Is This Scott Walker Farting? 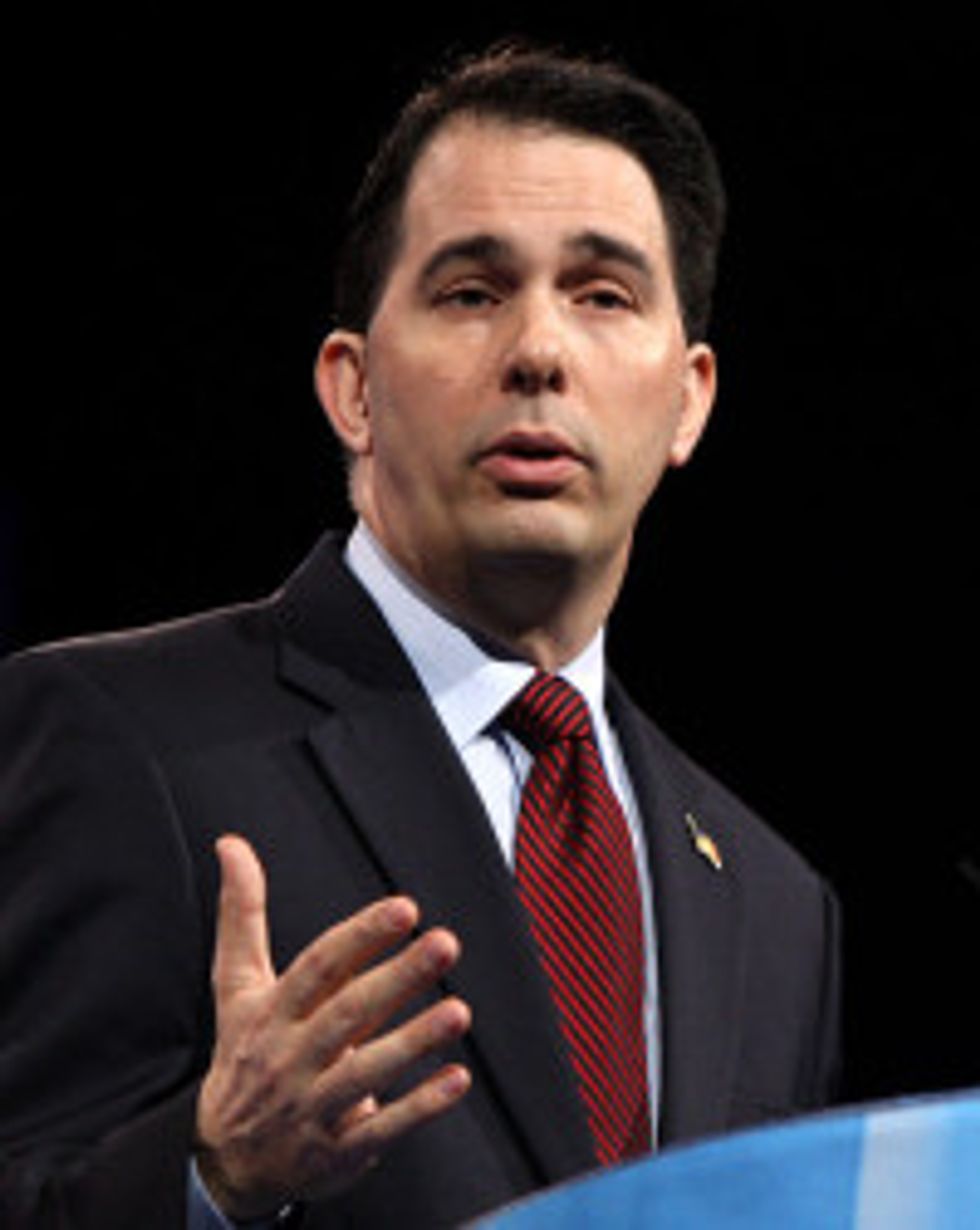 Wonket operative "Lisa" writes in with the HOT TIP about Wisconsin Gov. Scott Walker possibly making a pooty in his pants:

During the live feed of Scott Walker's Milwaukee Journal Sentinel editorial board meeting, I'm pretty sure he farted:

At 1h 1m 28-ish s, he pauses after saying the word "so," and a little poot can be heard. Some might argue that it was someone else in the room, but the timing is just too perfect. You know he had to stop talking so he could focus all his energy on trying to keep it in.

Enhance. It took us five plays -- we were ready to answer our own headline with "no" -- but we finally heard the bloaty gas squeak of GOVERNOR SCOTT WALKER FARTING during his discussion of why he should break the teachers unions and pay the teachers less because austerity or something probs. (We assume. We did not actually listen to his words to the Milwaukee Journal Sentinel editorial board, as we had other priorities, like listening to Scott Walker farting, which as you'll agree is pretty much the same thing.)

Our verdict: Scott Walker farted during his meeting with the Milwaukee Journal Sentinel editorial board, and it's the same as him talking, the end.

Mary Burke is the lady running against Scott Walker, just FYI, if you're interested and want to give her some money.