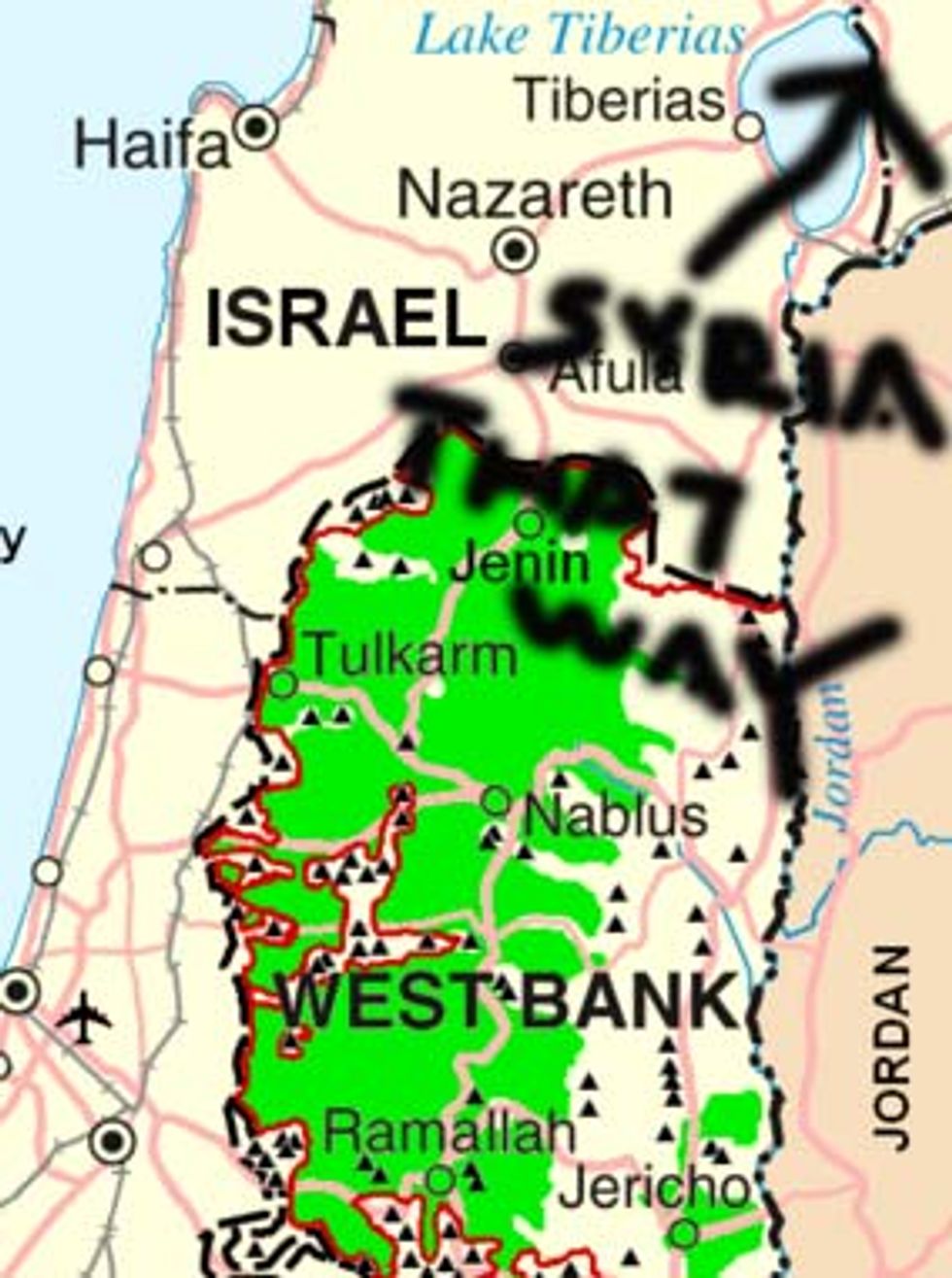 A happyMitt Romney Whitey Tape Day to each and every one of you! By now, you are well aware that Mitt simply does not care for the 47 percent of Americans who, due in part to tax-cutting policies put in place by Republican presidents, don't count Federal income tax among the array of taxes that they pay. But who else does Mitt Romney secretly hold in contempt, on video? And what other long-standing bipartisan foreign policy positions does he reject as unworkable? If you said "the Palestinians, collectively" and "a two-state solution to the Israeli-Palestinian conflict," you are correct! It turns out Mitt is "torn by two perspectives in this regard": On the one hand, the Palestinians are monsters who don't want peace; and, on the other, solving this problem is hard so why bother.

Here is more of Mitt Romney with his important thoughts about the Israeli-Palestinian conflict!

If your work has some kind of Romney-filter in place, take our word for it that, Mitt, while waxing geopolitical and showing off his smarts, states confidently that the West Bank borders Syria, which, for the record, is not the case, even a little! (See map above.) He also says, correctly, that pre-1967 Israel is only about seven miles wide around Tel Aviv, though he ignores the fact that a significant portion of the Palestinian population, including several good-sized cities, is just on the other side of the border there, so that making Israel any wider would involve ... forcibly evicting hundreds of thousands of people from their homes? That or giving them voting rights? Hmm.

But that is just a sideshow to his larger point, which goes something like this: if you made Palestine an independent country, probably Palestine would want to do what regular countries do, like run its own airport and control its own borders. But since it is 100% absolutely true that all Palestinians do not want peace, that would result in an Iranian nuclear bomb in Bethlehem, transported via Syria, within the first hour or so of Palestinian independence, so that's completely out. So, if the two-state solution, which has been the idea Republican and Democratic administrations have endorsed for more the 20 years, doesn't work, then Mitt must have some radical new ideas for this thorny problem!

And so what you do is you say, "You move things along the best way you can." You hope for some degree of stability, but you recognize that this is going to remain an unsolved problem. We live with that in China and Taiwan. All right, we have a potentially volatile situation but we sort of live with it, and we kick the ball down the field and hope that ultimately, somehow, something will happen and resolve it.

What Romney is saying, basically, is that if the Israeli-Palestinian conflict were a struggling corporation, Bain Capital would not bother to take it over and restructure it. There's just no upside there.

Oh, also, at the very end of the video Romney mentions casually:

On the other hand, I got a call from a former secretary of state. I won't mention which one it was, but this individual said to me, you know, I think there's a prospect for a settlement between the Palestinians and the Israelis after the Palestinian elections. I said, "Really?" And, you know, his answer was, "Yes, I think there's some prospect." And I didn't delve into it.

GUESSING GAME! There are four he-Secretaries of State still alive, all Republicans: Powell, Baker, Schultz, and Kissinger. Which one called up Romney with this exciting news about possible movement in one of the world's most intractable and geopolitically crucial conflicts? Enh, who cares, if he really had any idea how to fix this thing he would have done it while he was in office. Fuck that guy. Mitt Romney's got poor people to slag on, he doesn't have time for this. [MoJo]