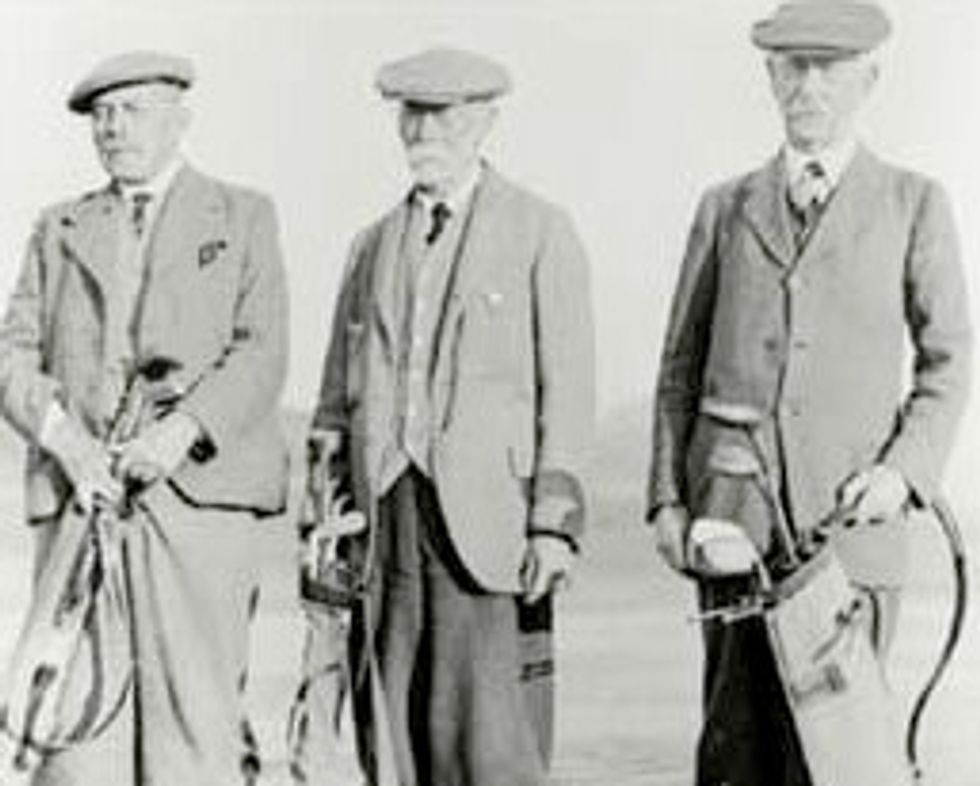 In today's edition of "Things That Are Impossible To Overstate, According To The News Media," we return to that years-old question of whether Barack Obama either modestly dislikes women, or hates every single woman's fucking guts. This was a hot topic last year when Barack Obama defeated a woman in a presidential primary, a heinous display of chauvinism. Why not crap on Susan B. Anthony's grave and punch Lucretia Mott in the boob, while you're at it? And now Obama has done something far worse: played various sports with coteries of men, instead of women. This is the very definition of being "pro-life."

The New York Times' Mark Leibovich, usually an excellent writer/reporter, posted a long, disturbing account of the Obama administration's overt sexism yesterday, perhaps because he was trying to show his sensitive side to the ladies. None of the top women who work in the White House -- Anita Dunn, Valerie Jarrett, Jen Psaki, and others who were not interviewed (Christina Romer RULES!) -- give a shit about Barack Obama playing basketball and golf with his male friends, but others... differ... somehow... what is this article even about?

One Democratic media strategist says that while Mr. Obama does place women in important roles, his comfort level with staff members is not always perceived as equal.

“There is a sense that Obama has a certain jocular familiarity with the men that he doesn’t have with the women,” said Tracy Sefl, an adviser to Mrs. Clinton’s presidential campaign who speaks regularly to some female aides in the administration.

In interviews, five women who work in the White House or advised officials there described the culture with more of a collective eye-roll than any real sense of grievance or discomfort. One junior aide, who like the other women spoke on the condition of anonymity because of concerns about appearing publicly critical, said that the “sports-fan thing at the White House” could become “annoying” and that her relative indifference to athletics could be mildly alienating. And while this is not uncommon in any workplace, sports bonding can afford a point of entree with the boss.

Did you carefully read what the ex-adviser to Hillary Clinton and the anonymous female junior aide said?? Damning! Obama must stop liking or playing sports, which no women enjoy ever. Of course, he'll never do it, and god forbid the rest of the MSM criticize "The One" for this.

Jake Tapper with the foxtrotting follow-up, just to be thorough:

We asked Terry O'Neill, the new president of the National Organization for Women, what she thought of those Democratic women and others quietly complaining about a "boy's club" atmosphere at the White House, as exemplified by the president playing basketball earlier this month with 11 members of Congress and four Cabinet Secretaries -- all men.

As the New York Times and cable news chatter looked at whether the Obama White House is too fratty yesterday, President Obama brought along a woman golf partner for the first time in his 24 golf outings as president, domestic policy adviser Melody Barnes.

Is this much ado about nothing?

No, indeed. This is more ado than (unemployment + pig AIDS)^(two lost wars) combined. More ladies, on more golf trips, or Obama will be forced to show... his birth certificate? Is that what the controversy was here? It's all a jumble.