It Is Official, Mitt Romney Is Christopher Walken From 'The Wedding Crashers' 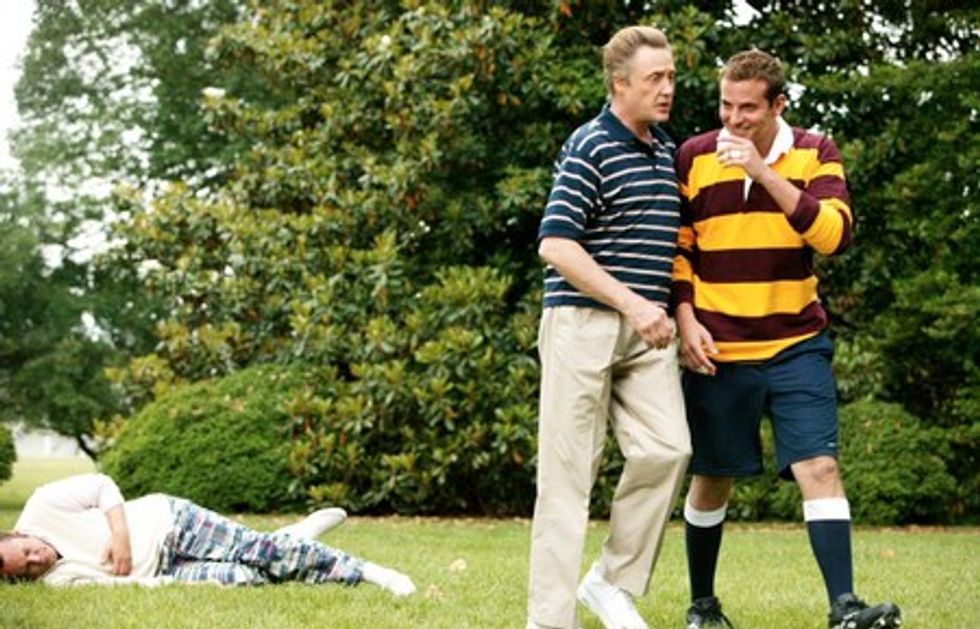 Good morning, Washington Post! What do you have for us this morning? Oh, three Internet pages on Mitt Romney's family outings to Lake Winnipesaukee? (AsAnn Romney noted, while calling Moochelle NoOBaMa an uppity bitch, they "have [their] own places" for summering.) And your reporter cannot even contain his terrible reporterly rage? Cool, let us read you.

WOLFEBORO, N.H. — This weekend, Mitt Romney is starting his annual summer vacation on his lakefront compound here — a week of fun and family, though not entirely carefree.

The Romneys, 30 in all these days, spend their time away from the stresses of everyday life — like, say, wrapping up the Republican nomination for president — by following a highly orchestrated, highly competitive regimen of sports and games known as the “Romney Olympics.”

The Romney Olympics have long included a mini-triathlon of biking, swimming and running that pits Mitt and his five sons and their wives against one another. But after Mitt once nearly finished last, behind a daughter-in-law who had given birth to her second child a couple of months earlier, the ultra-competitive and self-described unathletic patriarch expanded the games to give himself a better shot.

Now they also compete to see who can hang onto a pole the longest, who can throw a football the farthest and who can hammer the most nails into a board in two minutes — not exactly the kind of events they’ll be giving out gold medals for in London this month.

Those sound like awesome Olympics. Later in the piece, there is a nice bit about "Papa" building a stage for the grandkids' talent show, and making S'mores with them, so that is very nice.

Romney’s 13-acre estate features a six-bedroom house, a horse stable with guest apartments above it, a $630,000 boat house, tennis and volleyball courts and a shoreline stretching 768 feet, more than double the length of a football field, according to public property records.

But where will the 30 members of the Romney clan sleep?

It’s a property big enough to fit everyone, although the five sons have been e-mailing to negotiate sleeping arrangements. Some grandchildren will be relegated to couches and air mattresses.

They can't even sleep 30 without couches and air mattresses? We hope all you Class Terrorists are sorry for accusing the Romneys of having gotten rich off of outsourced and offshored jobs. Clearly, they are making do like the rest of us. [WaPo]