It Really Sucks To Be Ted Cruz Right Now 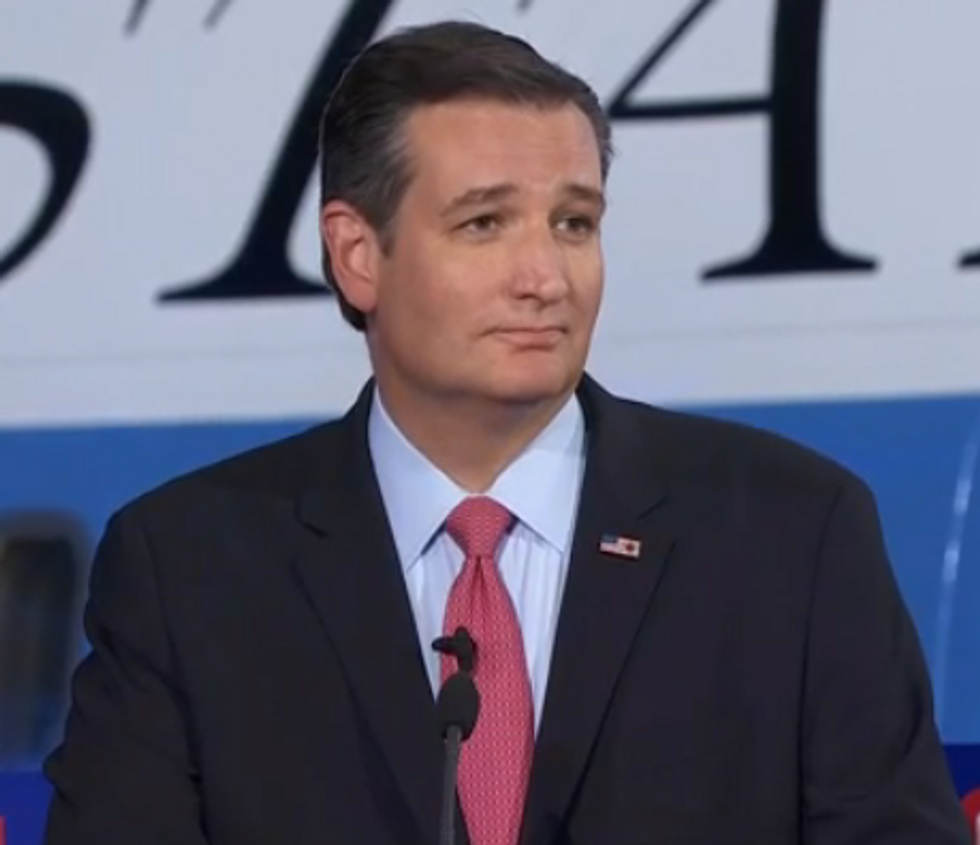 Couldn't be happening to a more deserving prick

[contextly_sidebar id="STiu2j7Pg3np7KtlNk3IOIxHiVfiSzjK"]Is Ted Cruz the most hated man in all the Americas that he is from? Duh. Every single member of the Republican Party hates his guts so hard, they'd rather support Donald Trump, whose guts they also hate, just not quite as much. (Except for Lindsey Graham, who recently endorsed Jeb Bush, so he really knows how to pick a winner. He hates Trump and Cruz equally.)

Even Jesus thinks Cruz is a deadbeat faker, which is accurate because Jesus was not, according to the Bible, a bloodthirsty proponent of killing people, for Jesus.

The famously limp-dicked 92-year-old Bob Dole got it up enough to say, "Oh yeah, screw that guy." To which angry little North American beaver Cruz responded, "No, screw you, old man!"

Speaking to reporters following a campaign stop in New Hampshire, Cruz said Dole, among others, were looking to continue the “cronyism” and “corruption” of Washington. “If you think of the last time we beat the Washington cartel it was 1980, it was the Reagan revolution, where millions of Americans rose up,” Cruz said. “And I would note that Mr. Dole then opposed Reagan, and said we need someone who can go to Washington who can cut a deal. Well the American people understood that’s not what we needed.”

Republicans hate Cruz so much -- how much? SO MUCH -- that they'd prefer literally anybody else on the planet, even the guy running on a platform of using magical socialist unicorn farts to turn America into Denmark:

Still, Cruz has become such a pariah that one of his colleagues, Sen. Richard Burr of North Carolina, told supporters at a campaign fundraiser for his own re-election that he would vote for liberal Sen. Bernie Sanders for president before Cruz, according to one person who attended the event. Burr did not appear to be joking, said the person, who demanded anonymity to discuss the private gathering.

Sen. Burr denied such scurrilous accusations that he'd rather vote for Bernie Sanders, insisted he "will support whoever the GOP nominee is," and blamed the Associated Press (which is refusing to give him the retraction his office is demanding) for "trying to create discord where there isn't discord by telling lies." Sorry, Sen. Burr, but we're inclined to TOTALLY BELIEVE this anonymous rumor, for our own amusement, because screw Ted Cruz and screw your whole party.

But why should Republicans get to have all the fun of hating the crap out of sniveling snot-rag Ted Cruz, right?

Sen. Jeff Yarbro (D) and Rep. Jason Powell (D), the legislators who proposed the bill, told the AP that their legislation is not directed at any particular candidate.

[contextly_sidebar id="x3Ad3wzo1nlmpGUUkDXlnontcb1BmQQk"]Contrary to Ted Cruz's foot-stamping that he is TOO a natural born citizen, the constitutional question of whether Canadian-born Cruz can be president has not yet been answered. Not by any court, anyway. Pretty sure we're getting a loud and clear "Heck NOPE!" from the rest of America, though.