IT'S A WIN! Homeland Security Finally Backs The F*ck Down On Trump's Sh*tty, Illegal Muslim Ban 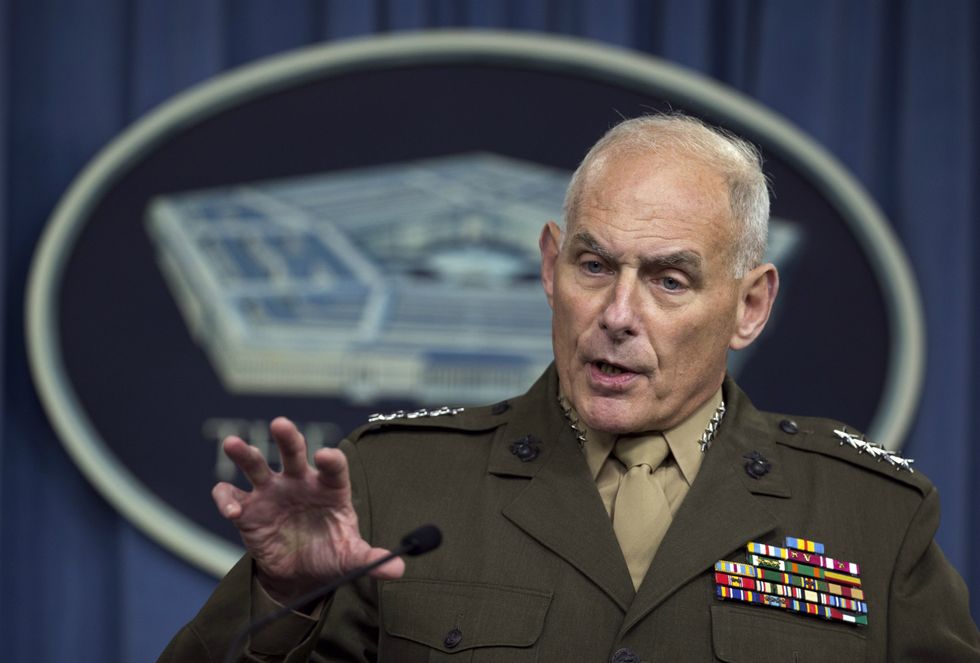 Guys? Looks like we made it! After "President" Donald Trump issued his prima facie unlawful executive order stopping travel for even permanent US residents -- illegal on its face due to the 1965 law stating there may not be discrimination in the issuance of visas based on national origin -- several federal judges ordered him to back the fuck down, stop canceling people's legally issued visas, and inform airlines that they must allow people with valid visas to travel to the US.

Trump and his Customs and Border Protection declined to do so, because of how they're a fucking junta.

But now, with last night's judicial order by "so-called judge" James Robart, DHS has backed the fuck down from pretty much every one of the executive order's crap elements.

The Department of Homeland Security said Saturday it won't force airlines to block foreigners with visas from boarding planes into the U.S. under President Donald Trump's travel ban.

The move comes as the State Department also announced it has reversed the cancellation of visas under Trump's executive order, which bars people from seven predominantly Muslim nations from traveling into America. The State Department had said up to 60,000 foreigners had their visas "provisionally revoked" since the order went into effect a week ago.

The departments' decisions essentially back up a federal judge who on Friday halted Trump's executive order.

"Those individuals with visas that were not physically cancelled may now travel if the visa is otherwise valid," the State Department said, adding that it is working with the Department of Homeland Security to enforce the move.

This comes on the heels of an extremely interesting Washington Post piece explaining how DHS Chief John Kelly was backed up by James Mattis and even Secretary of State Rex Tillerson on politely and respectfully telling President Steve Bannon that he was not in fact the president of them. (We imagine that Tillerson, as CEO of Exxon, was not used to having his thoughts disregarded by a gin blossom in monster form.) Some choice morsels:

On the evening of Saturday, Jan. 28, as airport protests raged over President Trump’s executive order on immigration, the man charged with implementing the order, Homeland Security Secretary John F. Kelly, had a plan. He would issue a waiver for lawful permanent residents, a.k.a. green-card holders, from the seven majority-Muslim countries whose citizens had been banned from entering the United States.

Respectfully but firmly, the retired general and longtime Marine told Bannon that despite his high position in the White House and close relationship with Trump, the former Breitbart chief was not in Kelly’s chain of command, two administration officials said. If the president wanted Kelly to back off from issuing the waiver, Kelly would have to hear it from the president directly, he told Bannon.

Did the grownups all get together at Prime Trump Pooptweeting Time, 2 a.m., to bitch about WHAT EVEN THE FUCK? They did.

At approximately 2 a.m. Sunday morning, according to the two officials, a conference call of several top officials was convened to discuss the ongoing confusion over the executive order and the anger from Cabinet officials over their lack of inclusion in the process in advance. [...]

One White House official and one administration official told me that Kelly, Mattis and Tillerson presented a united front and complained about the process that led to the issuance of the immigration executive order, focusing on their near-complete lack of consultation as well as the White House’s reluctance to make what they saw as common-sense revisions, such as exempting green-card holders.

Then what happened? Did they present a united front, once Jared Kushner was done shabbating, and hand President Bannon his ass? Let us ponder:

Later on Sunday, a larger senior staff meeting was convened with White House Chief of Staff Reince Priebus, senior adviser Jared Kushner and Trump himself, where all tried to make sense of the process and chart a path forward.

The president made a decision at that meeting that, following the already scheduled rollout of a executive order on regulatory reforms, all other executive orders would be held up until a process was established that included the input of key officials outside the White House.

That's right. They froze executive orders, like a common Muslim immigrant's visa, until they could figure out what was going on.

Never thought we'd be happy that the Exxon CEO was the voice of sanity in the White House, but Interesting Times, etc., etc.

In the meantime: YOU did this, Wonkette Nation, and Actual American Values Americans, and it is time to stand up and cheer and treat yourselves to something nice! I, for instance, am going to drink this nice lunch bourbon! You beat the first miserable, illegal order they made, by SHOWING UP with CORRECTLY SPELLED SIGNS and demanding our human rights!

Now it's time to prepare for the next one. Should be coming in about ... four hours. GET READY!