It's Cool, Border Police Probably Quiz ALL Tech Developers, Not Just African Ones 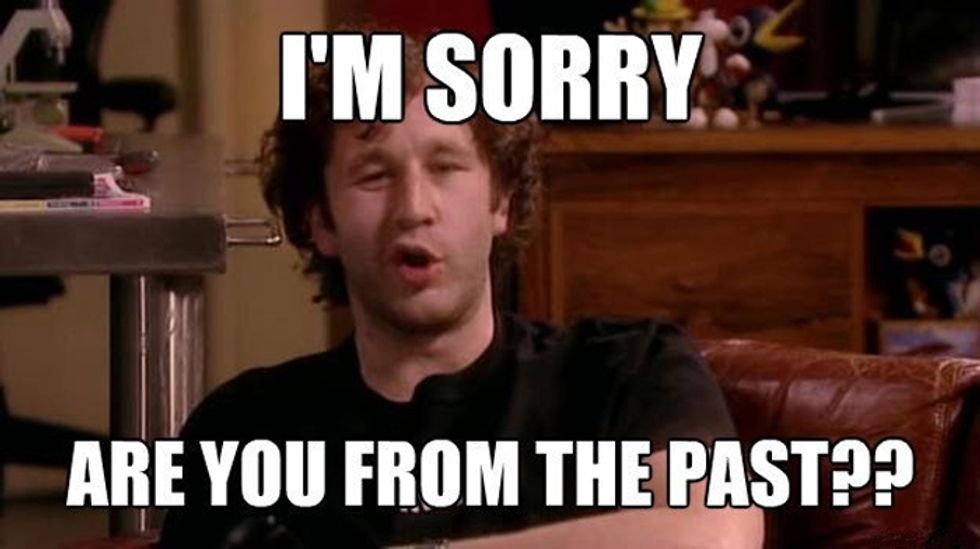 Just don't offer to play a 'text-based RPG' with the immigration agents, OK?

Latest dispatches from the War On Foreign People And Maybe Terrorism: Celestine Omin, a Nigerian software engineer on his way to meet with an American client in New York, was detained by Customs and Border Patrol (CBP) officers who wanted to make sure he was really a software engineer, so they asked him some questions about his work that sounded suspiciously like the kinds of questions you might get if you Googled “Questions to ask a software engineer.” Omin was eventually allowed past the Customs checkpoint after the CBP agents at JFK International had the bright idea of phoning his employers, after which he tweeted this trenchant observation:

The fun started on Sunday, February 26, when Omin finally arrived in New York after a 24-hour flight from Lagos; he's an employee of Andela, a company funded by Mark Zuckerberg and Priscilla Chan, that connects top tech developers from Africa with U.S. employers (so they can terk are jerbs!). Omin had been working with Andela for about six months, and was on his way to meet with an American financial tech company to help work on a JavaScript application for emerging markets. Once Omin got to the front of the customs line -- a 20 minute wait already -- the CBP officer seemed skeptical that this guy from Nigeria was really a software engineer, possibly because if Americans know anything at all about computers and Nigeria, it's that Nigeria is where all the scams come from. So no way do they have actual computer engineers there, and no way was his short term B1/B2 visa valid, because who ever heard of a black computer guy (except in Die Hard and The I.T. Crowd, and those were fictional black tech guys, just like all the black presidents played by Morgan Freeman in science fiction movies).

Omin was taken to a small room and told to wait, which he did for about an hour, and then a different CBP officer came in:

“Your visa says you are a software engineer. Is that correct?” the officer asked Omin in a tone the engineer described as accusatory. When Omin said it was right, the officer presented him with a piece of paper and a pen and told him to answer the following questions:

“Write a function to check if a Binary Search Tree is balanced.”

“What is an abstract class, and why do you need it?”

Omin told LinkedIn editor Caroline Fairchild that the questions didn't make a lot of sense to him, especially after not having slept for a full day and being jet lagged. They could have multiple answers, and struck him as the kind of thing you might find on a search engine if you knew nothing about computers but wanted some examples of questions a software engineer might deal with. Exhausted and “too tired to even think,” he did his best for about ten minutes, then handed the paper to the CBP guy, who told him the answers were wrong.

“No one would tell me why I was being questioned,” Omin told me by phone. “Every single time I asked [the official] why he was asking me these questions, he hushed me… I wasn’t prepared for this. If I had known this was happening beforehand, I would have tried to prepare."

“That is when I thought I would never get into the United States,” he told me with noticeable fear in his voice.

Omin is pretty sure his answers, if read by another software engineer, were just fine, but they probably didn't match up with whatever the CBP guys had Googled, and were therefore "wrong." He said he suspected the officers had no technical training and wouldn't know a right answer from a wrong answer. We guess they figured you could find an easy shibboleth for real software engineers, just like the Americans in old movies who asked baseball trivia questions to ferret out Nazi spies, then shot the one guy in the platoon who didn't follow sports.

Just as he was mentally preparing himself to be deported back to Nigeria, the CBP guy told him he was free to go:

“He said, ‘Look, I am going to let you go, but you don’t look convincing to me,’” Omin said. “I didn’t say anything back. I just walked out.”

Omin later found out that the CBP officers had hit on a better idea than random Googling, and had called Andela, where they spoke to one of the firm's co-founders, Christina Sass. She verified that yes, Celestine Omin worked for Andela, and why do you ask? Jeremy Johnson, the other co-founder of Andela, told Fairchild this was the first time any of the over 100 African software developers they've worked with has had any trouble entering the U.S. Hey, welcome to the New Cruelty!

“Celestine was the first software engineer at one of the most visible e-commerce sites in Africa and is exactly the kind of person we want coming to America and sharing his skills,” said Johnson, who was named to LinkedIn’s Next Wave last year. “Tapping into brilliant minds like Celestine’s is a huge help to many American companies who are struggling to find talent.”

On Climate, Tucker Carlson Teaches Bill Nye How To Be So Open-Minded Your Brain Falls Out. Your Open Thread!

But what about American tech workers, who are losing their jobs to all these immigrants who need to be kept out? Turns out we aren't graduating enough of them, possibly because we're too busy making young folks learn that critical thinking is a threat to Jesus and that science is all fake anyway. The problem is that for every web developer seeking a job in the USA, there are five available jobs, which is why tech firms are hiring so many foreigners and using firms like Andela to find them. Or if you're Steve Bannon, you just whine that there are too many Asians working in tech fields. (Yeah, and too many Americans major in useless fields like "Rhetoric and Composition," damn us.)

Trump Just Deporting The Fuck Out Of Everyone Now

Home Of The Scared

As for CBP, a few days after Fairchild's article went online and Omin's Twitter feed exploded with good wishes from outraged geeks, the agency sent a statement that sounds a hell of a lot like other denials we've heard from them lately, advising that the agency definitely "does not administer written tests to verify a traveler’s purpose of travel," but also declining to comment on Omin's experience, because privacy, you know. The spokesperson also advised Fairchild, a bit ominously we think, that travelers seeking entry to the Home Of The Terrified "bear the burden of proof to establish that they are clearly eligible" and "must overcome all grounds of inadmissibility."

Translation: If you're a foreigner with technical expertise traveling to the USA, make damn sure you have more than just a visa in good order. Try to ensure someone here is available to vouch for you; it may help if your U.S. contact is white, rich, and/or has some social standing. Mr. Omin, at least, is glad to know the Internet has his back:

Still, if you need to come to the USA, make sure before you leave to Google your own field, so you can explain your work in words CBP agents have looked up online.

[LinkedIn Pulse via BleepingComputer via BoingBoing]