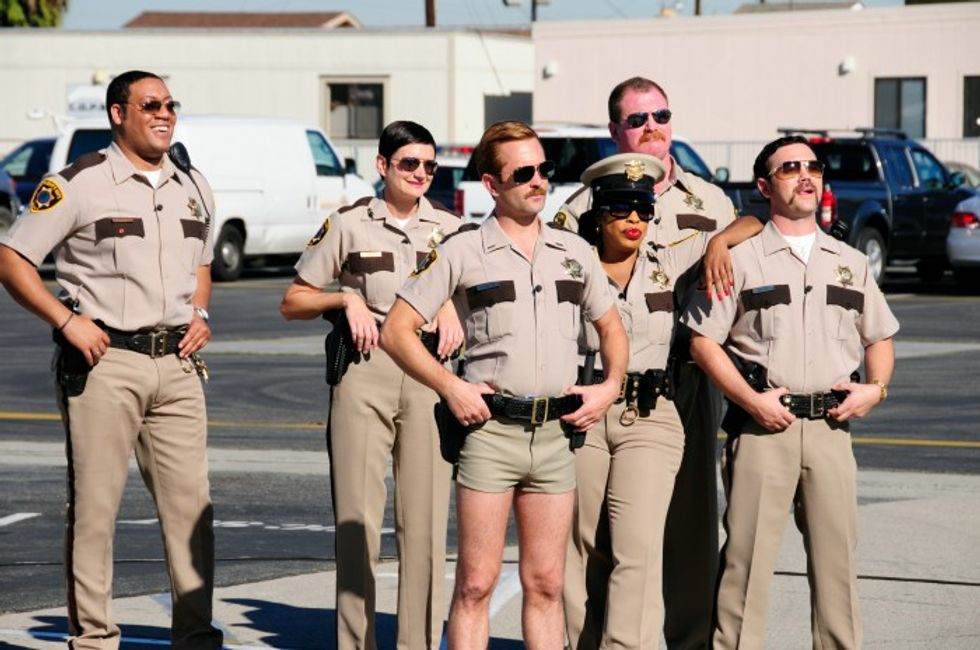 Say, have you noticed that the Secret Service really seems to suck lately? This is what we hear, at least, what with theletting a guy jump the fence and then take a self-guided tour of the White House, the news that their forensics skills were outclassed by the housekeeping staff, and now this latest jaw-dropper, the news that President Obama rode in an elevator with a guy who had several convictions for assault and battery, and also, oh yes, a gun that Secret Service agents didn't know about. While Obama visited the CDC in Atlanta last month, a private security guy hopped on an elevator along with the President and his Secret Service detail:

The private contractor first aroused the agents’ concerns when he acted oddly and did not comply with their orders to stop using a cellphone camera to record the president in the elevator, according to the people familiar with the incident.

When the elevator opened, Obama left with most of his Secret Service detail. Some agents stayed behind to question the man and then used a national database check that turned up his criminal history.

When a supervisor from the firm providing security at the CDC approached and discovered the agents’ concerns, the contractor was fired on the spot. Then the contractor agreed to turn over his gun -- surprising agents, who had not realized that he was armed during his encounter with Obama.

That there is some serious bullshit. And just to make matters that little extra bit worse, it looks like Secret Service director Julia Pierson never actually told the President about it:

In response to a question at a combative House hearing Tuesday, Pierson said she briefs the president “100 percent of the time” when his personal security has been breached. However, she said that had happened only one time this year: when Omar Gonzalez jumped over the White House fence Sept. 19 and was able to burst into the mansion.

Look, it was only a guy with several assault convictions and a gun. No need to worry Barry over it, right? And after all, the fellow was kind enough to voluntarily turn in his gun, so no harm, no foul.

We think Rachel Maddow captured just about the right tone of incredulity at the whole depressing fuck-tussle Tuesday: