It's Okay, You Guys, Sarah Palin Is Just 'Writing' A Fitness 'Book' 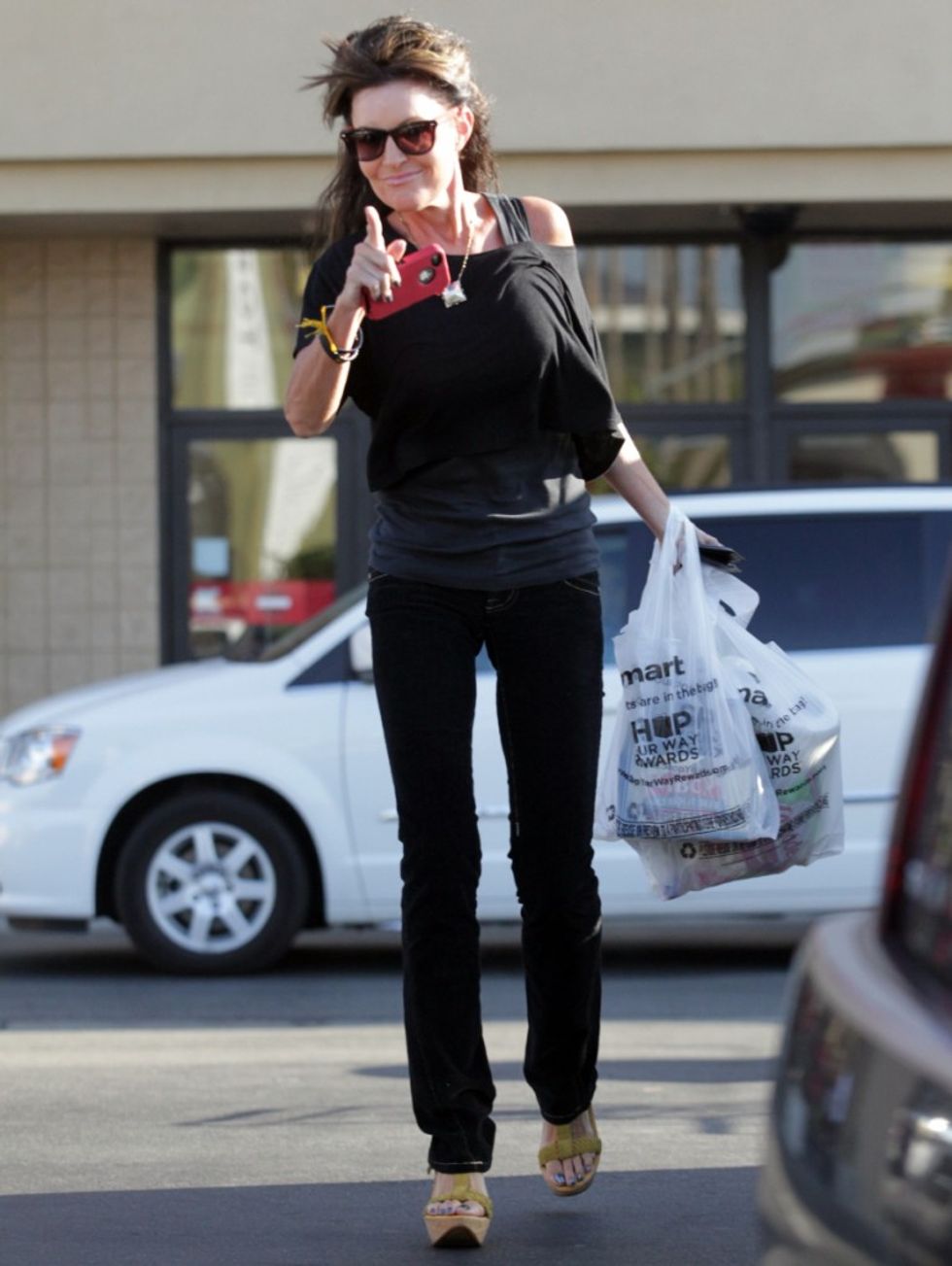 It seems like just yesterday we wereworried about Sarah Palin! The wraithlike skin-sack of hollow bones clomping around Los Angeles this week was not the GILF you've hatefucked in your brainpan so many times throughout the years, but instead gave us a huge anti-boner of sad. (That this led to accusations in the comments that we were "body-shaming" is too bad, since it was by far the nicest thing we'd ever written about Palin, and also since this is not Jezebel. What's next, accusations of cisgendered heteronormative hegemony?) But it is okay, you guys! People magazine did the hard work of asking Palin, what the fuck is up with your bone-sack? And Palin replied!

In an email to PEOPLE on Tuesday, Palin – who's known to treat houseguests to a smorgasbord of homemade treats such as moose chili, chocolate cream pies, pecan pies and lemon meringue pies – wrote, "Our family is writing a book on fitness and self-discipline focusing on where we get our energy and balance as we still eat our beloved homemade comfort foods!"

Palin, 48, says she will discuss the topics in "our unique and motivating book."

"We promise you what we do works and allows a fulfilling quality of life and sustenance anyone can enjoy," she adds.

It is unclear if Palin has a contract for the upcoming book or when the work will be published.

That's cute, People, the little bitch-meow at the end, but no. It is not "unclear" if Palin has a contract for the upcoming book -- if she had a contract, it would have been Drudge siren news like it always is whenever the brood grifts its way into another paycheck, like we hear about whatever idiot reality thing the phlegmatic Todd's signed up for this time. As for when the work will be published, we are going to say "never," because that might entail writing a book, since we don't think "fitness" is one of Palin Family Ghostwriter Nancy French's topics of expertise.

As for their homemade treats, we can't imagine lemon meringue goes well with secret bags of Taco Bell consumed alone in her room with the door closed, but eh. We could be very wrong about that!

In any case, we are glad (you say) you are okay, Sarah Palin. Maybe soon you can get back to being hotter than Julianne Moore played you, which is the first statement in history that came out of Bristol Palin's mouth with which we can agree!