It's Time To Save 'Libraries' From The Koch Brothers, All You Four-Eyes Pointy-Headed Smarties! 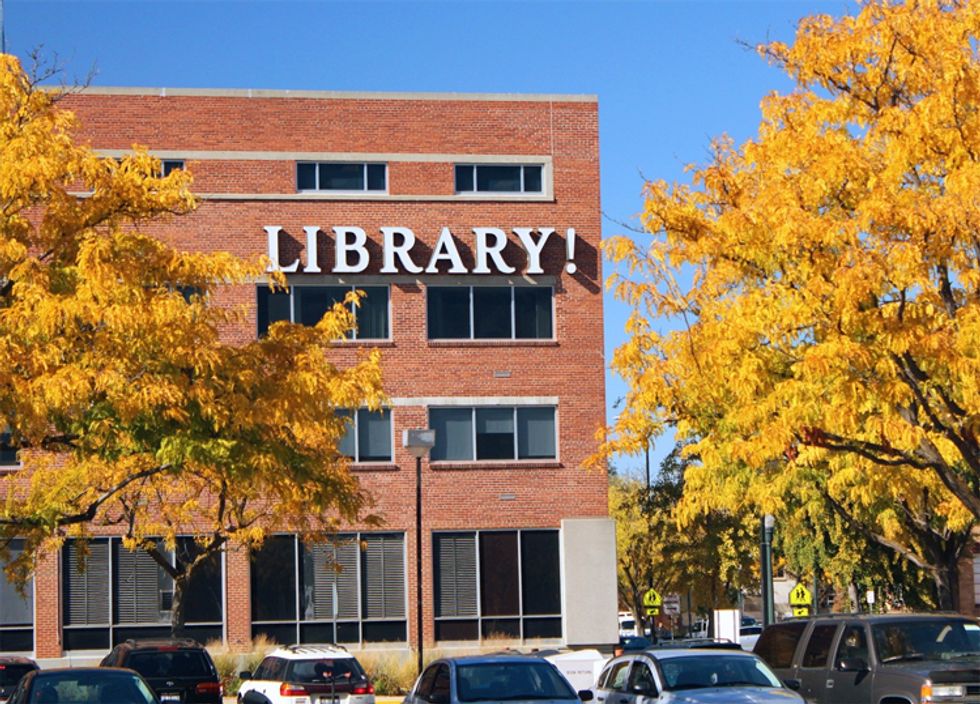 Yr Dok Zoom's Library! in Boise; not currently threatened by the Kochs. Yet.

When you think of Charles and David Koch and their dreams of remaking America into a libertarian paradise, you generally associate them with campaigns to elect rightwing candidates who promise to never raise taxes or regulate industry, but their tentacles extend much farther than national campaigns for candidates. As we've noted previously, their front group "Americans For Prosperity" (AFP -- but not Agence France Presse) has also taken aim at local elections on public transit funding, because government should never be in the business of helping people for any reason. In 2015, they murdered a Nashville plan to improve transit, out of pure libertarian principle of course. They also fought against a funding measure for the local zoo in Columbus, Ohio. And now they're going after public libraries, because if people want access to books and videos and computers and children's story hours and public meeting spaces, they should damn well pay for them themselves, not leech taxpayer dollars for the "good" of the "community."

In Illinois this fall, AFP went after a ballot measure to fund the building of a new library in West Dundee, a smallish outer suburb of Chicago, because All Taxes are Bad, and that's why the Fox River Valley Public Library election was defeated. It would have been an impressive, 21st-Century library serving several area communities, but AFP spent a few thousand bucks on scary flyers saying TAX INCREASE, and that was that: no nice things.

AFP also pushed a bill in the Illinois state legislature to eliminate the ability of local library boards to manage their own budgets, instead placing a "budget cap" on local governments that would force libraries to eliminate any improvements in services that might result in a higher budget. It hasn't passed yet, but it's just another of the ways the Kochs are working to make life difficult for small town libraries, which are of course a waste of money. In Plainfield, Illinois, another library referendum this spring was killed off, thanks in part to misleading robocalls from AFP claiming enormous tax increases were on the way -- even though the property tax increases necessary would have been minuscule. They've also gone after public libraries in Kansas, because of course they have -- Kansas is Koch Country.

Fans of libraries tend to be a prickly bunch, however, and so the group EveryLibrary has launched a funding drive to mobilize library supporters to fight Koch-funded anti-library measures. Their initial goal is a modest $10,000, which can actually go a pretty long way in small-town political campaigning. If you have a few bucks to spare, maybe you could go help 'em out. Libraries are good things, you know? Good enough to deserve an exclamation point, like the one on the sign for the Boise Public Library!