It's Unofficially Official: Hillary Clinton Is Secretary of State 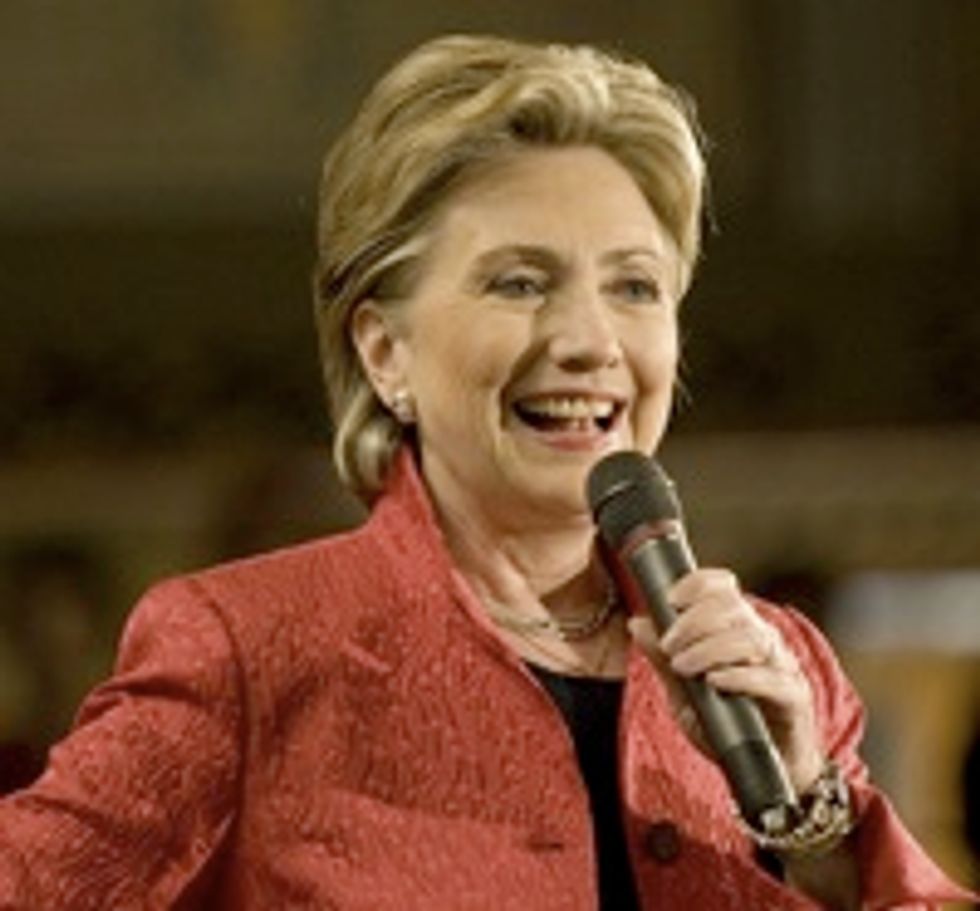 Now, of course, Barack Obama will be able to just sit on this donor list, and anytime Hillary Clinton thinks about doing anything out of line or "going rogue," he will just randomly pick a name off the list and be like, "Oh okay well I guess nobody will mind if I let it slip that Bill took a half-million dollars from this shady Kazakh billionaire pedophile Marxist guerrilla Bilderberg mastermind." PROBLEM SOLVED.

This works out well for Hillary, too: She doesn't have to wait for Ted Kennedy to die or retire so that she can fuck up health-care reform, again, and now she has a chance to really "make a difference" by doing whatever Joe Biden tells her to do.