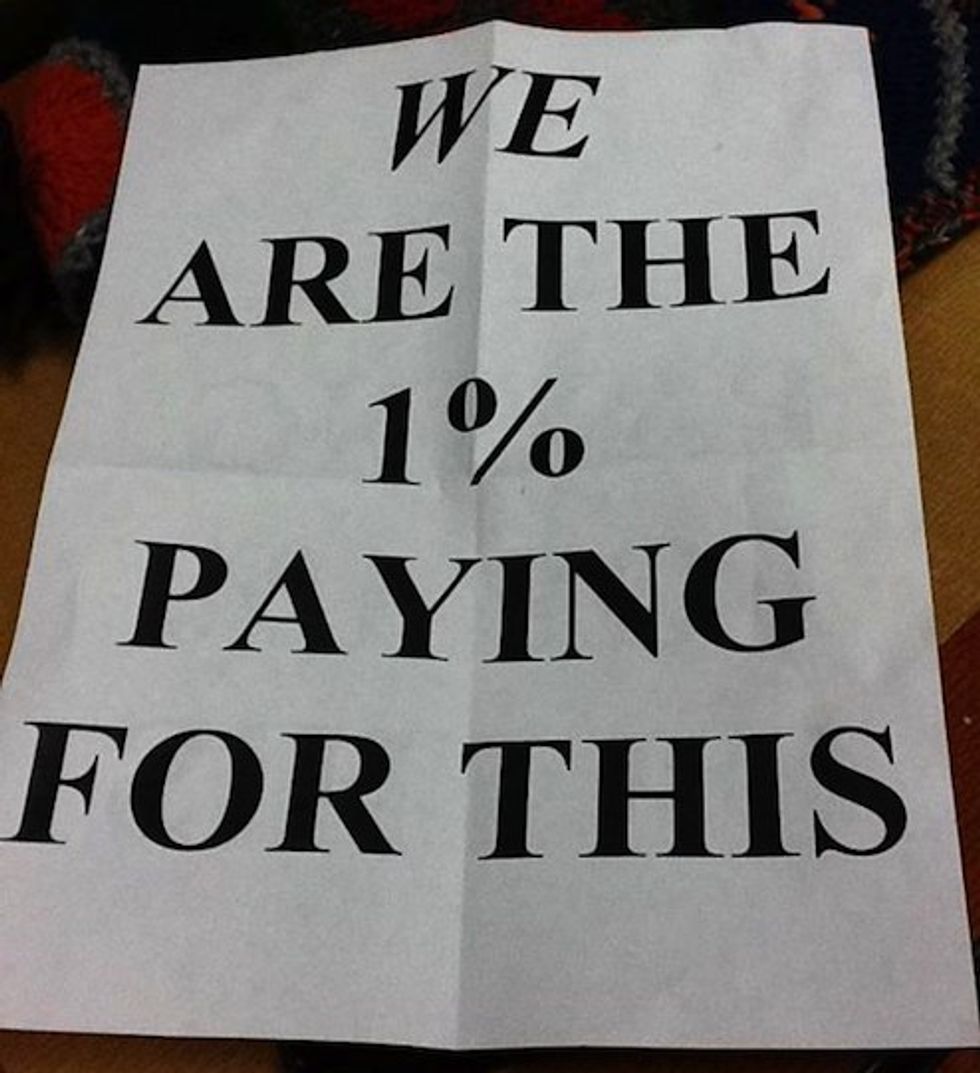 What are the nation's nervous mid-level financial managers up to this week? Oh, just freaking the hell out, and making weirdly vague flyers on the office copier to dump on the throngs of protesters outside every day.

Wonkette operatives from the Occupy Chicago protests sent along this delightful photograph proving that the Banking Class is finally terrified of the harmless, jobless students and workers milling about day after day forever beneath those glass towers soon to be repossessed by either China or Justice.

And were any actual 1-percenters involved in this dumb fear stunt? We are thinking, "Ha ha, of course not, because this has all the marks of Asshole $100K Salaryman on it." You need an average annual income of $2,196,124 -- and at least $200,000 a year -- to be in the Top 1% of U.S. earners, according to the latest federal statistics from the Social Security Administration. The people making $2 million plus are not running off copies in the office insulting the protesters -- because the people making over $2 million a year are keeping as low a profile as possible right now, excepting those running for president. They get Secret Service protection.

Also: Has the number of bodyguards and plainclothes police and private security in obvious public view on New York's Upper East Side dramatically increased since, say, the last time your editor was in town about a year-and-a-half ago? Because it was outrageous yesterday. We are reminded of Russian Mobsters with their dozen musclehead black-suited thugs outside every "luxury goods" store or "hooker nightclub" in Eastern Europe, in the 1990s. [Occupy Chicago]