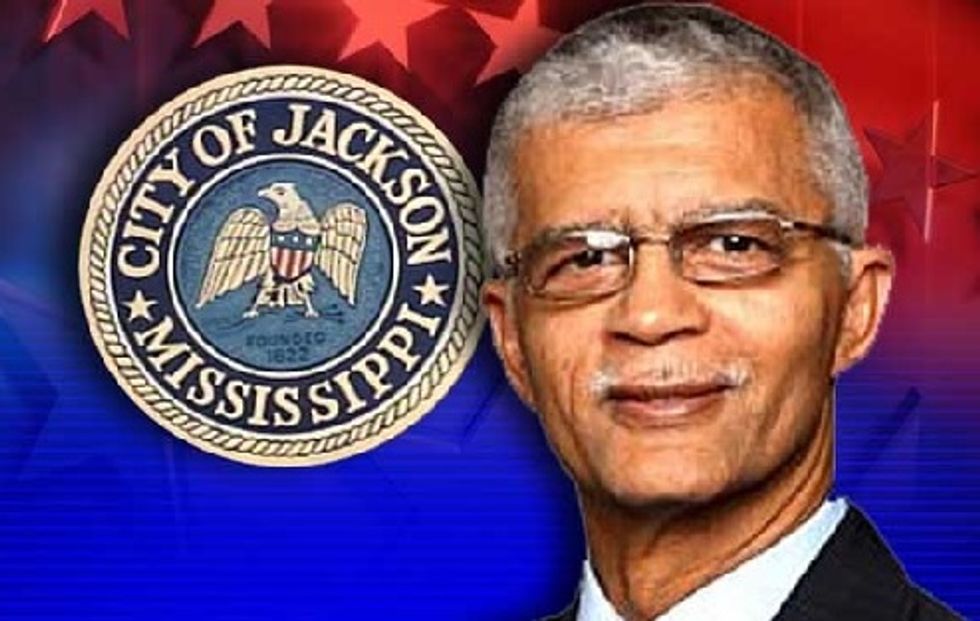 Let's take a moment to remember somebody who we just heard about for the first time yesterday when we saw the news that he'd died:Jackson, Mississippi, Mayor Chokwe Lumumba, who died suddenly Tuesday of unknown causes. Seriously, Jackson Freaking Mississippi had a mayor who was born in 1947 with the name "Edwin Taliaferro," but then changed his name in 1969 to be all Black Power-y:

He said he took his new first name from an African tribe that resisted slavery centuries ago and his last name from the African independence leader Patrice Lumumba.

He moved to Jackson in 1971, then went to law school in Michigan in the '80s and came back to Jackson and did law stuff in 1988. And somehow, instead of scaring Fox News at election time, he got himself elected to the Jackson City Council, and then last summer, as Mayor. How is it that this man was not nationally famous? Let's learn more about awesome things he did.

Just to add to his overall awesome, his lawyering was pretty impressive, too:

Mayor Lumumba has won settlements and/or judgments for victims of medical malpractice, employment discrimination, sexual harassment and police misconduct. He has worked in high profile cases such as the representation of the late Tupac Shakur.

In 2011, he helped win the release of the Scott Sisters who had served 16 years of double life prison sentences for an $11.00 (eleven-dollar) robbery which they did not commit. He also successfully represented Lance Parker who was falsely accused of assault during the 1992 Los Angeles uprising which followed the brutal beating of Rodney King.

As Mayor, he managed to persuade voters to approve a sales tax increase to fix the city's infrastructure -- again, in a Southern city in Tea Party territory.

And how is it that this part of his history wasn't all over the wingnuttosphere?

Mr. Lumumba was involved with the Republic of New Afrika in the 1970s and ’80s. He said in 2013 that the group had backed “an independent predominantly black government” in the southeastern United States. Mr. Lumumba was vice president of the group for a time. The group also supported reparations for slavery, and was watched by an F.B.I. counterintelligence operation.

“The provisional government of Republic of New Afrika was always a group that believed in human rights for human beings,” Mr. Lumumba told The Associated Press in a 2013 interview. “I think it has been miscast in many ways. It has never been any kind of racist group or ‘hate white’ group in any way. It was a group which was fighting for human rights for black people in this country and at the same time supporting the human rights around the globe.”

You'd expect that a bio like that would have provoked a million rightwing freakouts, and yet apart from one or two wingnut blogs proclaiming him the equal of Van Jones and Jeremiah Wright when he was elected, he somehow managed not to attract much attention from haters.

It's just pretty damned unfair when the first time you hear about someone this interesting is when you read their obituary. Chokwe, we didn't knew ye, and we're kicking ourselves for that. Michiganderites and Mississippers, please tell us more about what we missed out on.