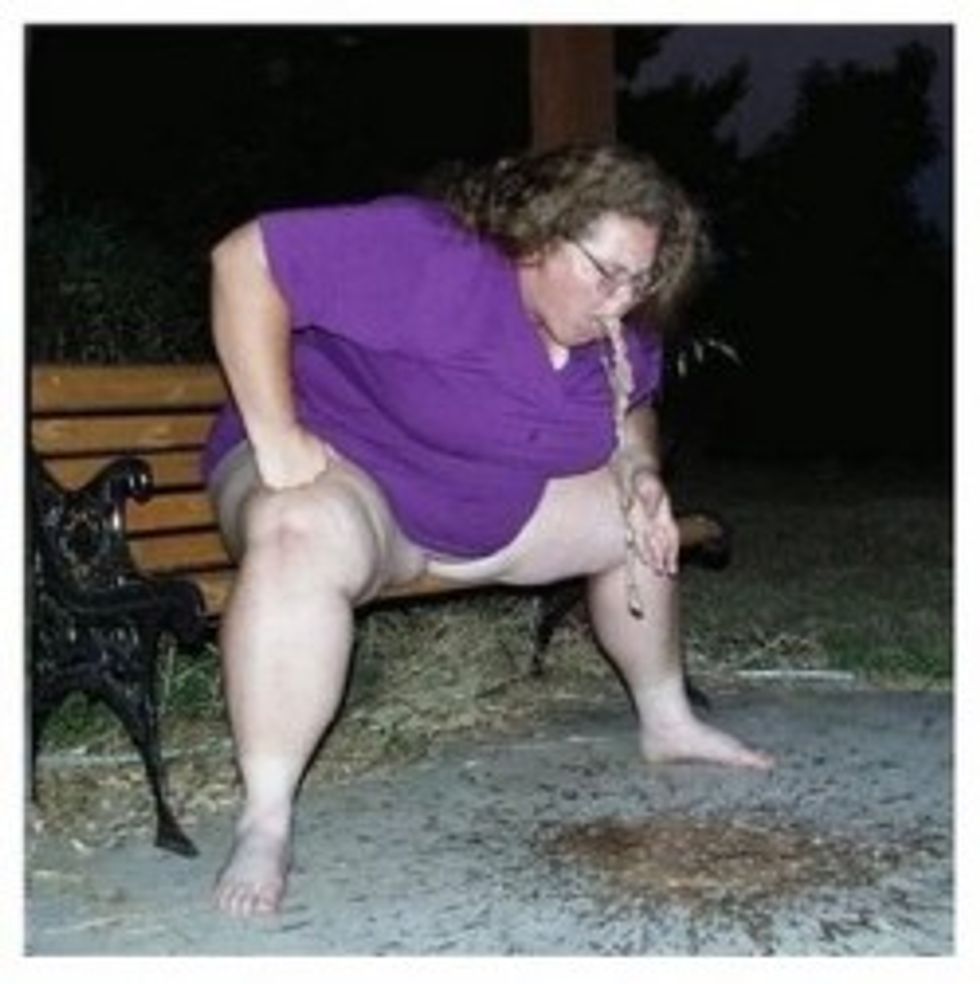 Oh Charlene Idelle Hunziker, 47, of Council Bluffs, Iowa, gurrrrl,don't you ever change! First, a liquid lunch at PF Chang's, where you harass all the customers about NOBAMA being a Muslin; second, embarrass your daughter so much that she leaves you down in Chinatown (or at least the West Des Moines version thereof); third, explain to the copper on call that you don't need jailing, as that is for little people, like Democrats, and not fine upstanding Republicans like you; four, ?????; and five, PROFIT!

Officer Chris Morgan said in his report that when he arrived, Hunziker reportedly yelled at him and said he didn’t need to be there because “she was a Republican.”

Hunziker reportedly refused a sobriety test and admitted to having consumed alcohol, but insisted she was not drunk, according to the report.

A witness reportedly told Morgan that Hunziker was drunk and had been bothering other customers with her opinions about the previous night’s presidential debate, her support for Romney and her belief that “Obama had ruined this country and ... Muslims were causing America all these problems.”

But all of those things are simple objective FACT! Why is the West Desmoines Gestapo jailing Charlene Hunziker for her Constitutional Right of Free Speech (drunkenly yelling about Muslins and refusing to leave someone else's private property)??? Next thing you know, someone will put her in a gulag by criticizing her drunken race-baiting!

We for one would never do that.

En route to the police station, where she was booked before being transported to the Polk County Jail, Hunziker reportedly said that “she was doing this because she was a good mother.”

One good mother to another.