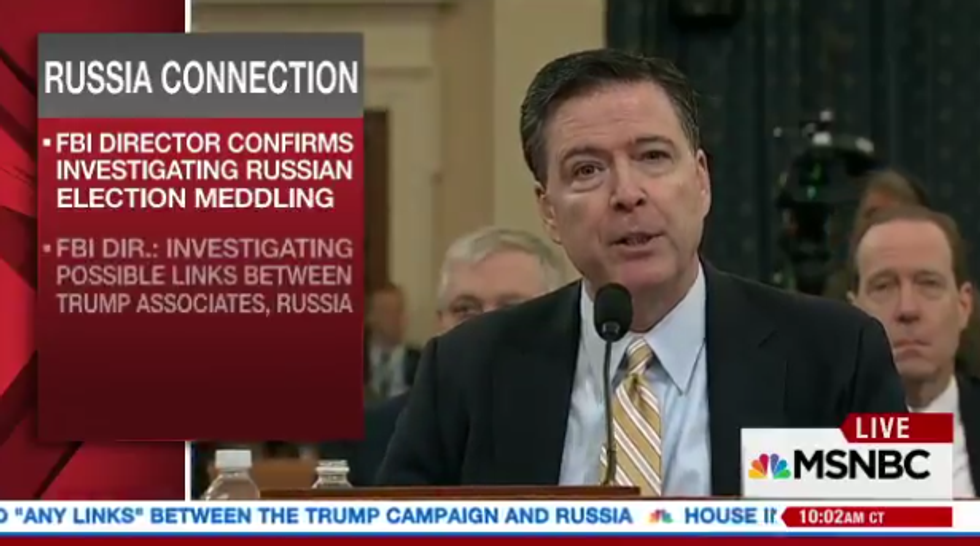 It's his big day!

Well, well, well, the House Intelligence Committee's little funtimes playdate with FBI Director James Comey and NSA Director Admiral Mike Rogers has gotten underway, and we have a few updates for you! For one thing, Comey was finally able to confirm, FOR OFFICIAL, that there is an ongoing investigation into Russian meddling in the 2016 election to help elect Pussgrab Trump, and that there is an investigation into possible collusion between Trump and said Russians. And the choir said, "AMEN, NO SHIT, BRO!" But this is the first official confirmation, and Comey gave it.

Let that sink in: The PRESIDENT is UNDER INVESTIGATION like a common RUSSIAN SPY VERSION OF RICHARD NIXON.

Another big piece of news is that Comey walked up to the raging dumpster fire that is Trump's bullshit claim that he was the victim of a "wire tapp" from Obama, unzipped his trousers, and whizzed all over it:

BREAKING: Comey shoots down Trump's wiretapping claims: "I have no information that supports those tweets." https://t.co/OvKyiXJzndpic.twitter.com/Silbif61sL