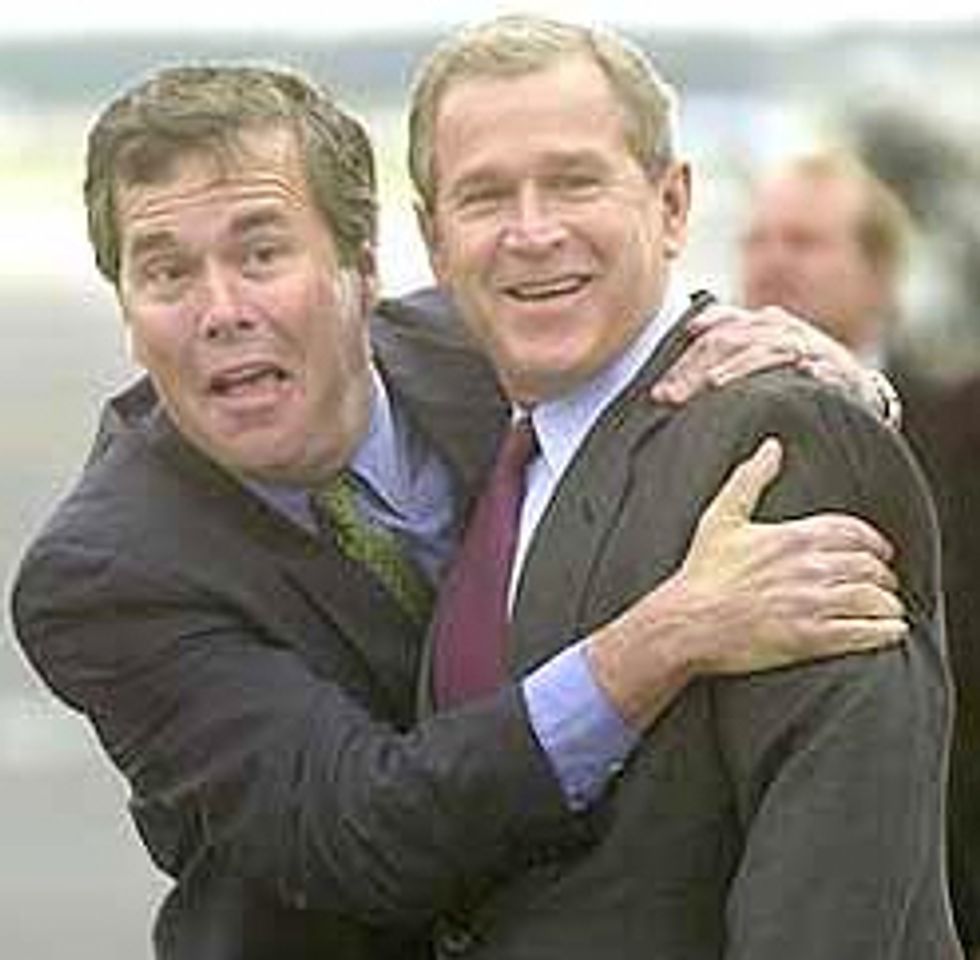 Grass-fed Florida alligator Jeb Bush, the man who supposedly can't run for president because of his last name but whose endorsement and support the party appears to deem critical, has given up looking for a White Knight to endorse and will just pretend to like Mitt Romney instead. Hehas made his endorsement today, half-assedly, months after the Florida primary, now that Mittens has "earned it." (This is what they call winning a primary in a moderate state where you outspend your opponents 21-1, now.)

Look at the effusive praise Jeb Bush golden-showers upon our man Mitt: Well, we're almost done with this thing now, so let's just support this loser and see what happens.From the WaPo:

“Congratulations to Governor Mitt Romney on his win last night and to all the candidates for a hard fought, thoughtful debate and primary season,” Bush said in a statement released by his office on Wednesday morning. “Primary elections have been held in thirty-four states, and now is the time for Republicans to unite behind Governor Romney and take our message of fiscal conservatism and job creation to all voters this fall. I am endorsing Mitt Romney for our Party’s nomination.”

Whoo yeah! Everybody chant; Mitt, Mitt, he's our man, if he can't do it, then that will not be especially surprising!

“He’s lost any hope that we’ll have anyone better ,” said one senior Republican operative about Bush’s decision to endorse Romney. Added another veteran Republican strategist who occasionally talks to Bush: “I know he wanted to see someone earn it and he had some early foibles with Mitt.”

Now there's only one big fish left in the pool of available endorsements: George W. Bush. Where's that guy? His endorsement could have, well, a noticeable effect.