Jeb Bush, Liberated By His Own Irrelevance, Says GOP Is 'Short-Sighted' 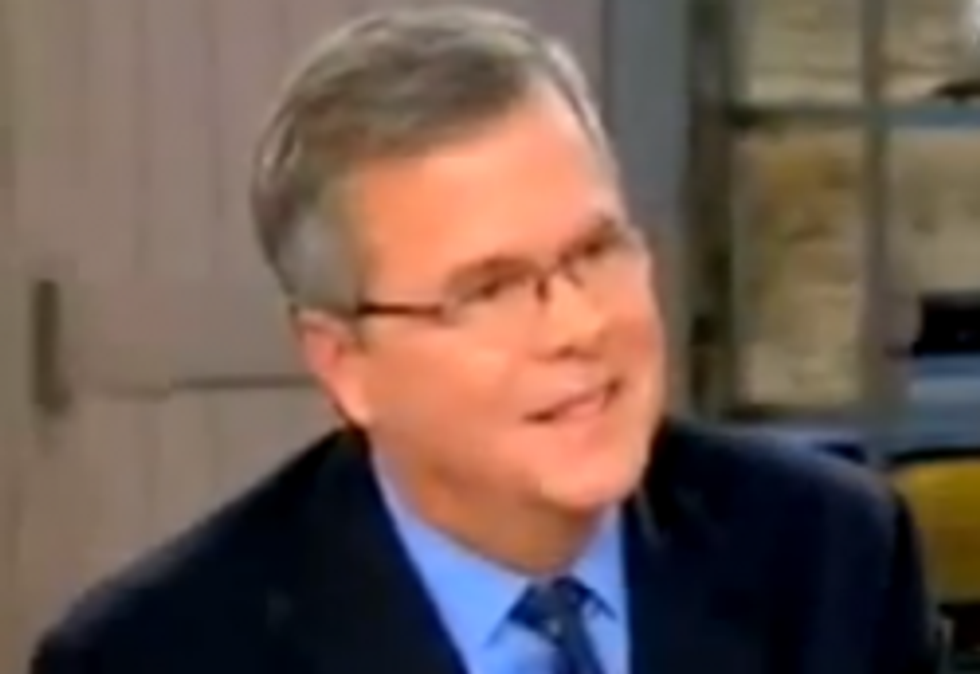 Remember a very long time ago, during a Republican presidential debate last August (oh my god, TIME), when one of those moderator fellows asked the candidates whether they would reject a debt deal that required 10 dollars in spending cuts for every dollar in tax increases, and how everyone raised their hand to say that they would reject such a deal, even though Jon Huntsman later admitted that he didn't mean to raise his hand, because he is not actually crazy? Well, Jeb Bush would now like to say that, because no one cares, he is free to admit that he would accept such a deal, and that also, the Republican party in general is "short-sighted" on immigration and tax policy issues, but he is only saying this because he is not running for office, and because Charlie Rose made him feel that he was in a safe space.

Granted, Rose, in a CBS interview Thursday morning, prompted Bush by asking whether he was "worried about the direction of your party." But Bush was happy to opine that, well, yes, his party is "short-sighted" on two of the huge issues that it tends to dwell on: taxes and immigration.

In other turncoat news, enlightened vegan Bill Clinton thinks that Obama should lay off attacks on Romney's tenure at Bain Capital and says he thinks Romney actually did wonderfully as a businessman, and Obama supporter Jackson Browne says he will still vote for Obama in November but the singer is not that into him at all, because he is now just "the lesser of two evils."[Think Progress]