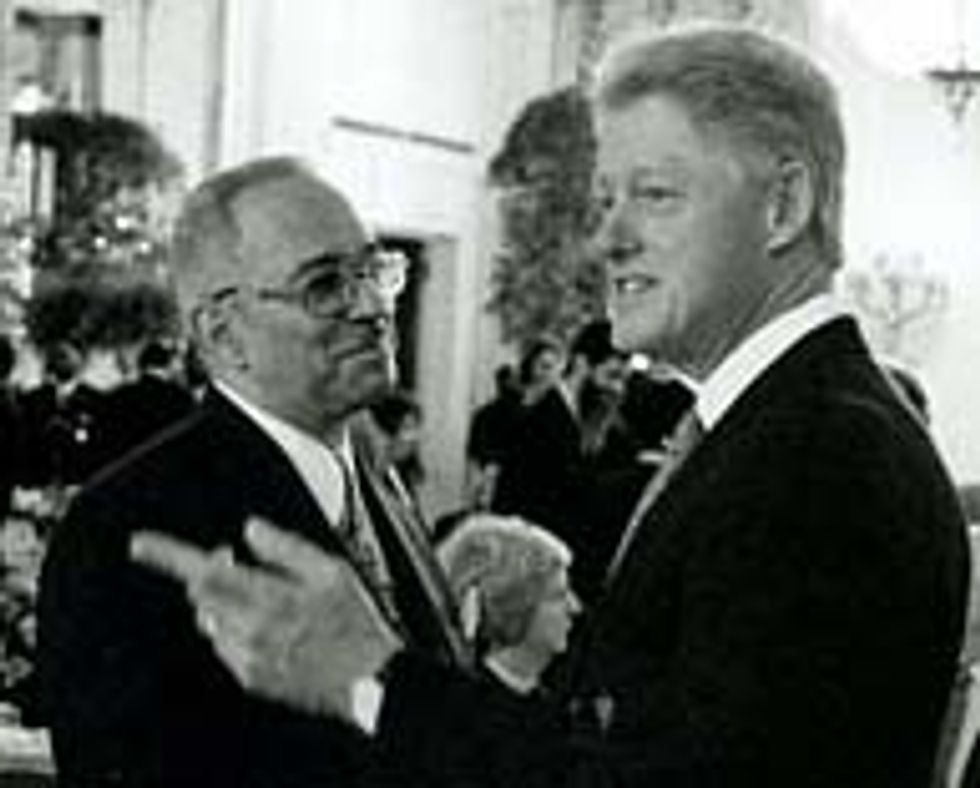 After this spring's "God Damn America" ugliness, Barack Obama managed somehow, amazingly, to keep his former pastor stuffed away in a spider hole for the next what, six months? So hurrah, Reverend Jeremiah Wright has surfaced once again to complain that the media quoted his sermons out of context. While this is true, it will be entertaining to see how the media now takes his complaints out of context.

The world doesn't know about my 41 years of ministry, or my writing of books, because it was all taken down to a 10-second sound bite that the media chose to show about a sermon that was delivered seven years ago. The media didn't care about the whole sermon and what it was about. They just used those 10 seconds and used it as a weapon of mass destruction against [Obama's] campaign.

He also told people not to wet their knickers with joy over the end of racism, because "If you take a Tiger Woods, a Michael Jordan or a Barack Obama, their success should not lull us into thinking society has changed." This guy is a total buzzkill.