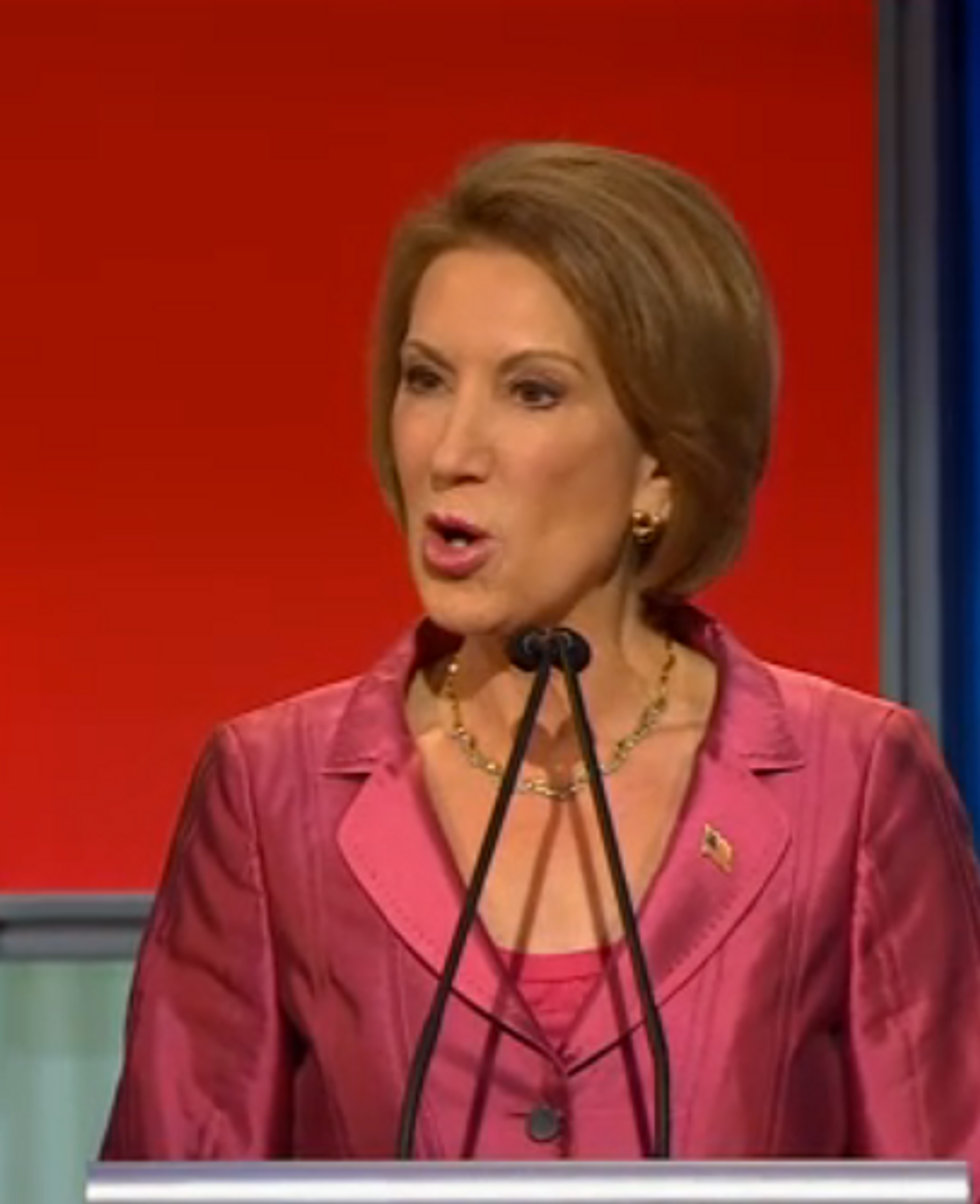 Wow, do we have rotten ostrich egg all over our faces. After foolishly suggesting Carly Fiorina's Big Lie about seeing video of a still-alive leg-kicking aborted fetus at Planned Parenthood, whose brain is about to be harvested for cold hard cash, could not possibly get any worse for her -- on account of how there is no such video and there is no such aborted fetus -- we look like a bunch of A Idiots because it just got worse!

Here is pus-sucker slimeball pond scum David Daleiden, talking to "New Day" host Chris Cuomo on CNN. Daleiden is the professional troll behind the Center for Medical Progress, whose life is devoted to making creepy home movies with stock footage of dead babies and lots of blood, ewww so gross, for the unapologetic purpose of making you think Planned Parenthood is committing evil crimes (that it is not committing, as every investigation has shown), and therefore, based on this abundance of zero evidence of wrongdoing, it must be shut down. And even he describes Carly's infamous leg-kicking aborted fetus at Planned Parenthood scene a tad differently from how she described it, HUH WEIRD. Check it:

DALEIDEN: Carly Fiorina was referencing the sequence in our video that shows footage of a born-alive infant from a late-term abortion actually moving in the specimen pan, while Holly O'Donnell, who used to work at Stem Express, is talking about the harvesting of a brain of an infant of the exact same gestational age that was also born alive.

We'll put aside the minor detail that the "born-alive infant from a late-term abortion" was, according to real doctors, actually a miscarriage, and zoom in on how Daleiden's own description of the infamous scene does not match Carly's. Not that Daleiden himself says Carly is lying -- after all, she's doing him a solid, by telling everyone to WATCH THE VIDEO he made -- but oops, he kinda admitted she's "referencing" something that doesn't exist. There's no just-aborted at Planned Parenthood fetus, and there is no audio of Planned Parenthood staff discussing BRAINZ. There's just this random clip Daleiden found, of a premature baby, plus a phlebotomist named Holly O'Donnell, who used to work for StemExpress, which is not Planned Parenthood, talking about brain harvesting.

Interesting how even he cannot back up Carly's description, isn't it?

Then it gets really interesting! Ya see, Daleiden admits his videos use NOT ABORTED AT PLANNED PARENTHOOD imagery -- like the photo of a stillborn fetus he stole from a grieving mother to imply it had been aborted and sold for scrap at Planned Parenthood -- because really, what's the difference?

DALEIDEN: [It's] used to illustrate exactly the kind of late second-trimester baby, fetus, that we're talking about in these cases of organ harvesting.

CUOMO: But if you're talking about organ harvesting and abortions, and how terrible they are, why would you use a stillborn fetus, which is not a function of an abortion?

DALEIDEN: Do you think that the fetuses are different somehow? It's the same gestational age, it's the same baby, whether it's born dead or alive, whether its organs are harvested or not. That's the same kind of infant.

When Cuomo suggests to Daleiden that it's kinda misleading, dontcha think, to say “Here is a picture of a fetus Planned Parenthood aborted to harvest its brains” when that's not what it is at all, Daleiden just laughs. Oh ha ha, silly journalist guy, don't you understand how misleading anti-choice propaganda works?

Oooooh, did Mr. Pro-Life just refer to an UNBORNED PRECIOUS SACRED BABY as a mere “subject” and “creature”? What's next, he's gonna call it a clump of cells?! Lord, what if he is actually some kind of pro-choice mole after all?

Nah, that's probably not it. He is probably just a lying piece of scum with an extremist agenda to deny basic healthcare to women, and while he sure is glad Carly Fiorina has taken up his cause and told everyone to WATCH THE VIDEO, even he cannot back up Carly Fiorina's claims, because she's at least as big a liar as he is. Gosh, what a perfect match.