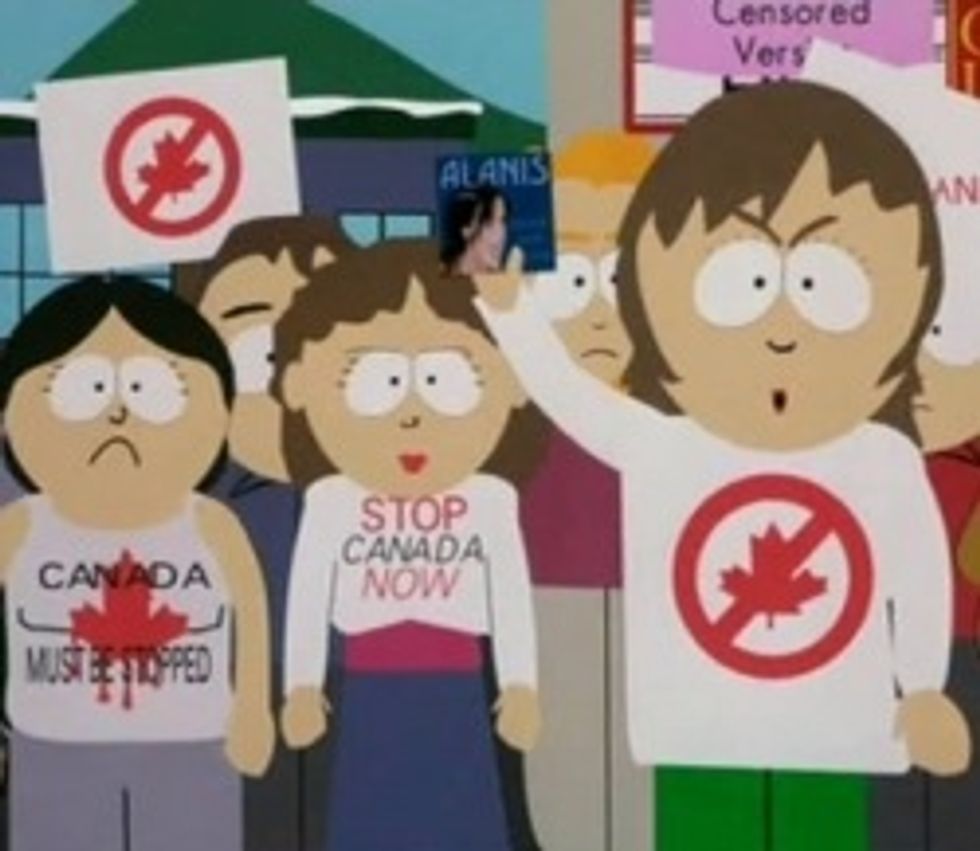 Swiftboat birther nutsack Jerome Corsi is so confused by Obama becoming Republican Senate Majority Leader that there's really nothing left to do but go back to the old "George W. Bush is makingMexico and Canada part of America by building an unfunded interstate highway in the Midwest" conspiracy. Corsi's new WorldNetDaily column totally ignores the actual news about Obama -- that this Krafty Kenyan has somehow become Ronald Reagan's actual son/heir -- and instead makes ample use of "quietly" and "below the radar" to tell the sinister story of how there's some government report suggesting North America should better coordinate security considering the ENTIRE REST OF THE WORLD wants to blow up the United States and it's relatively simple to get in through the Canadian or Mexican borders if the FBI and State Department forgot to send your chartered plane to Saudi Arabia or whatever.

Are you saying "aboot" with a Mexican accent yet? You will be:

Acting quietly, below the radar of U.S. public opinion and without congressional approval, the Obama administration is implementing a key policy objective of the Security and Prosperity Partnership of North America, or SPP, to erase the border with Mexico and Canada.

"Mexico and the United States have a shared interest in creating a 21st century border that promotes the security and prosperity of both countries," the State Department declared. "The U.S. and Mexican governments have launched a range of initiatives that challenge the traditional view of 'hold the line' and are developing a framework for a new vision of 21st century border management."

Corsi also notes that a Canadian news operation in Canada has written (in Canadian) about some other document called "Beyond the Border: A Shared Vision for Perimeter Security and Competitiveness." Why not just replace our Loyal Old Glory with a red marijuana leaf or whatever today, and get it over with?

For a few delightful months in probably 2007, Corsi delighted his audience of white supremacists and dingbat conspiracy mongers with the horrific tale of the "NAFTA Superhighway" and its exclusive toll-road token, the "Amero." These things were completely the fault of George W. Bush and his internationalist Mexi-Canucks, according to Corsi -- which is funny because Corsi was one of the primary cocksuckers behind that whole "Swiftboat Veterans" attack on John Kerry in 2004. We have all forgotten about Kerry now, thank god, but back in 2004 Americans were so FED UP with Iraq and Dubya and 9/11 that they very nearly elected the unloved, unwanted John Kerry -- until Corsi and his right-wing-billionaire-funded assclowns put together a shitty commercial and CNN (which was still popular then) played it NON STOP until election day.