Jerry Brown To Washington Times Reporter: 'Are You a Moonie?' 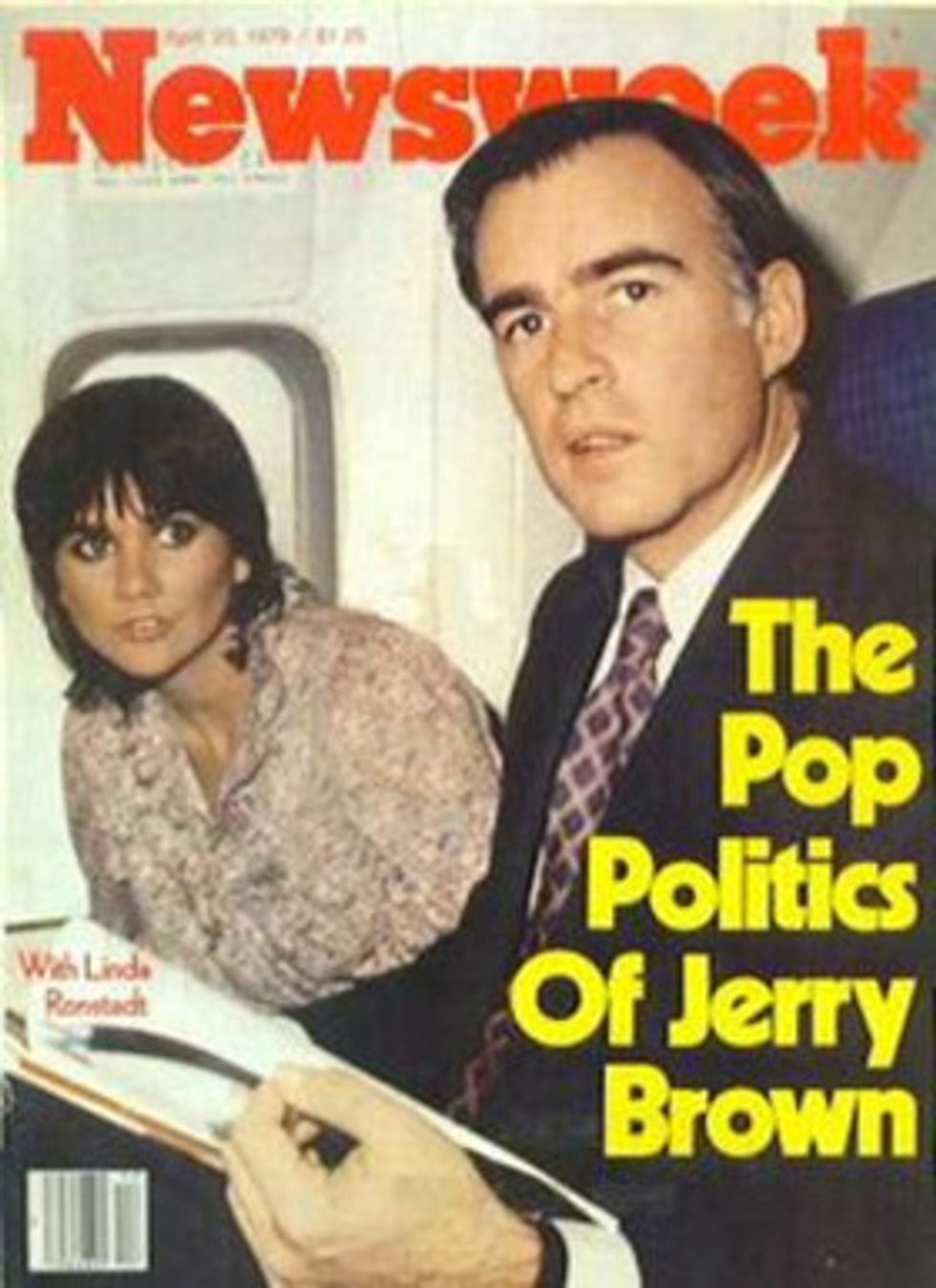 California Governor Jerry Brown dealt with some hackWashington Times reporter in the exact way all elected officials should deal with Washington Times reporters: by repeatedly correcting him on basic facts, pointing and laughing in his (presumably fat and pasty) face, and then delivering a rough-and-ready Jerry Brown-style head-butt to the dingle. After much back-and-forth in which the Hero Wingnut Reporter mangled basic historic and economic facts and then declared that California was going bankrupt, we arrive at the crux of the matter, the moment in which Brown just totally fucks the poor simpleton's head, in front of his sniggering fellows, haha.

Reporter: So why is it then, that we’re seeing from the bankruptcy though...

Brown Spokesman Gil Duran: There is no bankruptcy. That’s a lie. You’re lying.

Brown: California has a $2-trillion economy.

Reporter: Why am I a liar?

At which point, the sad reporter mumbled "Thank you, sir," slunk off in shame, and promptly killed himself, the End.