Jesse Jackson Jr. Was That 'Candidate #5' Who Had Sex With Kristen, In Washington 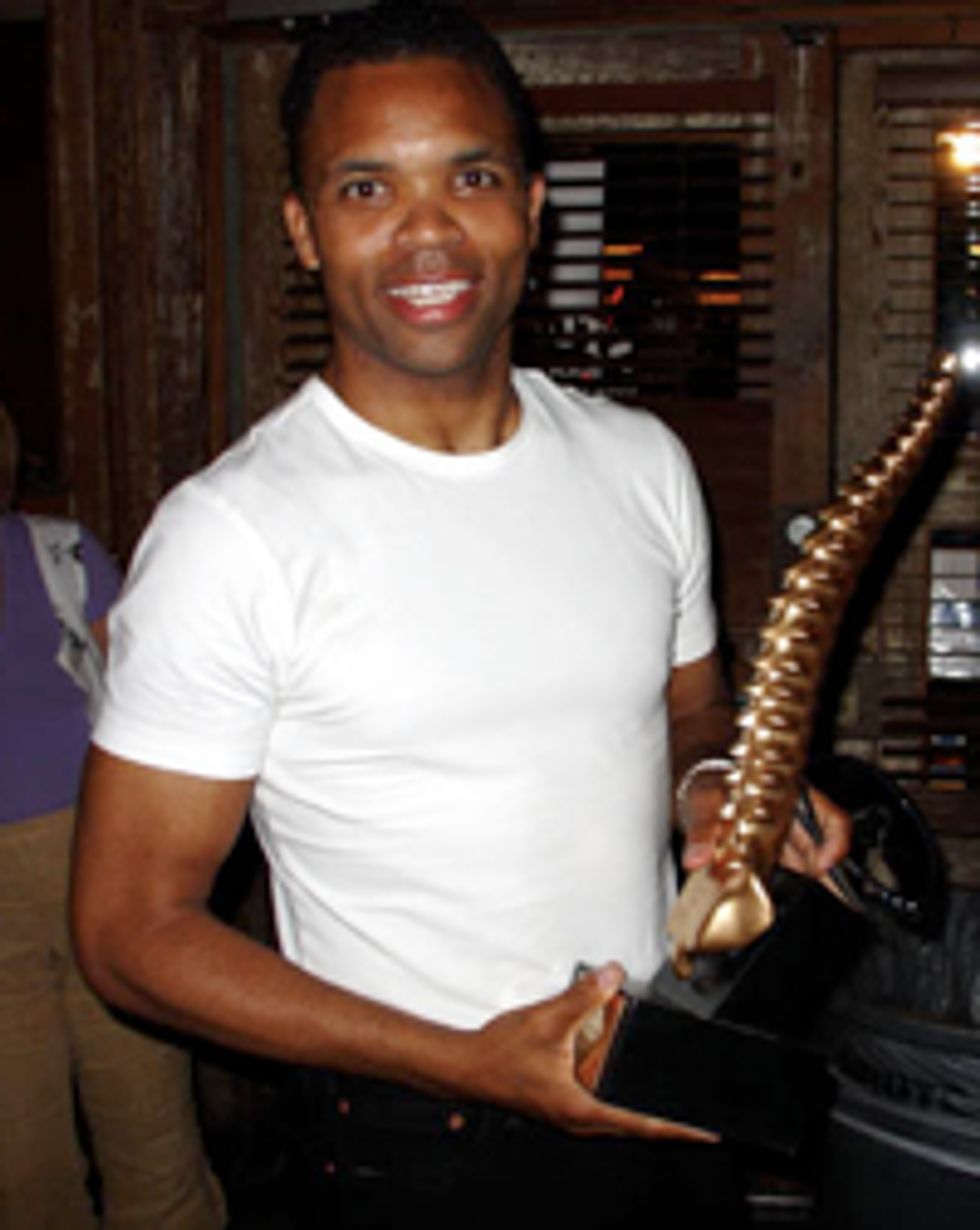 Ha ha,sucks: "WASHINGTON — Federal authorities on Wednesday identified Democratic Representative Jesse Jackson Jr. of Illinois as the potential United States Senate candidate who was portrayed in court papers made public Tuesday as being the most deeply enmeshed in the alleged scheme by Gov. Rod Blagojevich to benefit from his appointment of a new senator to the seat vacated by President-elect Barack Obama." Uh oh, Daddy Jackson will have to CUT HIS NUTZ OFF now.

Just kidding, Jesse Jackson Sr. probably forced his son to get involved in this particular corruption scheme in order to earn his November allowance. Remember when Sr. cried on Obama's election night, and you all cried because you saw Jesse Jackson Sr. crying about, uh, that black president that he never even liked? Exactly. What?:

Mr. Jackson said in an interview with ABC News that he did not know whether he was the anonymous Candidate 5 mentioned by federal prosecutors in the affidavit supporting their criminal complaint against Mr. Blagojevich. He said that the prosecutors in Chicago told him he was not a target of the criminal inquiry. But he said they had asked him to answer questions about the selection process by Mr. Blagojevich to fill the seat.

“It is impossible for someone on my behalf to have a conversation that would suggest any type of quid pro quo or any payments or offers,” Mr. Jackson said in comments broadcast by ABC News. “An impossibility to an absolute certainty.”

It's good to know that America's Illinois Politicians get along so well. You know, how Obama apparently dislikes his NATIONAL CAMPAIGN CO-CHAIRMAN, Jesse Jackson Jr., so much that Jr. was forced to offer Blaggy a million dollars to ward off Obama's influence. Or something. Rahm should just rat them all out, which he already did.