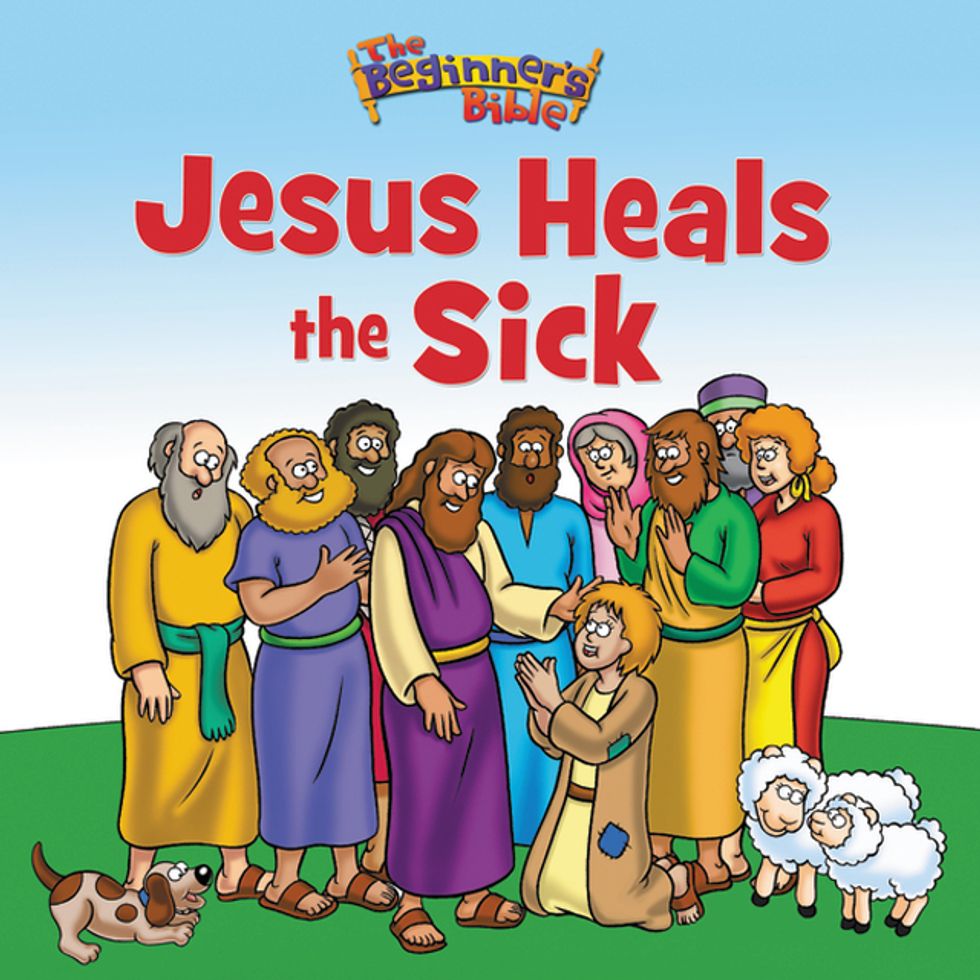 It's time once again for another rousing edition of the Snake Oil Bulletin, though if our most recent coverage is any indication, we may have to rename this column the Munchausen Minutes because of the sheer number of animals medically neglecting their babies. What is it about a belief in nonsense that makes people so willing to place their children's medical care in the hands of a dead Judean carpenter than in a modern day medical doctor? Because if our first story is any indication, Dr. Jesus H. Christ has a pretty terrible reputation for pediatrics.

As Yr Wonkette has discussed before, Idaho is one of the few places left in the country where you can still legally murder your babies as long as you pray really hard while you do it. Activists are hoping to change that, but the legislature doesn't seem to be moved by such vulgarities as "children suffering" or "basic human decency."

Take for instance the case of Mariah Walton, a 20-year-old woman with a medical rap sheet a mile long, a feat considering the first time she saw a doctor was two years ago when she escaped her parents' home:

Mariah is 20 but she’s frail and permanently disabled. She has pulmonary hypertension and when she’s not bedridden, she has to carry an oxygen tank that allows her to breathe. At times, she has had screws in her bones to anchor her breathing device. She may soon have no option for a cure except a heart and lung transplant – an extremely risky procedure.

All this could have been prevented in her infancy by closing a small congenital hole in her heart. It could even have been successfully treated in later years, before irreversible damage was done. But Mariah’s parents were fundamentalist Mormons who went off the grid in northern Idaho in the 1990s and refused to take their children to doctors, believing that illnesses could be healed through faith and the power of prayer.

Mariah's parents were/are members of a religious fundamentalist child abuse ring (is there another kind?) called the Followers of Christ (FOC or "FOCkers" as we call them), a sect famous for faith healing and a complete distrust of modern medicine. This isn't the Christian Scientists' level of medical hate, where they'll bitch and moan about going to the doctor but still take insulin when their leg is turning green. These folks literally believe that life-threatening injuries can be healed by chanting Jesus over and over again, and that if you don't heal right away it's because you didn't believe hard enough.

As revealed by Brian Hoyt, another survivor of the Followers of Christ, the FOCheads believe that broken bones are best healed through a steady diet of olive oil and beating:

In just one incident, when he was 12, Hoyt broke his ankle during a wrestling tryout. “I ended up shattering two bones in my foot,” he said. His parents approached the situation with the usual Followers remedies – rubbing the injury with “rancid olive oil” and having him swig on Kosher wine.

Intermittently, they would have him attempt to walk. Each time, “my body would just go into shock and I would pass out.”

“I would wake up to my step-dad, my uncles and the other elders of the church kicking me and beating me, calling me a fag, because I didn’t have enough faith to let God come in and heal me, while my mom and my aunts were sitting there watching. And that’s called faith healing.”

We've seen men called "fags" for any number of reasons: sucking at sports, wearing the wrong kind of shoes, having sex with a man, etc etc. Being called a "fag" for passing out from the pain of walking on a broken ankle is a new one.

Hoyt offers insight into just how much the Followers of Christ not only actively hate real medicine, but hate doctors as well:

He had so much time off with the untreated fracture that his school demanded a medical certificate to cover the absence. Forced to take him to a doctor, his mother spent most of the consultation accusing the doctor of being a pedophile.

He was given a cast and medication but immediately upon returning home, the medication was flushed down the toilet, leaving him with no pain relief. His second walking cast was cut off by male relatives at home with a circular saw.

THIS IS NOT A GOOD WAY TO HEAL A BROKEN LEG.

Ole Tricky Dick Nixon himself, specifically through the influence of Nixon's two advisors, H.R. Haldeman and John Ehrlichman. While they're more famous for going to big boy jail over that teensy little Watergate kerfuffle, they're less known for being Christian Scientists, those dumbuckets who don't believe in no doctorin' neither.

In the '70s, when the Nixon administration was crafting the Child Abuse Prevention and Treatment Act, one of the first nationwide efforts to combat child abuse, these shitweasels lobbied Tricky Dick hard to shove language into the act that would make "Prayer Not Bayer" into a legitimate medical practice. Under them, it was now legal to neglect your kid as long as you felt all Christ-like about it:

'No parent or guardian who in good faith is providing a child treatment solely by spiritual means—such as prayer—according to the tenets and practices of a recognized church through a duly accredited practitioner shall for that reason alone be considered to have neglected the child.'

Haldeman and Ehrlichman had tipped their hand; only Christian Scientists would refer to their prayers as treatments and to faith healers as practitioners; and only the Christian Science Church accredits its healers.

Isn't that convenient, said he, twirling his pencil mustache most expertly. Under the new guidelines, states HAD to abide by that exemption or lose all funding for their child abuse prevention programs, leading some 49 states to eventually craft their own "it's cool to beat your kids if your beatin' stick is a cross" legislation. Although the DHS eventually repealed that particular mandate in the '80s, many states never bothered to update their own state-wide child protection laws, because why fix what is horribly broken and is leading to the state-sanctioned murder of children? What do you think we are? Competent?

Mariah, however, is not giving up the fight, even as her body slowly deteriorates from the decades of neglect and abuse her family put her through:

“Yes, I would like to see my parents prosecuted,” [Mariah said].

“They deserve it.” She pauses. “And it might stop others.”

And that, dear reader, is why we Skeptic. It might be too late to help Mariah escape from her monstrous birthgivers (we refuse to call them parents), but if Mariah's efforts can do anything to stop future children from facing this awfulness, we're happy to help any way we can.

In ongoing news, the trial of Collett and David Stephan continues. You'll remember them as the Albertan couple who tried to treat the meningitis of their toddler, Ezekiel, with echinacea, onions, and maple syrup rather than taking him to a gosh durn doctor. Eventually Ezekiel's spine and brain were so swollen from encephalitis that his parents had to lay him down flat in their car because he couldn't sit in his car seat.

PSA: Maple Syrup Will Not Cure Your Baby's Swollen Brains Because It Is Not Medicine

While we had originally reported that Ezekiel was first laid down flat in the car as the parents rushed him to meet EMS crew, we now find out it's even worse: Ezekiel couldn't sit in his car seat long before the fateful trip to the hospital. In fact, David Stephen testified that they had first laid Ezekiel down in the car before his hospital visit so that his parents could run errands. That means this poor child was suffering critical encephalitis for hours, possibly DAYS before his parents did a single thing to help him. David went on to accuse the police of denying him access to his child in his last days, which sounds like pretty sound cop work, honestly, when you have two parents under investigation for negligence.

David's testimony reached critical levels of What the Fuckery when he testified that his major concern wasn't his (eventually) brain dead son's health, but rather:

You know what my main concern was at that point? It was the idea that they might think we were negligent parents if they found out that we didn’t put Ezekiel in a car seat.

We're not ones for stoking Two Minutes Hate against people, but fuck these guys right in the naturopathic holes in their heads.

The trial against the Stephans will continue, though we're not sure how much more we can handle of two people trying to explain away their own negligence of a sick toddler. When even a quack doc like a naturopath drops the crystal channeling charade and tells you to take your kid to a freaking ER, you should listen.

People are the worst.