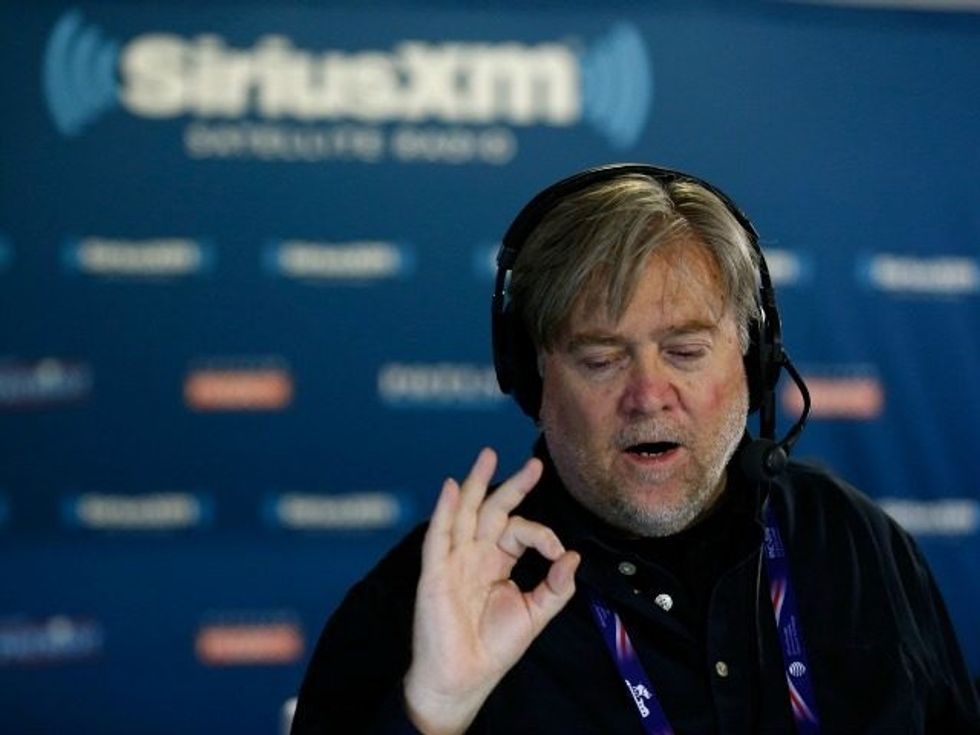 In the past month, as we've all put on our #RESISTance shoes, unknown Nazis have been doing a little resistance of their own, and that is "fucking up Jewish cemeteries," and "burning down mosques." This has made for many nice stories about "Jews crowdfund for a new mosque for Musli-friends who had theirs burnt down" and "Muslims show up to Jewish cemetery to help fix broken headstones for Jew-pals." Those are good, heartwarming things. They are definitely Nice Time! Except they keep. fucking. happening. Eventually Jews and Muslims are going to run out of money to Gofundme each other's Nazi-broke shit.

Days after Muslim activists created a fundraising campaign to repair decimated Jewish headstones in St. Louis, Missouri, Jewish donors are returning the favor by contributing funds to a repair a mosque in Florida.

Soon after the Daarus Salaam Mosque in Tampa was set on fire last Friday, a Muslim man named Adeel Karim created a LaunchGood fundraising campaign to raise $40,000 for repairs for water damage caused when the blaze was put out. Within days, the campaign had raised over $60,000, thanks to an outpouring of support from Jewish donors. Karim discovered their generosity when he realized people were giving what appeared to be random sums of money.

“I couldn’t understand why people were donating in what seemed like weird amounts to the cause. There are sums of 18, 36, 72.00 dollars etc. then I figured out after clicking on the names Avi, Cohen, Gold-stein, Rubin, Fisher,” he explained in a recent Facebook post. “Jews donate in multiples of 18 as a form of what is called ‘Chai’. It wishes the recipient a long life.”

Meanwhile, Muslims raised more than $100,000 to help repair Jewish cemeteries (plural, of course) that had been ... what's German for "Krystallnacht but with smashed granite instead of glass"?

Since the beginning of the year, FOUR American mosques have been torched: in Bellevue, Washington; Austin, Texas; Victoria, Texas; and Florida. (In the case of the mosque fire in Bellevue, it was Mormons who opened up a former classroom as a place for Muslims to pray. In Victoria, Texas, Jews turned over the keys to the synagogue.)

Also since the beginning of the year, anti-Semitic hate crimes have risen 94 percentin New York City, and there have been more than 100 bomb threats against the babies and old people who hang out at Jewish community centers during the day.

During his hideous address to Congress, Donald Trump (did you know his daughter is Jewish???? DID YOU????) finally said words about "don't bomb-threat Jewish community centers." (Earlier the very same day, he had suggested to a group of state attorneys general that the Jews were "reversing" bomb threats against themselves.) He also said "please don't shoot Indian people in Kansas." (It was a week overdue.) That he neglected to mention all the mosques being burnt to the ground was surely an oversight, as he would never try to gin up hatred and even violence against a minority.

Donald Trump's special brand of Make America White Again has boosted morale of good Americans like David Duke and the "alt-right," who correctly see Trump's top adviser Steve Bannon as one of their own -- because of how he said he was. Stoking antipathy to "others" -- Jews and Muslims, in this case -- is not accidental. It puts the Trump administration right in line with the hard right in Europe and Russia, whose wink-wink "nationalism" is really "white nationalism." And they're not particularly winking about it either.

We know the FBI's "Countering Violent Extremism" program has been told to refocus on Muslims only, and forget all the white supremacists responsible for the majority of Fucking Our Shit Up, but -- and we're just spitballing here! -- maaaybe they could take a minute to try to track down whoever is terrorizing all the Muslims and Jews?

Maybe Donald Trump could ... walk that back? Maybe make a couple arrests even??

LOL sorry, just kidding, that'd be MESHUGGAH! Plus however you say that in Arabic.

Wonkette loves all the people, and all the people love Wonkette. Except Nazis. And vice versa, I'm sure! Will you help us spread the word of love for all people except Nazis? Thank you kindly.