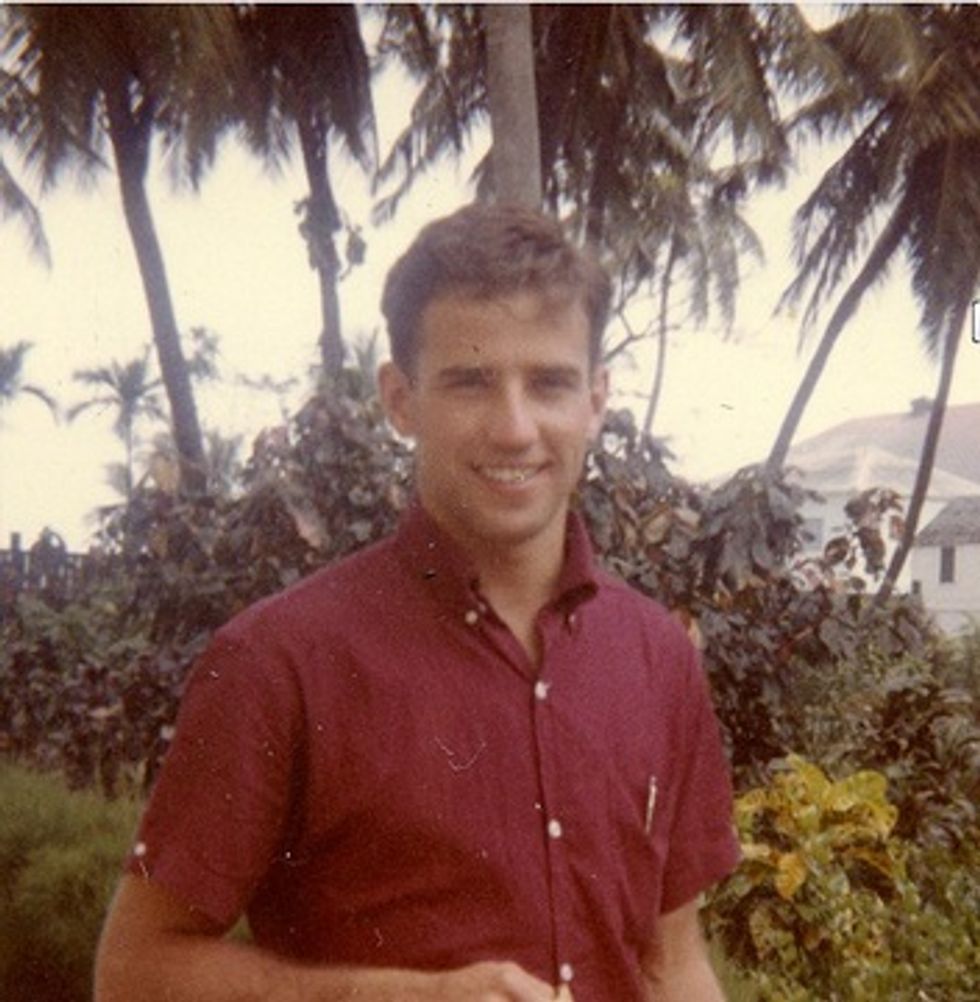 Everybody wants to do sexuals to young Joe Biden, who will beat up Donald Trump behind the gym after school.

We started our Friday with a GRRRRR ANGRY video of Old Handsome Joe Biden yelling about what a careless, stupid fuck-up Donald Trump really is, particularly in his grasp of foreign policy. We LOVE it when Biden yells, and so do you.

But whereas Joe Biden on Thursday was yelling about foreign policy, Friday he was SUPER-PISSED at the way Donald Trump thinks treats women, and thinks he can just grab them by the pussy, because he's such a big wealthy star. Let 'er rip, Joe!

VP when asked if he wants to debate Trump: “No, I wish we were in high school and I could take him behind the gym” https://t.co/XvgkUqllev

Think about this ... he said, "Because I'm famous, because I'm a star, because I'm a billionaire, I can do things other people can't." What a DISGUSTING assertion for anyone to make.

The press always asks me, don't I wish I were debating him. No, I wish we were in high school, I COULD TAKE HIM BEHIND THE GYM. That's what I wish.

Can you imagine Donald Trump's little paws trying to hit Joe Biden in a fight? LOL!

Joe Biden has once again won our hearts and our minds and our pants, even though he has CLEARLY VIOLATED WONKETTE'S COMMENTING POLICY FOR RADICALS. Don't you commenters get any ideas, y'hear?

But Joe Biden can say what he wants, especially when he's taking a stand against Trump's misogyny, and also because #doublestandards!!!!111!

All right, that's our Friday, unless somebody decides to #OctoberSurprise our weekend, in which case A) fuck whomever does that and B) see you in five minutes.