Joe Biden Will Catch Your Rapist 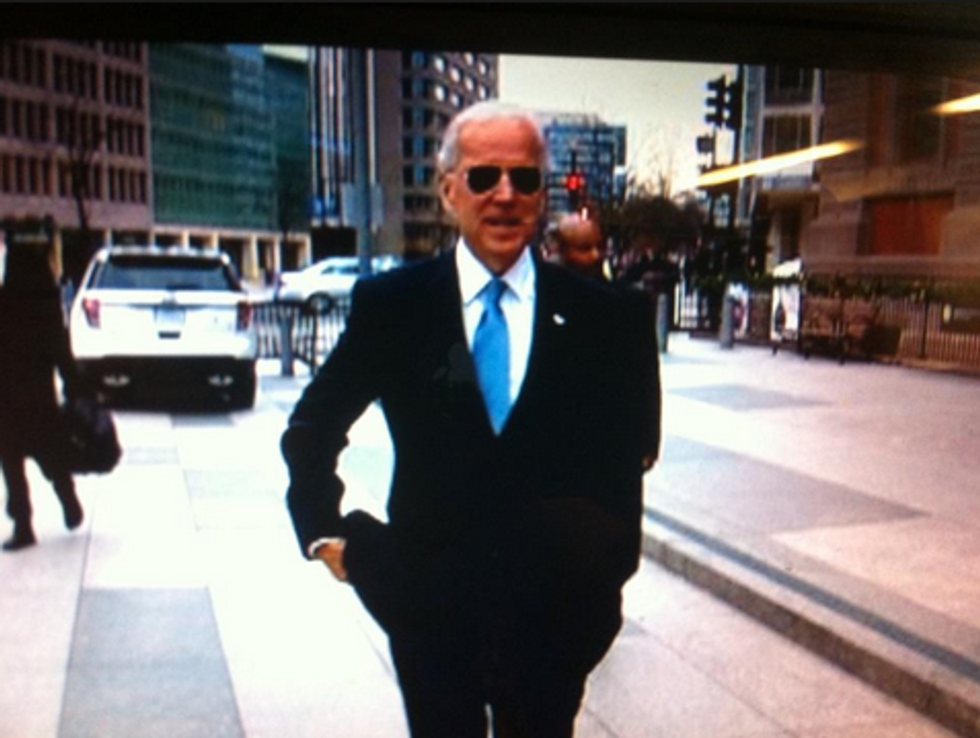 You know how on "Law and Order SVU" they always take a rape kit at the hospital immediately following the assault and then like magic it gets run through a giant database and spits out the DNA of the rapist? Yeah, that does not happen, people. In real life, that rape kit gets taken and stuffed in a lab somewhere, joining a giant slew of untested kits. Joe Biden aims to change that because Joe Biden is the best.

Vice President Joe Biden proposed $35 million in grant funding on Wednesday afternoon to help clear the hundreds of thousands of backlogged rape kits off the shelves of police stations and labs.

Biden, who has made countering domestic abuse and sexual assault a cornerstone of his political career, told reporters that testing the backlogged kits helps police track down serial rapists, which provides “the ultimate closure for a woman.”

Why don't we test these things? Pretty much no one on earth thinks letting serial rapists run free is a good thing (except of course for the serial rapists). Even the GOP is down with working through the mountain of old rape kits, particularly because it has already resulted in some additional convictions.

Increasing the rape kit testing has been a rare point of bipartisan agreement among Democrats and Republicans. The 2004 Debbie Smith Act first began doling out money to local governments for DNA sexual assault kit testing in response to reports of enormous backlogs in some cities and states. And a bipartisan bill passed late last year will create a national database of DNA evidence from rape cases. Even now these examples of huge backlogs persist: 17,000 kits remain untested in Texas, and 12,000 in the city of Memphis alone.

So everyone wants to DNA test all these rape kits but of course we have no monies. Each one costs about $500, because DNA testing doesn't come for free, regrettably. And therein lies our problem. The grant money Biden proposes is in the White House budget, which will never ever ever pass the House, even if it was just $200 million for candy and kittens and free blowjobs for Republicans, simply because the budget originated in the hands of the Kenyan Muslin pretender. So around and around and around we will go, hoping that the states pass laws and throw some coin at the problem, except states generally do not have that sort of money lying around. Don't expect this to be solved any time soon, but you should still thank Old Handsome Joe for trying.