Joe The Plumber II: The Bidening 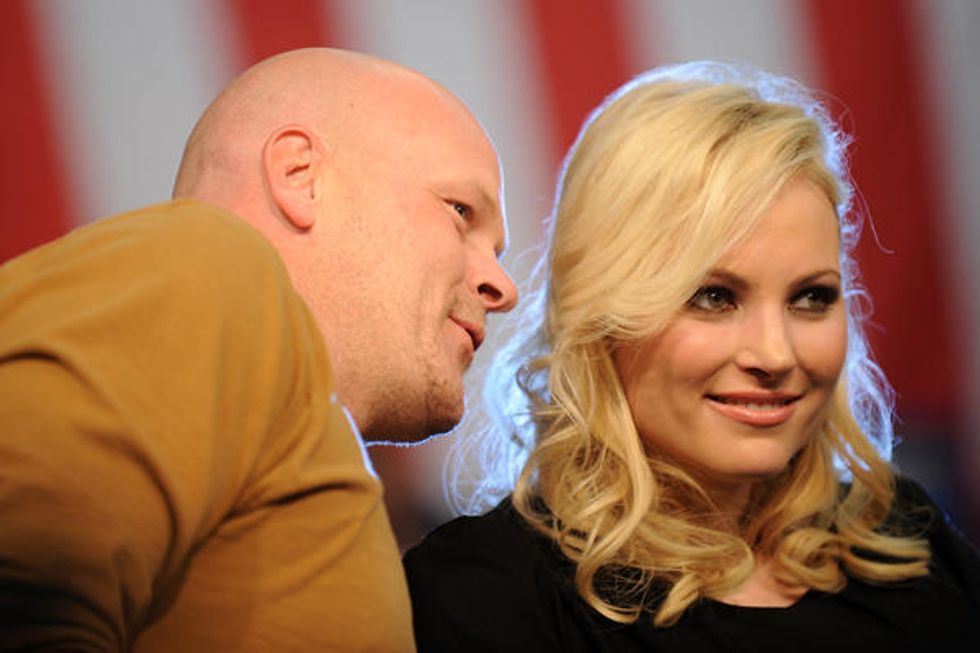 You will remember 2008, yes? When "Joe the Plumber" seized the nation's imagination and served as the nation's templar for our hopes that there was a secret groundswell of angry anti-Obama voters who would make the race close and give reporters something exciting to cover on Election Night? And then how none of that happened and McCain lost in ignominy and Sarah Palin was not our first hot lady Vice President?

Well, Joey the Biden went back to Toledo (where Joe the Plumber is completely failing to run for elected office), and was confronted by an eater at a restaurant who TOTALLY OWNED HIM and maybe that means that Ohio is close and Obama won't win maybe?

Vice President Joe Biden got an earful from a voter during an unscripted moment at Schmucker's Restaurant here in Ohio.

Making an unexpected stop after a campaign rally, Biden stopped in the diner — known for Grandma's Swiss steak and chicken over biscuits — to chat with patrons.

One voter — who called Biden "a good guy" — confessed to reporters that he still wasn't a fan of the Obama administration or the vice president .

"Before that, I told him to enjoy his last couple of months," the man, who declined to give his name, said. "Just because you're a good guy doesn't mean you're a good vice president."

Be prepared for "Schmucker's Voter" to become A Thing, because this is the first contact most of the traveling press corps has had with an actual human being in months and so we must have all become beef-obsessed Bidenphobes since whenever the hell the GOP primary ended.

Oh, who are we kidding, we all fucking loved beef from the day we were born. With a hot side of Joe Biden.