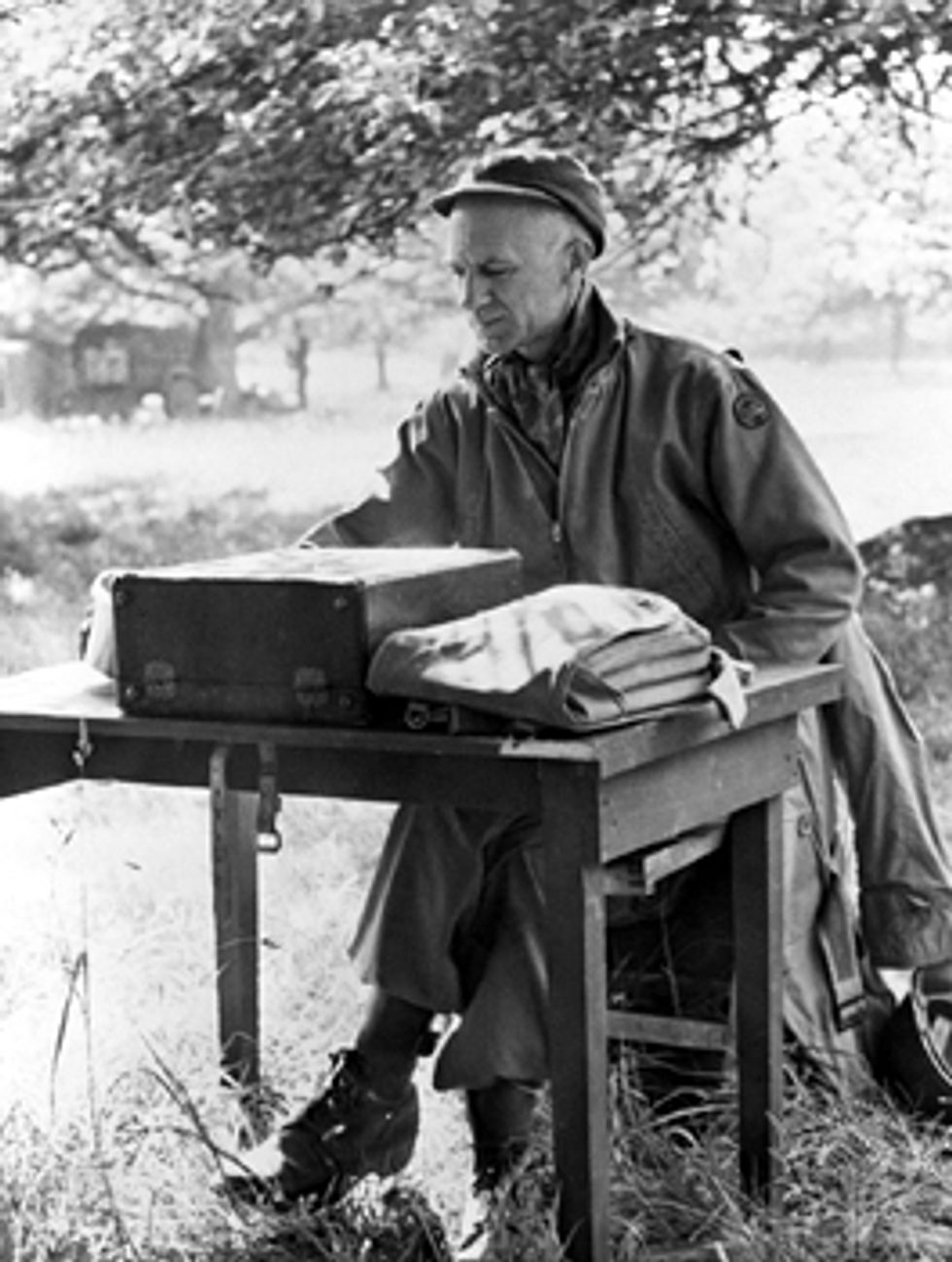 Ha ha, the entire journalism/media/publishing industry is collapsing, there are no jobs, more and more of America's best writers and reporters are permanently unemployed, and there's not any reason for this typhoon of fiery "creative destruction" to roll back, ever, meaning it's really just "destruction," since the American economy does not "create" so much as it does "restructure, hide, and disguise short-term corporate debt." Where were we going with this again? Oh yeah, Joe the Plumber got a reporter job with Pajamas Media to go cover Israel and the Muslims' war on a small, shitty landstrip thousands of miles away. Suck on that, you mid-major American newspapers that've been forced to shut down your foreign bureaus!

Just like his hero, Al Gore, did in Vietnam:

The Ohio man who became a household name during the presidential campaign says he is heading to Israel as a war correspondent for the conservative Web site pjtv.com.

He tells WNWO-TV in Toledo that he wants to let Israel’s “‘Average Joes’ share their story.”

Ah, well in that case, fuck him.

Hats off to whichever AP writer was forced to put this story together for this gem of a droll follow-up sentence:

Wurzelbacher gained attention during the final weeks of the campaign when he asked Barack Obama about his tax plan.