Joe Walsh: Electing a Black President Made Us 'Feel Good About' Ourselves 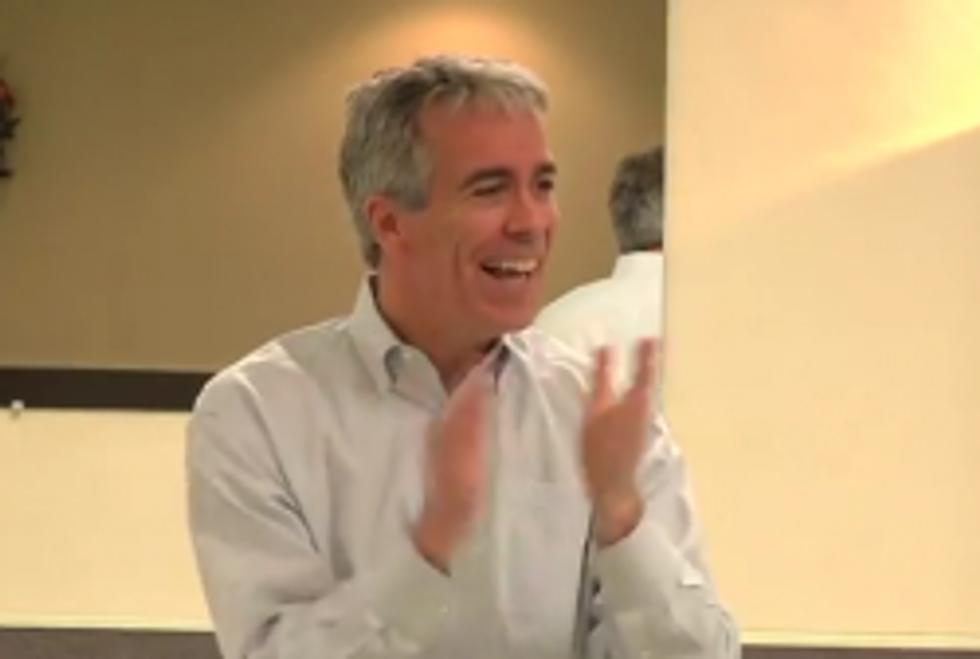 Over the weekend in Wheeling, Illinois, to a raucous crowd of eight to nine undecided voters, Representative Joe Walsh, avid Tea Partier, said a very cordial thing about the President: he's only in the position that he's in so that we, America, could finally say that we aren't racist ("One of my presidents is black"). Walsh said Obama "was a historic figure" and "our first African-American president. The country voted for him because of that. It made us feel good about [our]self." Also, the only other reason Obama won is because John McCain is old, old, OLD! "About 142 years old," Walsh says.

None of this is entirely new, but Walsh had a particularly lovely spin on things. Walsh conducted his rather condescending classroom lecture for an hour, and in the process took his listeners on a trip down memory lane to the revolutionary era. "We thought more back then, we reflected more," he said. And because of the Internet and MSNBC, we are yelling at each other all the time and that's all we do. Interesting, then, what he said next, given his passionate feelings about thinking and reflecting.

[Obama] was a historic figure. He’s our first African-American president. The country voted for him because of that. It made us feel good about [our]self. I’ve said it before, it helped that John McCain was about 142 years old. It helped that the economy was tanking. A lot of these things helped. But he never would have gotten there without his historic nature.

"His historic nature," yes, such a great quality. Also, a lot of the eight people in the audience looked to be around 142 years old in Walsh years, so nice job there. Coincidentally, Walsh's campaign slogan is apparently "GROW UP," despite the fact that none of his handlers wanted him to go through with it.

"Obama doesn't know the first thing about freedom," Walsh also claims. Curious. And he doesn't "understand this stuff" (money or something) because he is an "accidental president."

This hour-long talk, the longest hour in recorded history, was basically only filmed because a bunch of Walsh "foes," as he put it, showed up to the town hall to record it. Walsh devoted a few minutes to waving at his enemies' cameras and saying hello.

And, so, after all this explaining of history, what is Walsh's solution to the fact that we are "flat broke"? Turn to "our communities and our churches," that's all, because they can do a better job of governing us than the government. So obvious.

THEN he just starts screaming in this Howard Dean-like manner about how we should all just pay 10 percent tax and be free, and there is a lot of clapping and "WOOHOO"-ing, but the only person doing it is Joe Walsh? Thanks, EnemyCam #1, that was fun.