John Boehner Cries About Giffords, Heads Over To Cocktail Party 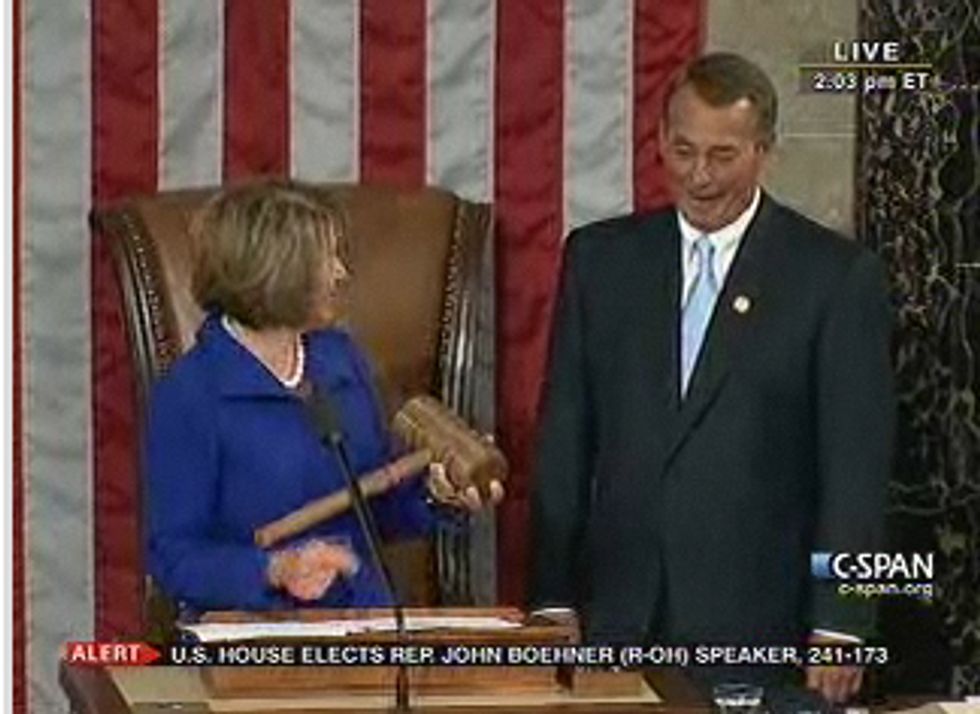 The House was supposed to get down to the very important business of passing a repeal of Obamacare that will never get approved by the Senate or president, but unfortunately, an actual event got in the way of their puppet show: Gabrielle Giffords was shot. So now everyone is just sort of hanging around getting paid toreally do nothing, instead of doing things that equate to nothing. The House did come together today, though, to finally get around to passing a resolution about this shooting. BREAKING: They don't like that it happened. John Boehner came on the floor, and it turns out legitimate human emotions can get him to cry too. Of course, he's off to host a cocktail party now. School's out for an assassination day! Everyone get drunk on Boehner's dime!

“We are thankful, so thankful, that Gabby is still with us,” Mr. Boehner added, his eyes welling anew. “We feel a litany of unwanted emotions that no resolution could possibly capture,” he said, sniffling and blowing his nose with a handkerchief. “We know that we gather here without distinction of party, the needs of this institution have always risen above partisanship.”

All that hard work over, it's time get his drink on:

House Speaker John Boehner is hosting a "cocktail reception" for members of the Republican National Committee as they arrive in the Washington area Wednesday for their annual Winter Meeting.

It's being hosted "at the Maryland resort complex where RNC members are huddling ahead of Friday's chairmanship election." Sounds like a good time. John Boehner will now bawl his eyes out as the result of wanted emotions, like the happiness of wine and colleagues (friends!) and waking up in a giant bowl of sangria. Just as Gabby would have wanted it. [NYT/CNN]