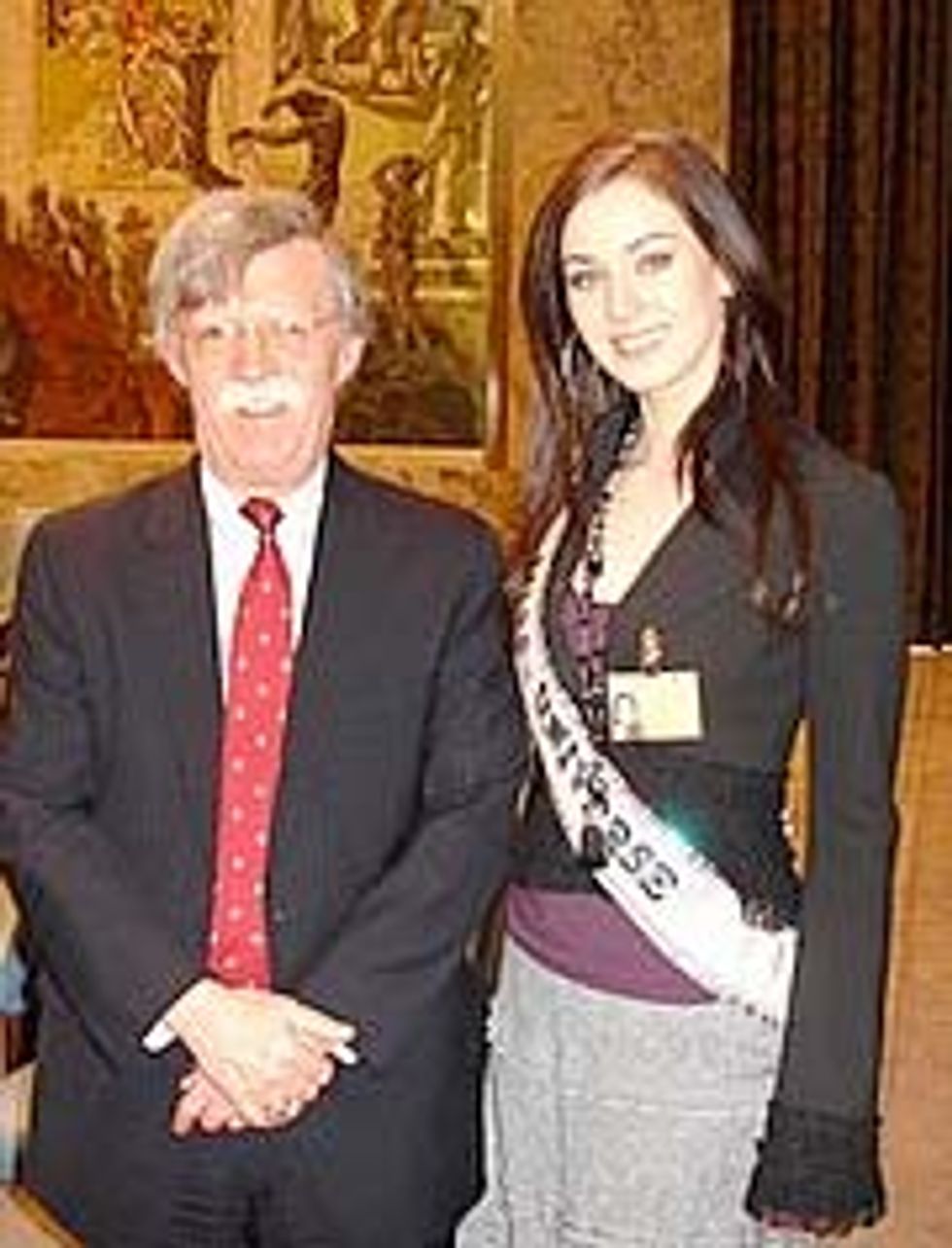 Yeah, Israeltalks a big game, going out drinking with its buddies at the Atlantic and boasting about its awesome plans to bomb the crap out of Iran's nuclear facilities. But Bush-era U.N. ambassador and mustache grooming enthusiast John Bolton thinks it's all talk. The way he sees it, Israel has only a few more days to start droppin' bombs on Iran. And they don't seem to be in any rush! What's-a matter, are they chicken? Huh? CHICKEN? [chicken noises]

From Bolton's point of view, Israel's problem is, as ever, that it's such a big softy:

And those fuel rods are going to be inserted this coming Saturday (on Shabbas, just to spite the Jews). So assuming that Israel cares so much about not smearing radiation all over the region, they've only got, what, three-four days to do this thing. But Bolton doesn't think Israel has the nerve.

The former UN envoy also said Israel would not attack the reactor since it was interested in the bigger picture of Iran's nuclear aspirations, saying that Israel has "the rest of Iran's nuclear program, the Iranian enrichment facility and so on to worry about too and I don't think Israel has the luxury to attack in the next few days, wait a few months and attack again."

What the hell, focusing on the "bigger picture," what is that, just bomb now, bomb bomb bomb, you pansies. [more chicken noises] [Haaretz]