John Edwards Admits Paternity Of That Kid He Totally Fathered! 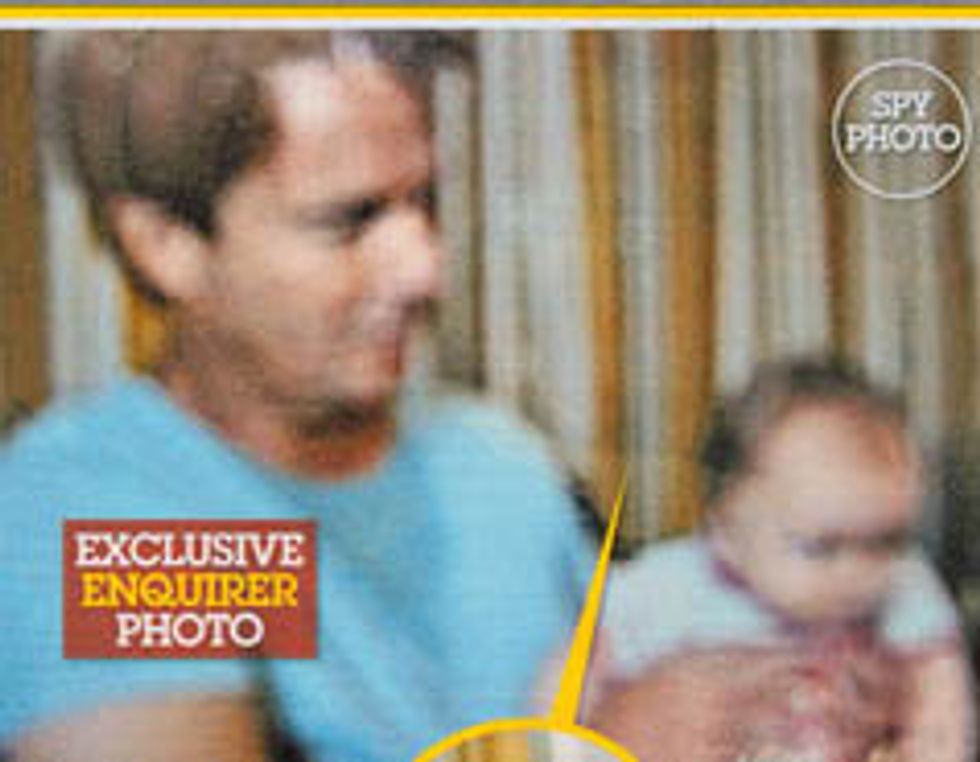 Well! John Edwards, he of corrupt temperament and "Scott Brown good looks," announced this morning apropos of nothing that he is the father of his baby, John Edwards' Baby. This admission follows a two-year bad-faith charade in which Edwardsdenied impregnating inconsequential Jay McInerney character Rielle Hunter. Turns out there's a trashy-sounding Edwards campaign tell-all coming out next month, and Edwards wanted to beat Jay McInerney to the punch!

In the last three years, has John Edwards said anything in public besides lies and apologies?

“It was wrong for me ever to deny she was my daughter, and hopefully one day, when she understands, she will forgive me,” Mr. Edwards said in a statement released to The News & Observer in Raleigh, N.C., and to NBC’s “Today” show.

“I will do everything in my power to provide her with the love and support she deserves,” Mr. Edwards added. “I have been able to spend time with her during the past year and trust that future efforts to show her the love and affection she deserves can be done privately and in peace.”

HAHA oh right he said that thing about Dave Matthews Band playing "Crash Into Me" on a roof, which, sadly, technically counts as both.