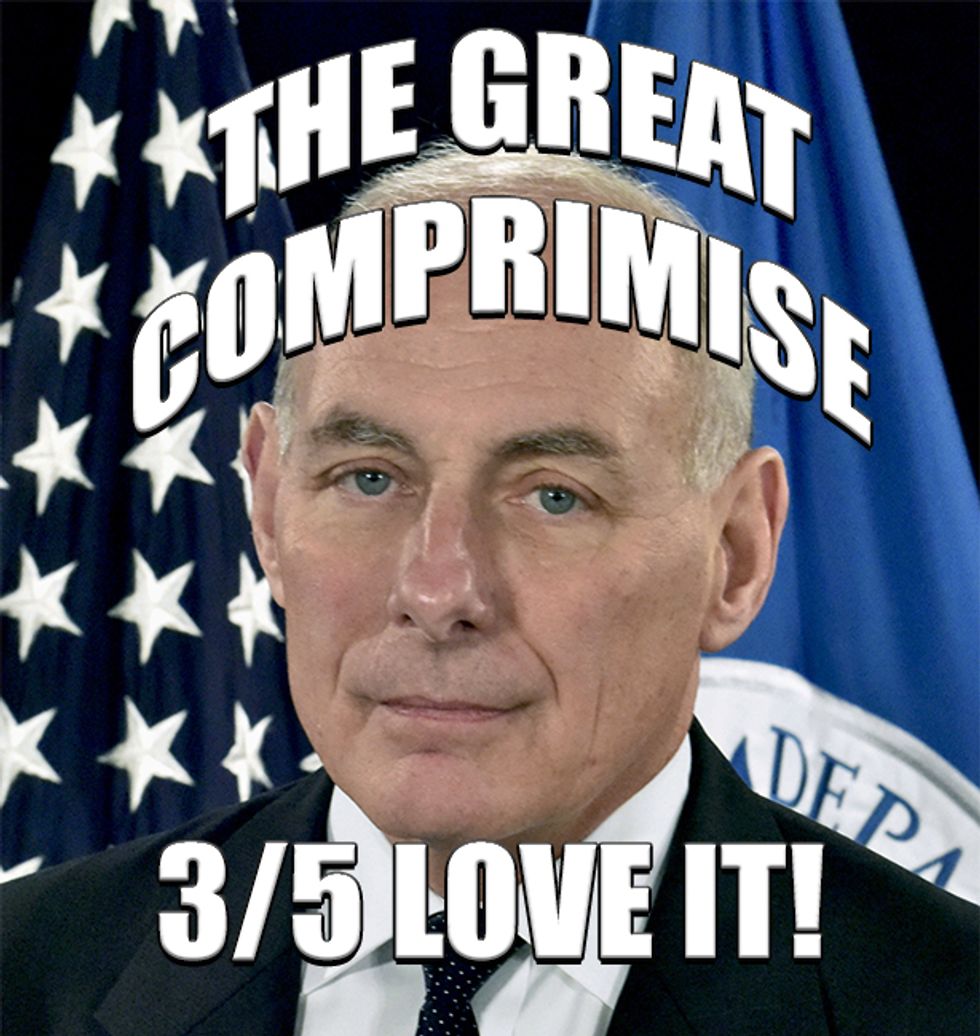 Morning Wonketariat! Did you enjoy your scaring the crap out of children, or did you take them out begging for candy? Have bonus nice time and then take a look at some of the things we may be talking about today.

Yesterday afternoon, an Uzbek national used a rented truck to drive onto a bike path in Lower Manhattan, killing eight people and injuring 11. New York City Mayor Bill de Blasio has called the incident a terrorist attack, and officials have stated the incident may be ISIS-inspired.

Republicans have retreated to their vape-filled rooms to putz around with an abacus, delaying their efforts to release the Ryan/Trump tax cuts (for the super rich).

A new Politico/Morning Consult poll shows people (Republicans) like the idea of tax reform until they find out about all those corporate tax cuts.

The House GOP is double-thinking those super rich tax cuts after realizing the math is too fuzzy and doesn't plus well with the minuses and dividers. Maths are hard, y'all.

Congressional Democrats may use the failed "Kansas Experiment" to highlight how awful coddling corporations is for funding local economies and job creation as they continue to stand up against Trump and Ryan's tax fuckery.

New CBO scores released yesterday show the US will spend $1.2 trillion to sustain and modernize the nuclear arsenal through 2046, assuming Trump doesn't fire off a few first.

Trump's White House is starting to realize that there isn't a whole hell of a lot they can do to stop Robert Mueller and his team of extraordinary investigators without making things even worse for themselves.

New court records show Paul Manafort has strange collection of passports, even for someone who travels a lot, and despite his oodles of Ameros, his lawyers are insisting he's, like, TOTALLY not going to fuck off to Not America. This ain't no party, this ain't no disco, and the court ain't foolin' around.

To further impress upon you how dumb Trump's people are, Paul Manafort's passwords were ALLEGEDLY "bond007." There's not even any capital letters or symbols, no wonder he got caught.

It's probably safe to assume John Kelly has succumbed to the Dark Side of the Force now that he's calling for Democrats to be investigated over Sean Hannity's uranium obsession.

While people protested Mike Cernovich speaking at Columbia University Monday, some basement dwellers ran forward with a big NAMBLA sign -- the new hardass attack of the "alt-right." Yep, it was literally a false flag.

In his ceaseless effort to help industry make shitloads of money while completely fucking up the planet, EPA Director Scott Pruitt is changing the eligibility requirements for the EPA's three major advisory boards so that science bozos who receive federal grants can't serve on those advisory boards -- it's what Jesus always wanted.

Some interesting legal fuckery is happening at the war court in GitMo: two military officers were accused of contempt by the court for refusing to defend a man accused of being involved in the bombing of the USS Cole, simply because the man's civilian attorneys insisted their attorney-client privilege had been violated.

As Scott Garrett sits in front of Senate Banking Committee today, things could get interesting as S.C. Republican Sen. Tim Scott has been feeling the heat at home to oppose Garrett's nomination for the Export-Import Bank.

As an unconfirmed list of "sex pests" floats around the interwebs, two women have come forward to accuse British MPs of sexual assault. Nothing was done following the women's initial accusations, and now there are worries about a cover-up.

Social media's big day in Congress was a farce as Senators and techies talked AT one another instead of with each other -- except Ted Cruz, who just ranted like partisan asshat.

Because you're not already hemorrhaging enough personal information, big telecom companies are trying to kill state-level privacy regulations. They're insisting the FCC has the power to override privacy protections states enacted after the FCC killed off federal privacy laws.

If you can stomach it, Politico has this really long profile of Betsy DeVos that tries to rationalize her as just another super-rich idealogue as opposed to an crooked poor-fucking jerk. I wish I had enough money to pay someone to write puff pieces about me.

Alex Jones got all hopped up on goofballs (again) and started losing his shit over Trump-Russia, and the globalists, and how Robert Mueller is secretly Putin's homosexing lover.

Trump's kid "joked" about stealing his daughters candy to teach her about socialism after going door to door through Trump Tower begging for handouts.

A few good men and women stuck at Fox News tepidly came forward to condemn Fox's handling of Indictment Day, with one anonymous source saying they wanted to quit. They are embarrassed by Fox's coverage (or lack thereof).

Treat yourself to Alexandra Petri's new column about historical compromises, such as how "the French Revolution began because there was a lack of ability to compromise about whether Louis XVI’s head should stay attached to his body."

And here's your late night wrap-up! Stephen Colbert will not compromise with John Kelly; Seth Meyers had writer Amber Ruffin 'splainer the Civil War for John Kelly; The Daily Show is being haunted by Trump's tweets ; James Corden thinks Trump sees Papadopoulos as the covefe boy; and Jim Jefferieshelped recruit some Satanists!

We're ad-free and supported by readers like you, so kick us some Ameros for coffee, booze, and bills!