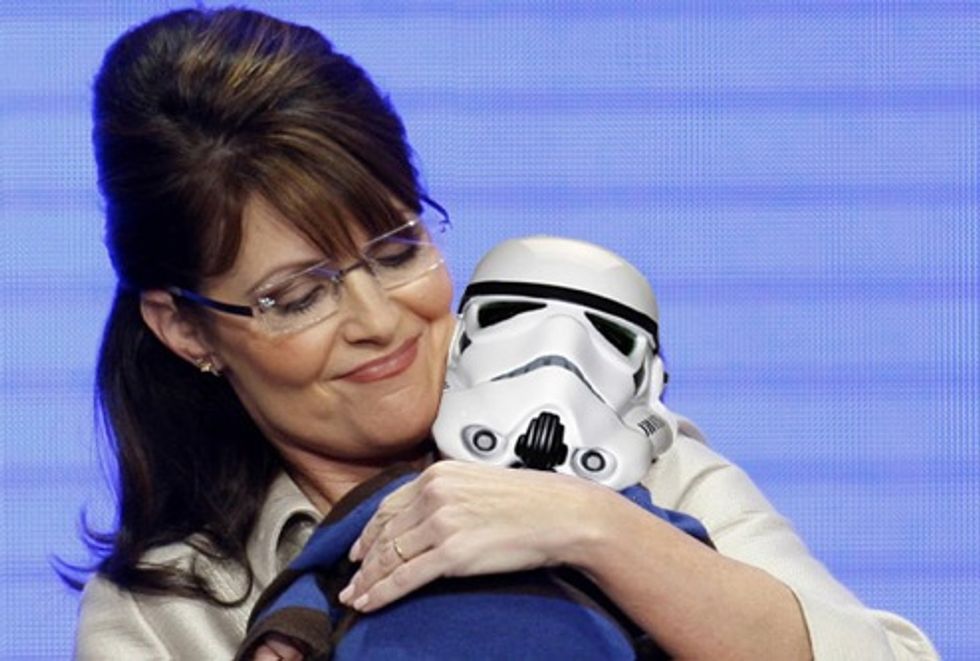 Ancient Aztec death-mummy and known media whore John McCain participated in his usual Sunday ritual yesterday: he crashed his plane in Vietnam and then put in an appearance on Meet the Press. And on that very important talk show, he said something that was actually true! You will never guess what that true thing was! (HINT DO NOT LOOK AT POST TITLE)

How offensive of him, to mock Trig like that!

A McCain spokesperson later clarified that John McCain didn't actually think Sarah Palin was irrelevant; rather, he was suggesting that other people thought she was irrelevant, which was why he said, "she's irrelevant."