John McCain Challenges Obama To A Series Of Duels! 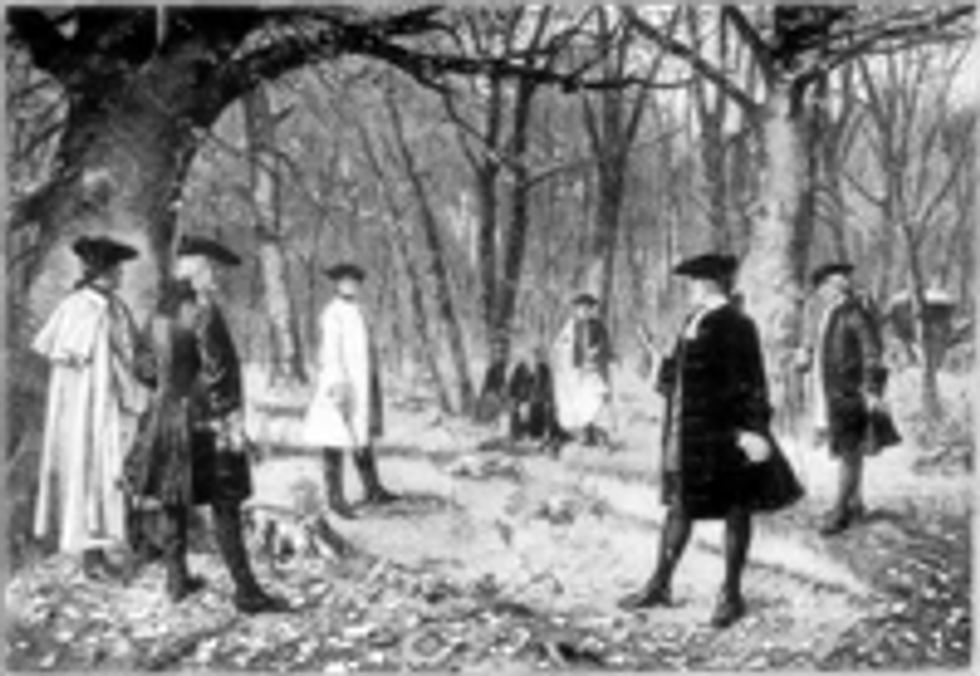 Last night, John McCain showed Barack Obama how it's done when it comes to speechifying: You park yourself in an underground bunker, pack the house with 80-year-old Bitters, and blink awkwardly in front of a vomitous green screen while declaring "that's not change you can believe in." Emboldened by thatrousing success, John McCain will today challenge Barack Obama to a series of debates that will show the world just how angry and enfeebled the Republican candidate is. [Jonathan Martin]