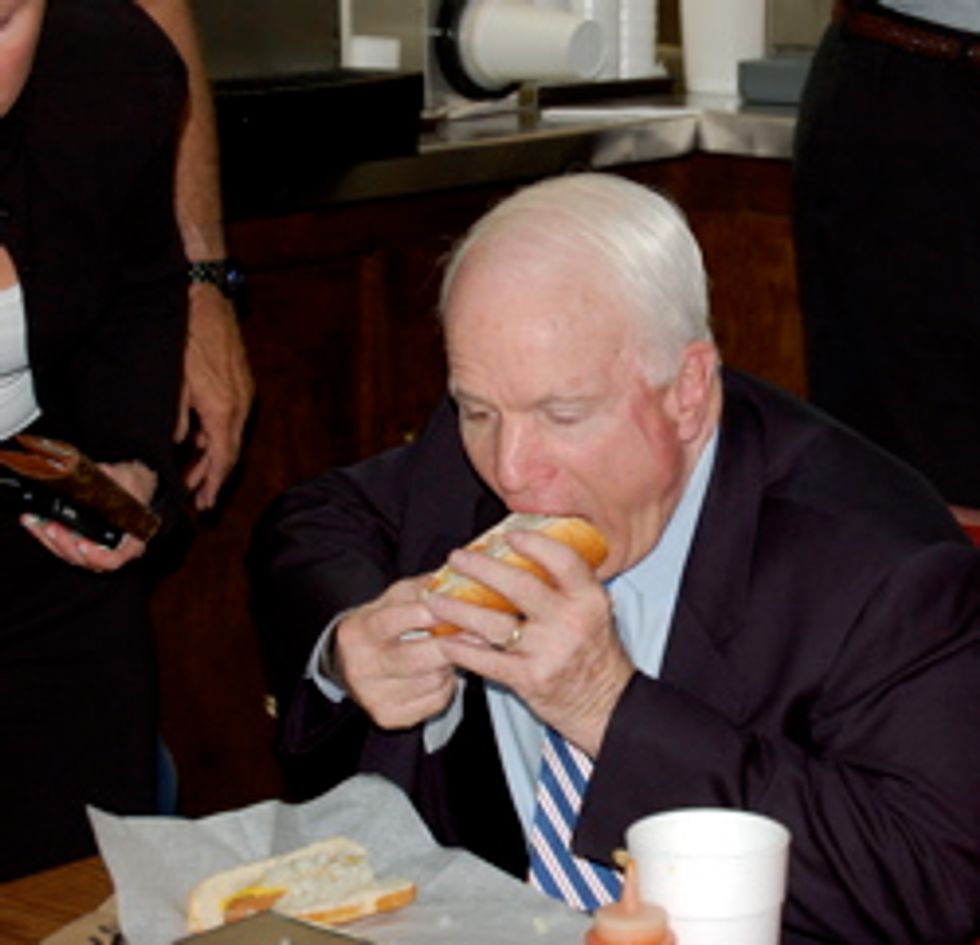 We wonderedlast night just how much money John (Cindy) McCain blew on Arizona's GOP Senate primary. And now, with a preliminary total of 281,347 votes for ol' Walnuts, the people at Esquire have done the Hard Math and figured out the craven fraud spent $74.64 for each one of his unenthusiastic votes -- $21 million ÷ 281,347 = $74.64. The McCain/Budweiser fortune should be totally shot by the next couple of Senate races!

An interesting thing about famous old coot John McCain is that nobody has ever liked him -- except for the Washington press corps, when he flattered them with his bullshit "Maverick act" -- so he needs a lot of beer-heiress money and dirty donations from Savings & Loan crooks to "win" his endless battles of attrition. He was always seen as an opportunistic carpetbagger in Arizona, and if Barry Goldwater had truly been an eternal space robot there would be no John McCain in Washington today. (This is scientific.)

So McCain has always paid a premium for every winning vote, spending the adjusted-for-inflation amount of $13 per vote for his 1982 congressional run, which is a lot of money! The presidential race only cost him $5 per vote because he had the "natural advantage" of running against a Negro person, in America. [Esquire]