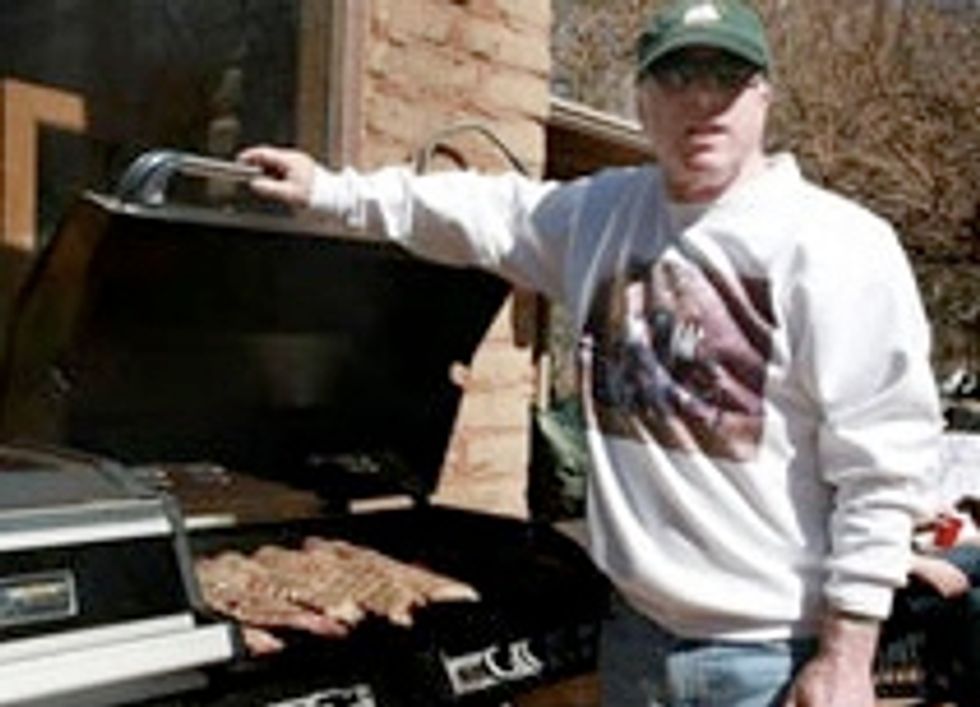 John McCain may not have been able to get Congress to balance the budget by eliminating $7.7 billion in earmarked projects, but... but John McCain is very important, still. He took another important stance just yesterday in fact! At a confirmation hearing yesterday for the *deputy Secretary of the Interior*, the biggest responsibility of which is to run around national parks and pick up cheeseburger wrappers, McCainthreatened to block the nominee for having once mentioned Ronald Reagan in a moderately unflattering light in a 2006 article. It is a matter of ETHICS.

In the article, [nominee David] Hayes wrote that “the conservative political agenda in the West is grounded in hoary stereotypes about the region and its people” and that “out of this conservative world view emerges the stereotypical Western man (and it is unquestionably a ‘he’)—a rugged, gun-toting individualist who fiercely guards every man’s right to drill, mine, log, or do whatever he damn well pleases on the land” and that “Like Ronald Reagan before him, President Bush has embraced the Western stereotype to the point of adopting some of its affectations—the boots, brush-clearing, and get-the-government-off-our-backs bravado.”

Hmm! You see the problem here. He mentioned the words "Ronald Reagan" and dared surround it with other words -- nouns, adjectives, prepositions, oh maybe a VERB or two -- instead of pretty sparkles and hearts and rudimentary phalli symbols.

Time to FUCK UP David Hayes:

Asked whether he stood by those remarks, Hayes said “the prose is overly florid, and I regret that.”

“So you had to throw Reagan in there?” McCain continued.

“I shouldn’t have done that,” Hayes said.

“I wouldn’t have said something like that about Bruce Babbitt,” McCain continued, referring to the Arizona Democrat who was Interior secretary during the Clinton administration.

“I will be considering seriously whether I can support your nomination or not,” McCain added.