John Oliver: Forget The Senate, These State Elections Are Really Going To Screw Us (Video) 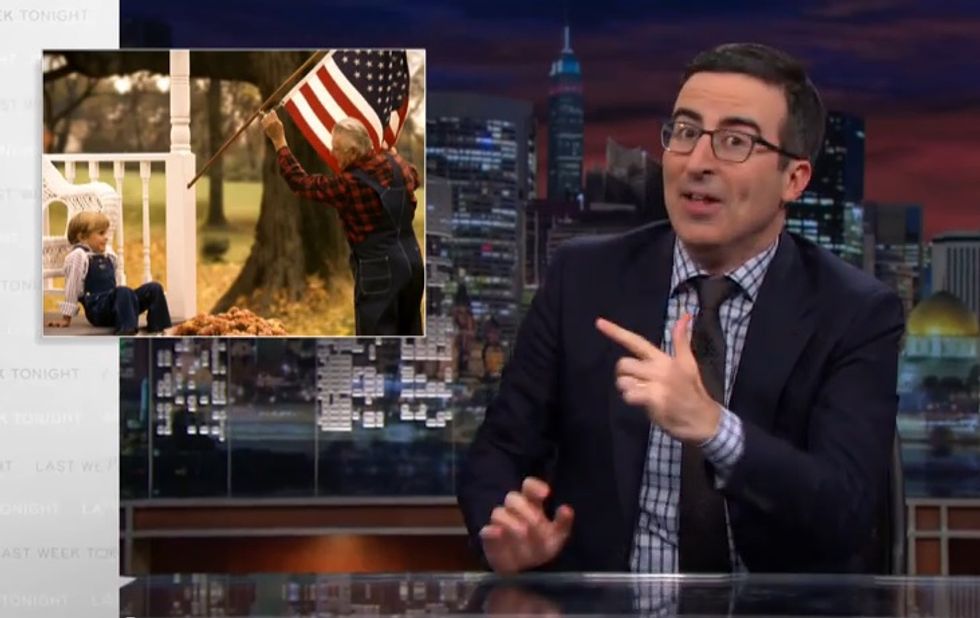 Tomorrow's the big election, and while most of the hoopla is about who's going to control the Senate, John Oliver would just like to remind you that 1) No matter who's in charge, the Senate isn't going to get a damned thing done, and 2) a lot of the serious political fuckery is going on at the state level, where people are trying to get elected by running campaign commercials like the one above, from Montana, featuring "an old man stabbing a child to death with a flag." (The same ad also includes the candidate saying how much he loves the Constitution -- over a photo of the Declaration of Independence.)

And the states are also where the nice folks at ALEC (with funding from the Koch brothers) are helpfully writing a surprising amount of legislation for them -- which is how we got "Stand Your Ground" and any number of identical gun laws and abortion restrictions. And that, it turns out, is worth some comedy journalism, especially when you consider that most of us pay no attention to what the bastards are up to.

Let's change that, shall we? These people are freaking nuts.

Bonus fun game: See if you can keep track of how many of these stories were covered right here on Yr Wonkette!