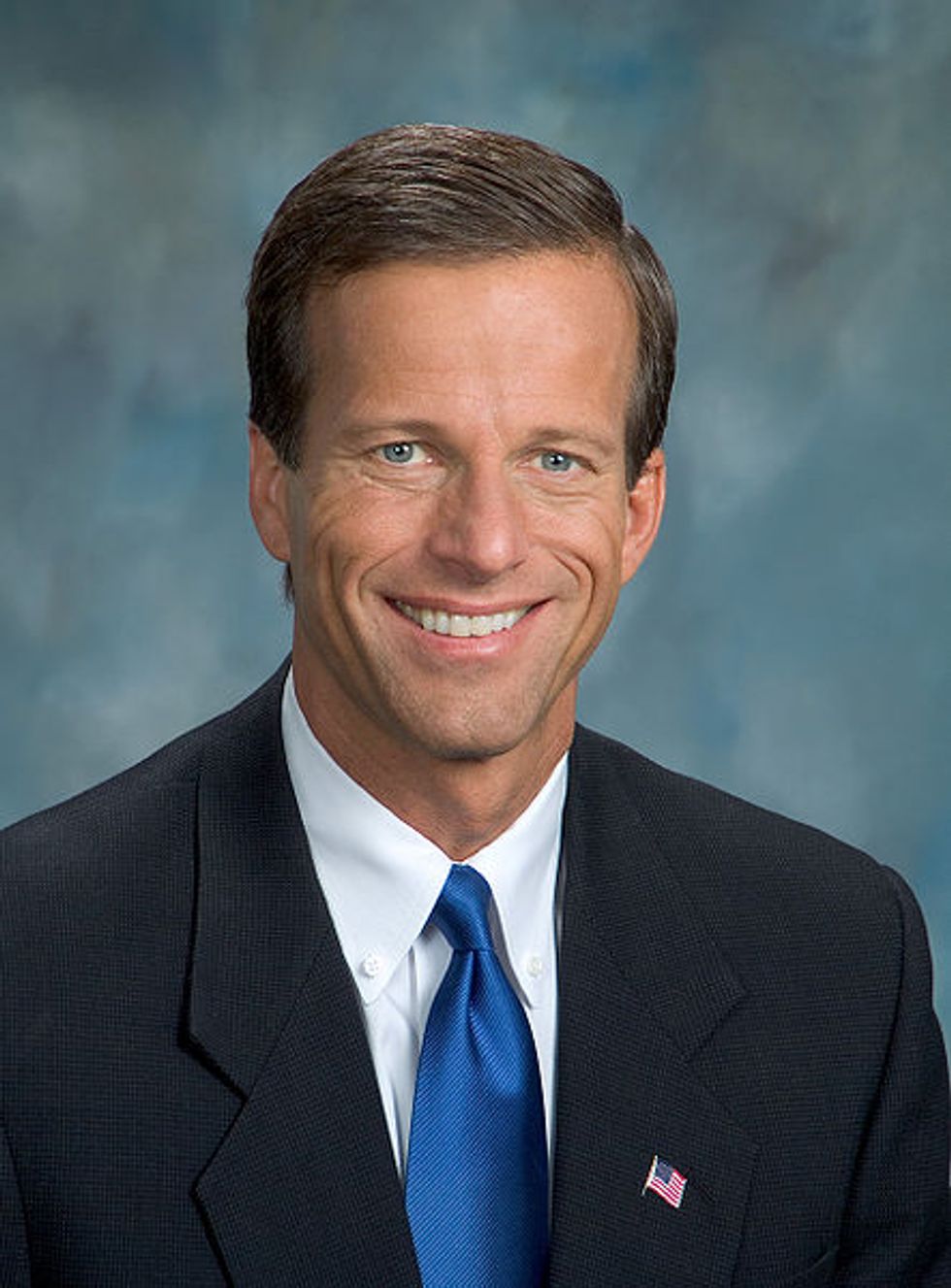 John Thune is thinking about running for president.Of course he is. But no, really, he actually admits he is! That is not allowed. Every potential presidential candidate is supposed to be coy. Anything else should be illegal and punishable by death. Still, he isn't sure if he will run. "It’s a different scenario maybe than some of the other candidates who don’t have a job," he says. Haha, yeah, everyone in your party is a loser who makes a living going on Fox News and writing a book for their PAC to buy copies of. This man is stealing our joke talking points. Anyway, all Republicans think he is a total hottie and should not listen to his dumb wife, who "read Game Change" and doesn't want him to do it.

“But in spite of having read ‘Game Change,’ she’s somebody who really believes in public service, and she’s been a real trooper in all the campaigns. So however this ends up for us, she will be ready to go to work,” he added.

Thune, for his part, said he hadn’t yet touched down in Nashua and Spartanburg “because I think once you go to the early states, you’re in, for all intents and purposes.” And he noted that this campaign season is starting later than in years past and that some prospective candidates are keeping their “powder dry.”

What he has been doing, though, is sounding out some high-profile GOP donors about his prospects.

Stop it, John Thune. You are setting fire to the grand, beautiful traditions of pretending not to run for president. This period of the perpetual campaign season is like the Ice Capades. You are supposed to act like a delicate flower. "Who me run for president? Aww shucks. I won't say whether I am running for president because I could never dream of such a thing. But if the people are demanding it..." [Politico]