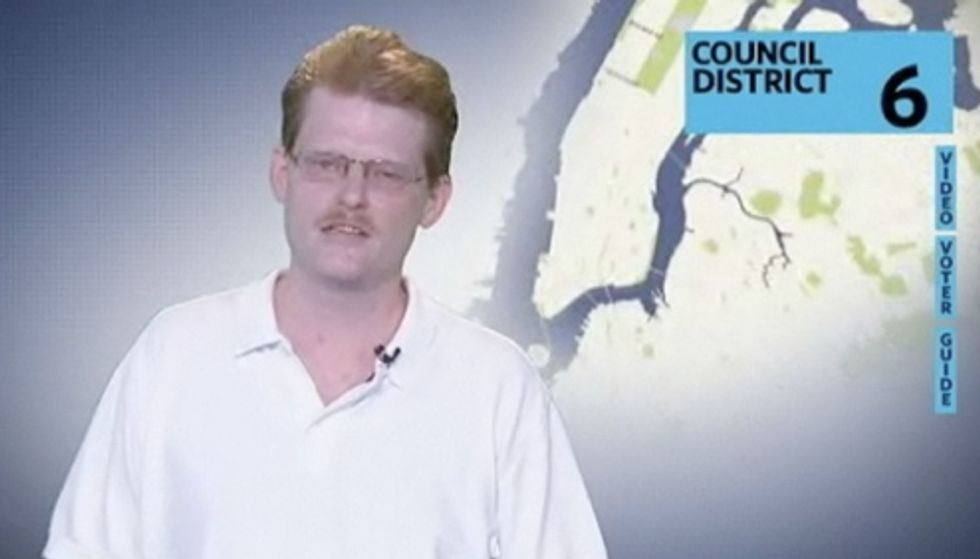 Oh ho ho, asecret human, unearthed? We have found the Third Goldberg: Lucianne, Jonah, and now Joshua -- who is running for New York City Council representing the Upper West Side! As a Republican, of course, so... yeah. Just a complete waste of time, this campaign.

What do we KNOW about Joshua Goldberg? Most glaringly: unlike his brother Jonah, Joshua is not fat. Joshua also has not written fine leatherbound historical masterpieces arguing that the American Democratic Party is literally Hitler. Joshua has failed his family.

He is an actual hobo.

Goldberg, whose candidacy was endorsed by the New York County Republican Party screening committee, has worked as a tour guide, and has also been a fishmonger and worked in the media.

He has been unemployed for a full 42 years, is the takeaway. You must watch his video. This is something that you must do.