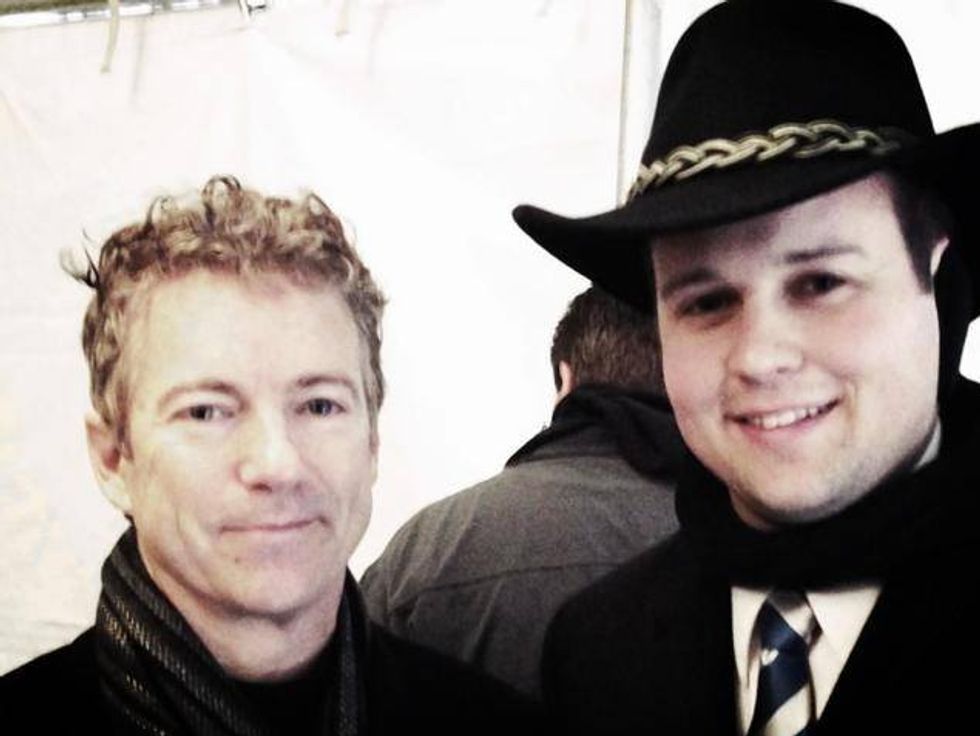 Josh Duggar and the entire Duggar clan are Family Values People. They believe in things like Traditional Marriage and No Trannies In The Little Girls' Room, because apparently that's more dangerous than Josh Duggar In The Little Girls' Room. The family's record of open wingnuttery and anti-gay/anti-trans hate landed young Joshua a sweet position with the Family Research Council hate group, which is headed up by Tony Perkins, who started his career off by purchasing David Duke's mailing list. Yes, THAT David Duke.

Despite being one of the most rabid hate groups in all the land -- the FRC's Peter Sprigg once called for all gays to be "exported" from the United States, and he also openly calls for the criminalization of homosexuality -- these fuckers are CONNECTED. Indeed, they are so connected that they are one of the gates through which all Republican presidential hopefuls must pass, all desperately trying to prove that they hate the gays the mostest.

And during his time at the Family Research Council (which ended yesterday LOL), Josh Duggar got to be friends with everybody! So, it's time for a Wonkette Picture Pages photo album, of Josh Duggar touching Republican presidential candidates with the same hands he used to touch his sisters. Hello, Scott Walker!

Does Josh Duggar know Ted Cruz? OF COURSE he knows Ted Cruz, who is currently very worried that America just has gay sex on the brain, and won't even pay attention to the real threat, which is ISIS. Cruz has a long record of anti-gay hate, rivaled only by that of his daddy Rafael Cruz. He is a great friend, for Josh Duggar!

That was fun! Josh Duggar also knows other important bigwigs, like James Dobson, of Focus On The Family fame. Maybe this is where Duggar learned to focus on his family:

Here he is palling around with the semi-hot Benham brother bigot twins, the ones what got their HGTV show canceled, because they are theocratic whackjobs. They are the ones who cured a gay with baseball. Wonder if baseball cures any other sorts of things?

And finally, because she is ugggh everywhere, here's Josh Duggar with Sarah Palin and daughter Bristol. Because when we think Family Values, we think ... no, we do not think Palin, we think something else entirely.

Oh well, being a wingnut starfucker was fun while it lasted. Don't worry, Josh Duggar, we're sure some of the people in those pictures have secrets too.