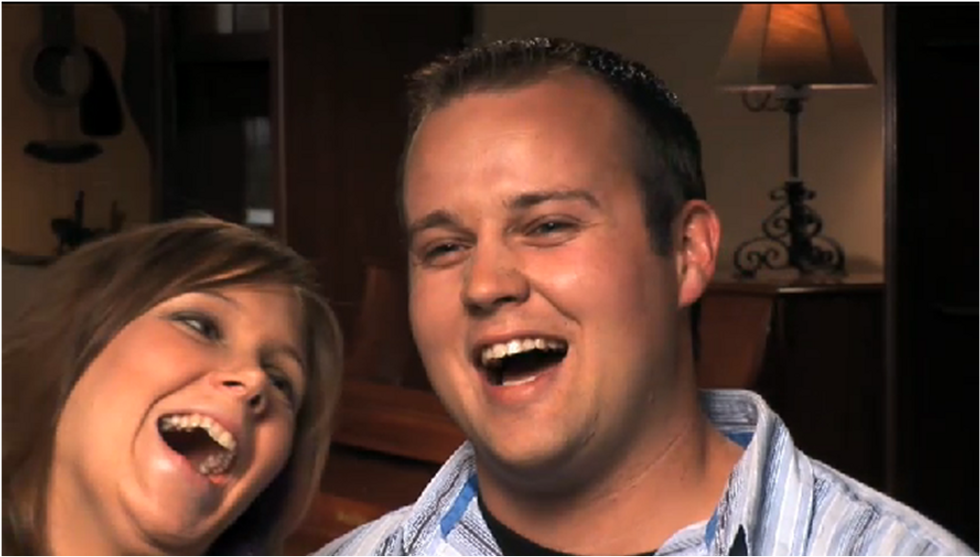 Ooh! Bad! Wonder what this lady's story will be! Because with Dillon, it was all about how he threw her around violently, like how she does it in the movies, so he figured she was into that. Yes, when you grow up a Duggar, you don't understand that porn is a fantasy, and your sisters are off limits. Dillon also reports that he stiffed her (financially) the first time he bought sex from her, and that during the violent fucking, he said, "Come on, be a good, dirty little [expletive]." We don't know what [expletive] is, but we're pretty sure it's not "Christian sidehugger." Or maybe it IS "Christian sidehugger," and that's just what Duggars call all skin-to-skin contact that sexually arouses their shame areas.

Another question: Anna, GO TO PLANNED PARENTHOOD. Our bad, that was not a question. We have said this a million times, and we're going to say it again. With each new revelation, there is more and more of a likelihood that Josh caught the gono-herpo-spyhil-AIDS from SOMEBODY, and he just might have regifted it to his wife. Get the ol' hoo hoo checked out, Anna! They'll even check you for booby lumps, and if you're a very good girl, you get a coupon for a free Frosty at the end of your appointment, just like the dentist.