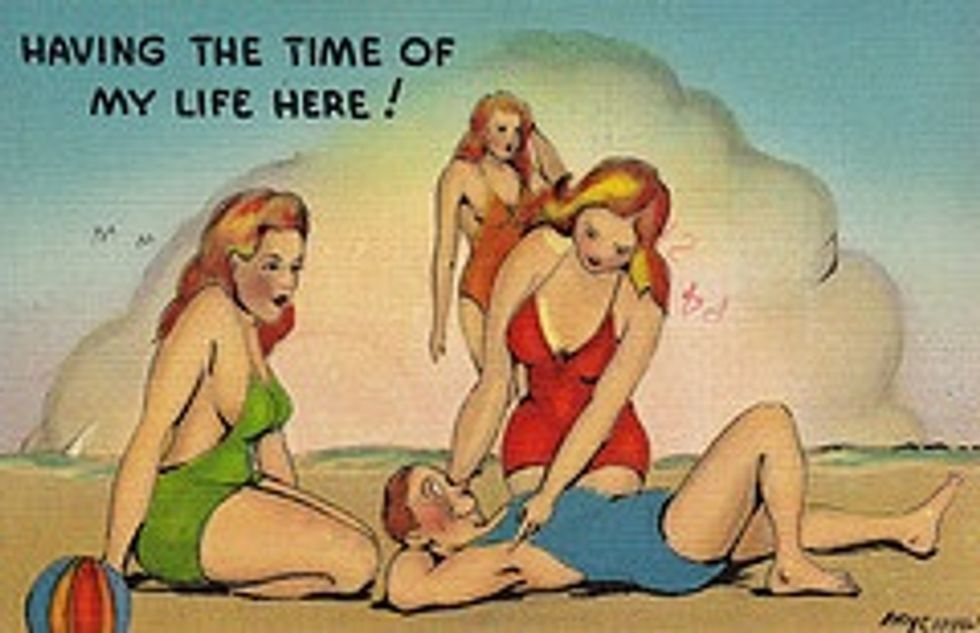 Which island paradise will this "lucky ducky" get to retire to, now that a judge has issued a ruling -- with exclamation points! (!!!) -- demanding that he be released? Abd al Rahim Abdul Rassak was captured by US forcesin 2002 and held at Guantanamo for years, even though before he went to Guanatanamo he was held and tortured by the Taliban and Al Qaeda. Obviously, American authorities were concerned that he was still loyal to Al Qaeda because you never forget your first captor.

We all know that prisoners invariably end up falling in love with their captors, or at least liking them! Hence the story of Patty Hearst, Mariah Carey and her first husband, and of course the great European prison town of Stockholm, which got a whole syndrome named after it.

So: who does Rassak love more, his original captor/torturers, or the United States? The US argued their own charms could not possibly compare to "first torturers, first loves" the Taliban and al Qaeda. The presiding judge, US District Judge Richard Leon, said this!

"I disagree!" wrote the judge, adding that U.S. officials are "taking a position that defies common sense."

"There is no evidence — from either side — as to why he suddenly was suspected by al-Qaida leaders of spying and was tortured for months into giving a false confession," Leon wrote. "It is highly unlikely that by that point in time al-Qaida (or the Taliban) had any trust or confidence in him. Surely extreme treatment of that nature evinces a total evisceration of whatever relationship might have existed!"