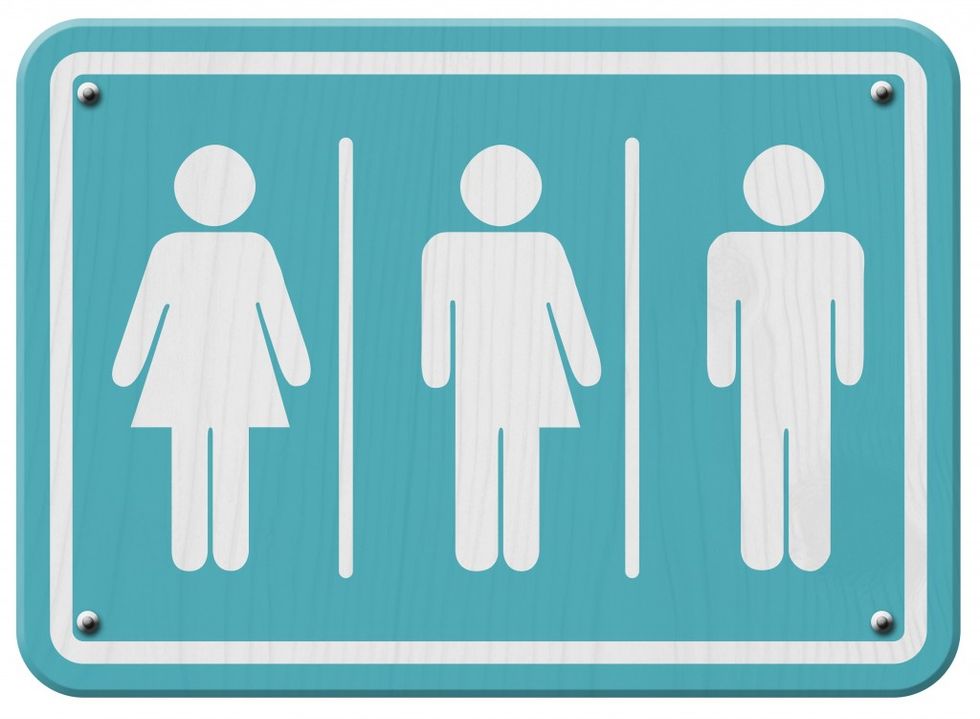 Nice Times AGAIN??? WELL, SHUT THE FRONT DOOR!!! Yesterday a federal court in DC blocked Trump's ban on transgender men and women serving in the military. How many times does this make that the president got shot down for saying the quiet part out loud? Eleventy-five? For reals, Poppy, we can all hear you when you say, "I'm here to saving the military from those icky trans people! They make me feel weird, so they have to go!"

Remember back in July when Donald Trump scared the shit out of the Pentagon by letting that first tweet hang in the air for nine minutes before announcing that he wasn't planning to bomb North Korea? Because in point of fact he hadn't consulted any generals or military experts. He sat down with that viper Vicky Hartzler (R-Mo), who told him he wasn't going to get money for his border wall unless he banned funding gender reassignment surgery for transgender troops. So he went one better and banned trans troops altogether. Surprise!

But then "his generals" surprised Trump. Instead of singing his praises, they dragged their feet and made him put out a Presidential Memorandum saying that the DOD would put on their thinking caps and come up with A TRANS PLAN by February of 2018. Then ingrates like Commandant of the Coast Guard Paul F. Zukunft acted like trans people were just normal employees showing up to work every day -- “[w]e have made an investment in you and you have made an investment in the Coast Guard and I will not break faith.” Hello, did they not get the memo that Trump was doing the military a "great favor"?

And then came the lawsuits. Transgender troops serving openly joined people still in the closet, along with trans kids in ROTC who would be rejected from enlisting, in a suit to get the ban overturned in court.

The government's main argument was based largely on standing. We haven't kicked you out yet, they said. We might boot you in February, taking away your livelihood, pension and health insurance. But maybe you can apply for a waiver. Come back and sue us in six months, 'kay?

Yeah, seriously. Their defense was that people weren't getting fired TODAY. As if Trump hadn't already promised the rubes on Twitter that he was giving trans troops the boot. Judge Colleen Kollar-Kotelly was not having it.

In the Court’s view, the government’s jurisdictional arguments are a red herring.

The President controls the United States military. The directives of the Presidential

Memorandum, to the extent they are definitive, are the operative policy toward military service by transgender service members. The Court must and shall assume that the directives of the Presidential Memorandum will be faithfully executed.

So Judge Kollar-Kotelly granted a preliminary injunction on Trump's ban on transgender service members, which is NICETIMES, HOORAY! But if this case is upheld, it could impact gay and trans rights bigly, so let's have a quick Lawsplainer before we get back to LOLing at Carter Page and the general dumbassery of the Trump legal team.

Judge Kollar-Kotelly's finding that the ban violates the due process rights of transgender service members is pretty plain vanilla and likely to be upheld on appeal. The Plaintiffs relied on the Obama administration's transgender protection when they decided to come out of the closet, re-enlist, relocate their families, etc. The government can't just take that away because President Impulse Control is squicked out by trans people and wants money for his Fuck You Mexico Wall. Particularly when the only IRL study undertaken by the armed forces showed that allowing transgender service members to serve openly would have no negative effect at all.

The targeted revocation of rights from a particular class of people which they had previously enjoyed—for however short a period of time—is a fundamentally different act than not giving those rights in the first place, and it will be the government’s burden in this case to show that this act was substantially related to important government objectives.

But the judge also found that the trans ban is illegal gender discrimination. If you are discriminating against a trans woman because she wasn't born with two X chromosomes, then you are evaluating her based on gender stereotypes, which violates the 1964 Civil Rights Act's ban on discrimination because of sex.

Second, the Court is also persuaded that the Accession and Retention Directives are a form of discrimination on the basis of gender, which is itself subject to intermediate scrutiny. It is well-established that gender-based discrimination includes discrimination based on nonconformity with gender stereotypes. See Price Waterhouse v. Hopkins, 490 U.S. 228, 251 (1989)

If we're being entirely honest here, this line of reasoning is far from "well-established." In April, the 7th Circuit held that discrimination against trans people is gender discrimination. Of course, nothing's "real" until the Supreme Court weighs in, and Judge Kollar-Kotelly's ruling may also be overturned on appeal. But this is another high-profile case holding that transgender discrimination is sex discrimination. So once again, Trump's naked bigotry has had the opposite effect of what he intended. In fact, he may end up strengthening protections for transgender people across the country! So thanks for that, you nasty old dotard!

It's a weird world.

Look at all the Nicetimes stories we've brought you lately! Please click to support us!