Julian Assange Shows True Colors, It Is This White Hood 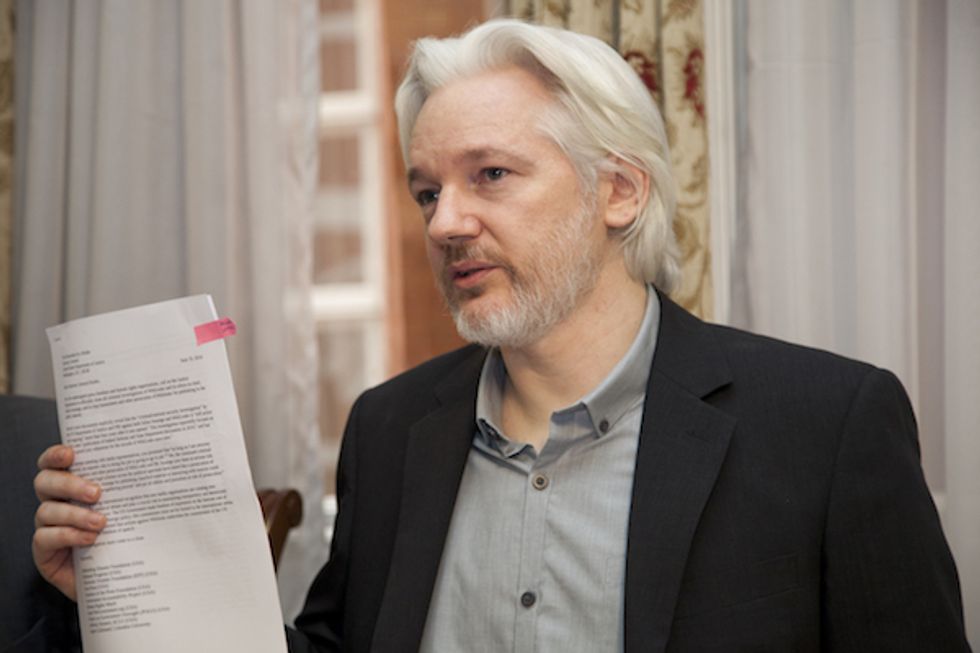 I've been working on a book about My Struggle. Just need a title....

Julian Assange would like you to give some thought to a couple things that worry him, like how he's apparently decided Europeans need to do something to protect their precious bodily fluids. Or perhaps their Blood and Soil:

"Capitalism+atheism+feminism = sterility = migration." What could he possibly mean by that? You might almost get the impression Assange has become some kind of White Nationalist, or perhaps in his case, a translucent one.

Or maybe something else? He followed that with a second tweet about..."Emotional imperialism," with a link to a socialist journal article about the "Care Drain" created by rich people hiring poor women from other countries to come care for their families, especially as the European welfare state shrinks:

We actually don't think the article is making quite the claim that Assange seems to be laying over it. It's actually an interesting read about the "feminization of immigration." No such nuance for Assange though: He boils it down to White People Not Having Enough Babies plus bad feminists not staying home to take care of the babbies (plus somehow atheism?), so feminism = colonialism, as all the rich white ladies are stealing brown women who then can't care for their own children at home, where presumably they belong.

Whatever the anti-colonialist intent of the article, Assange's tweet was met with delight by the white-diaper babies of 4Chan's "politically incorrect" board, who said Assange is "dropping red pills like nobodies business" and pleaded, "Please save the west Julian." One little goose stepper was simultaneously happy to see how woke everybody is to the problem of White Genocide, but also feeling a little blue:

Posts like these make it feel as if we have already reached the bottom of the bit and it will start getting better now... yet I still hope for civil war and violent removal of the unwanted.

So we're guessing they aren't too worried about the plight of migrant women, nope. Also, several were very ticked off that Assange didn't just come right out and "name The Jew" as the source of all Europe's problems. Mel Brooks? Get the fuck out.

This isn't exactly out of character for the kindly information-should-be-free transparency expert; in July of 2016, Wikileaks tweeted the deleted a charming little anti-Semitic message accusing most of its critics of being Jews:

Chuck C. Johnson, Julian Assange, And Dana Rohrabacher Walk Into A Bar, Because WHAT EVEN THE FUCK?

Everything about this story makes our head hurt.

And of course, Assange is also palling around with far-right crazy Chuck C. Johnson and far-right drunk Dana Rohrabacher, so there's that, too.

In conclusion, feminists and atheists are causing white sterility and bringing in all the browns so ladies can ignore their families and get rich, and also, as ever, fuck Julian Assange, yet again, amen.

Yr Wonkette is suppored by reader donations. Please click the "Donate" linky to give us money. Reading Wonkette is guaranteed not to cause sterility.