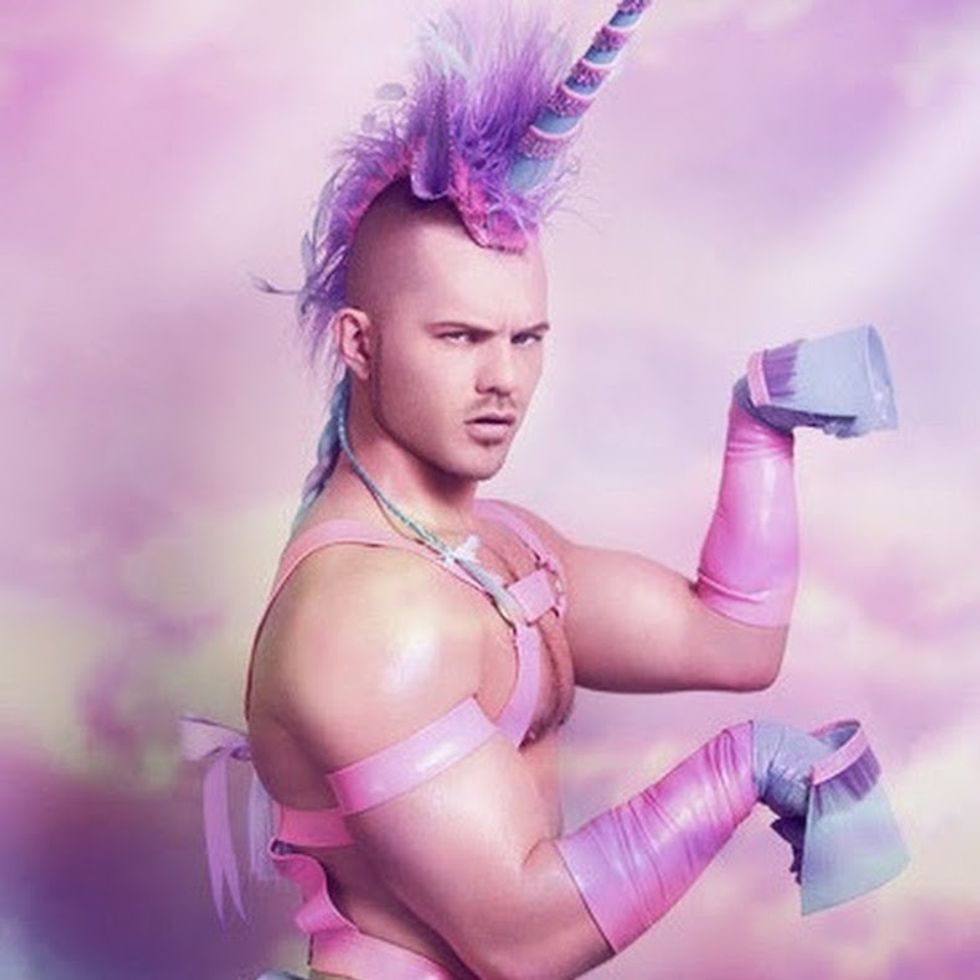 The items -- all new and in the original packaging -- will be available for inspection Monday at a warehouse in Kansas City’s West Bottoms.

You read that correctly: a bajillion sex toys are going on sale, and to buy them, all you have to do is go to some warehouse in a place called West Bottoms, and maybe just have an open mind about the whole experience, y'know? The Democrats' leader in the state senate joined in on the fun by saying that Republican Governor Sam Brownback (more like Sam Bareback, are we right?) is "desperate to fill the massive hole" in the state's finances, and holy crap, Kansas, you are killing us here. Wonketeers who want to bid on Kansas' sex toys but can't make the trip to West Bottoms in time for Monday's auction can place online bids on at this site. The online auction ends on Tuesday night, so don't ever say we aren't looking out for you.

Other Kansas news! Maybe you remember the funeral-protesting hate goblins of the Westboro Baptist Church, yes? Seems that America's favorite bigots (Non-Duck Hunting Division) have some new hippy-dippy neighbors, and somehow they're all getting along just fine.

On one side of the street is the Westboro Baptist church, the insular and fiercely anti-gay group which has gained infamy for its its offensive protests and placard signs. [...] Across the street, its antithesis. A whole house painted top-to-bottom in rainbow colours, the universal symbol of the gay rights movement.[...]Recently, when someone took all of the Equality House gay pride flags and, without their knowledge, deposited them in Westboro’s yard, Hammet’s phone beeped with a text message. “It said something like: ‘A criminal has taken your flags and put them in our yard. We have put them in your mailbox. We would like to return them to you.’”

“We just had a person just show-up and ask if they could be a unicorn in the space,” said [WBC neighbor] Hammet, 24, the director of operations [for Equality House]. “They just showed up in black leather bondage gear, plus rainbow tassles and a unicorn horn, and kind of danced around on the front lawn.”

Damn, tho, Kansas, we did not know you got down like that. You nasty, Kansas. Is this the beginning of the End Times, when Westboro lions shall lay down with LGBT-friendly lambs? Not if social media has anything to say about it.

“One time we tweeted them a picture of rainbow pancakes and asked them if they’d like to come over for breakfast,” Hammet said. “They just tweeted back that we should burn in hell.”

[Kansas City Star/ The Guardian via tip from Wonkville]