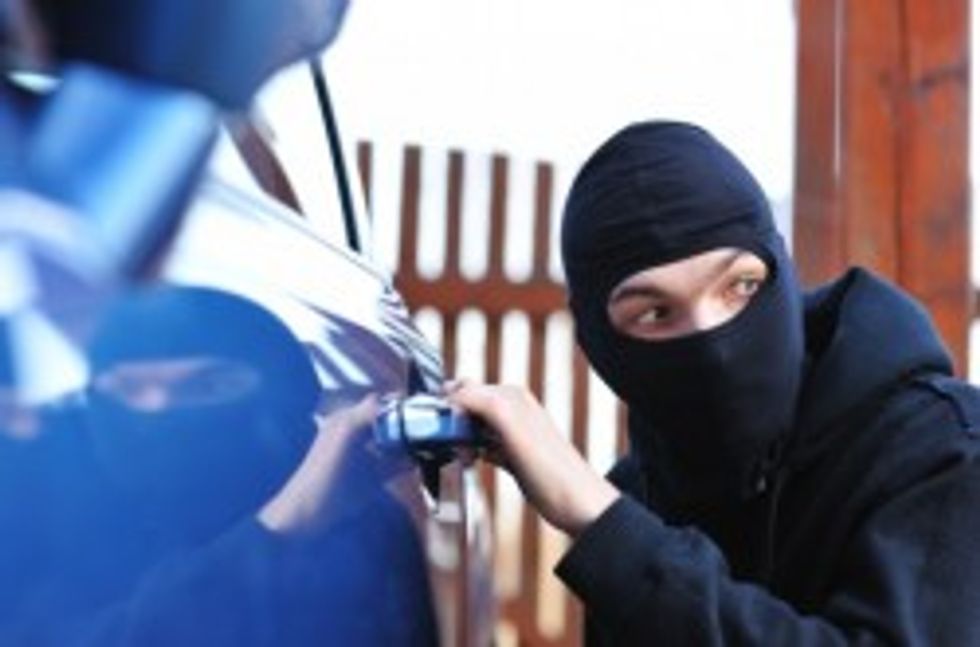 Hey, did you know that Congressman Darrell Issa invented your neighbor's car alarm, the one that goes off for hours at a time, because your neighbor is a fucking asshole? Congressman Darrell Issa got the idea for a car alarm after a satisfying career as acar robber and arsonist. He made hundreds of millions of dollars. You know what they say: create a need, and then fill it! But now someone has burgled Darrell Issa's ill-gotten mansion of over one hundred thousand dollars in precious jewels. That someone is Karma, and she probably looks really pretty right now!

The AP story on the late November burglary leaves out Issa's arrests for car theft, even as it mentions that his fortune came from car alarms, because of course it does. DAMN YOU liberal media!

We will leave you, as always, with this (unsatisfying) video of Darrell Issa crying like a little girl who didn't get a pony while announcing that he was getting out of the California governor's race. It is unsatisfying because we watched it live when it happened, and it went on for like TWENTY MINUTES of him sobbing and gasping and struggling to talk, and this one is only like a minute-forty.