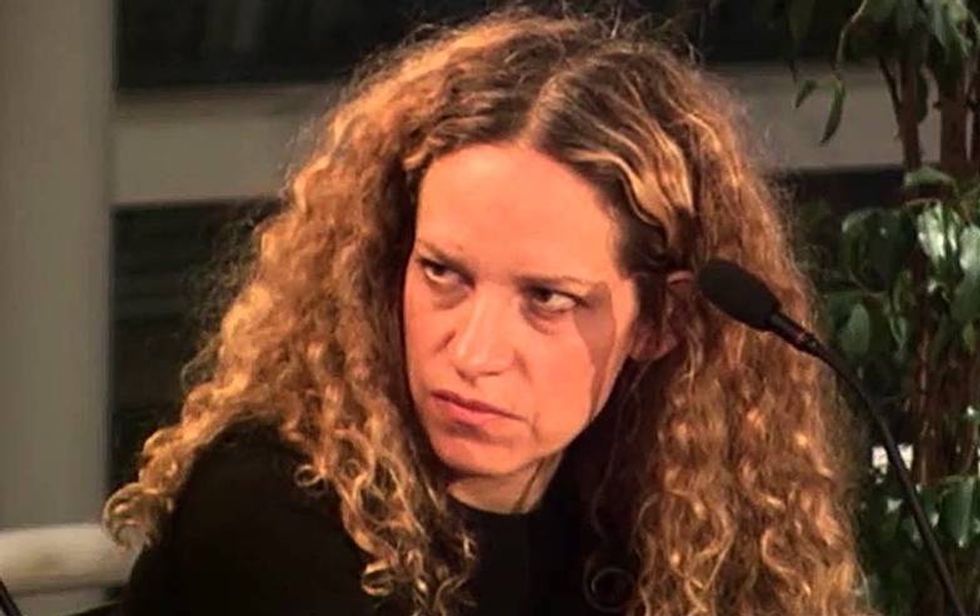 Katie Roiphe's Harper's article about the #MeToo movement dropped on Sunday, and boy was it ever a big pile of nothing we haven't heard before.

The essay, titled The Other Whisper Network: How Twitter feminism is bad for women, started out with the traditional noting of the "many other women" who agree with Roiphe that #MeToo has just gone too far, but who are terrified to speak out because of, uh, feminists who use Twitter.

Of course, the prepublication frenzy of Twitter fantasy and fury about this essay, which exploded in early January, is Exhibit A for why nobody wants to speak openly. Before the piece was even finished, let alone published, people were calling me “pro-rape,” “human scum,” a “harridan,” a “monster out of Stephen King’s ‘IT,’” a “ghoul,” a “bitch,” and a “garbage person”—all because of a rumor that I was planning to name the creator of the so-called Shitty Media Men list. The Twitter feminist Jessica Valenti called this prospect “profoundly shitty” and “incredibly dangerous” without having read a single word of my piece. Other tweets were more direct: “man if katie roiphe actually publishes that article she can consider her career over.” “Katie Roiphe can suck my dick.” With this level of thought policing, who in their right mind would try to say anything even mildly provocative or original?

Let's be clear here. For one thing, the "rumor" was true. The woman who initiated the list was contacted by Harper's fact checkers who told her as much and wanted to make sure Roiphe had it right. She ended up outing herself rather than letting Roiphe do it, but she should not have had to.

For another, this was not "thought policing." "Twitter feminists" were not mad at Harper's because Roiphe was going to criticize #MeToo. We were not frightened of her fabulously provocative and original thoughts that she has repeated ad nauseam since the early 1990s. We simply opposed her naming the woman who created the Shitty Media Men list. To do so, yes, would have been a "profoundly shitty" thing to do. There was nothing necessary about doing that, no overriding public interest that could have been served. It wouldn't have changed the way anyone looked at the list, but rather simply made her a target of harassment far more severe than someone calling Katie Roiphe a "garbage person."

Referring to Jessica Valenti as merely a "Twitter feminist" is also quite snide, by the way.

If being called names or receiving pushback on the internet was "Exhibit A" of why no one wanted to "speak out" about a particular issue, literally no one would talk about any issues at all, ever, on the internet. My own Twitter mentions are, on occasion, a total trash fire -- and also, quite often, filled with people saying the exact things Roiphe and her anonymous friends say in her essay. If we are "silencing" them, we are not doing a very good job of it.

There are a lot of things we don't talk about because we don't care enough to deal with the shit that comes with talking about them. For instance, when people tell me about how they are into crystals, I try to arrange my face into a look that says, "Oh yeah, those rocks probably can do magic or whatever" because I just really don't want to have that discussion with people. It is both awkward and incredibly boring and I just want to move on to the next topic of conversation. This isn't me being silenced, it's me avoiding conflict.

Roiphe and her silenced friends believe that many of the things men were accused of on the Shitty Media Men list were simply not that big of a deal.

To do a close reading of the list: some of the offenses on the spreadsheet (“creepy DMs,” “weird lunch ‘dates,’” “leering,” “flirting,” “violent language,” and “leading on multiple women online”) seem not quite substantial or rare enough to put into the category of sexual misconduct. I am not even sure they merit a warning to a hopeful young employee. I have graduate students who go on to work for these sorts of publications, and I am very mother-hen-ish about them. But I can’t imagine sitting with one of my smart, ambitious students in my office, lined with shelves of books like The Second Sex and A Room of One’s Own and I Love Dick and The Argonauts, saying, “Before you go work there, I just want to warn you, that guy might leer at you.” I would worry I was being condescending, treating her like a child who doesn’t know how to handle herself in the world.

And you know what? I get that. A lot of that stuff might not have seemed a big deal to me either, were I the one to have experienced it. But that doesn't mean that they're not a big deal to other women, and they have the right to say so. It's not as if all of these men were fired or even faced any consequences for their appearance on the list, and if they don't think these things are that big of a deal, then it shouldn't really matter if people find out about them.

One of the things Roiphe brings up is the sheer horror of people talking about whether or not someone should ask beforehand if they can kiss someone.

A couple of days after my friend made this potentially outsized claim, Josephine Livingstone issued a fresh dictum in The New Republic: “You probably shouldn’t kiss anybody without asking.” She insists that everyone, not just college students, must now obtain verbal permission; all those ways you used to think you could tell whether someone wanted to kiss you six months ago no longer matter: “The world has changed, and affirmative consent is now the standard.” Note the friendly yet threatening tone of a low-level secret policeman in a new totalitarian state.

Am I going to fall down dead if someone kisses me without asking? No, I'm not. Does the idea of someone asking me if they can kiss me strike me as weird and overly formal? It totally does! It's definitely not something I am accustomed to. But I also realize that not every person feels the same way I do, and if being overly formal is the price we pay for someone else not feeling violated, it's not that big of a deal to me. Whatever, I'll live.

Maybe Katie Roiphe can "handle" a man leering at her. Maybe she even welcomes it. That doesn't mean that all women must collectively be fine with it. If men were somehow only engaging in this behavior with women who welcome it, if they were body-language experts who were successfully only kissing women who wanted to be kissed, this conversation would not even be happening in the first place. Clearly, this is not the case.

The irony with all of this, however, is that Katie and these supposedly terrified and silenced women in the shadows are also complaining about something that not everyone else finds to be a particularly big deal -- the mere concept of people not agreeing with them. They are, like everyone else, absolutely allowed to speak their minds, on Twitter and elsewhere. Roiphe was able to find a home for her piece at Harper's. There have been at least 45,000 other "Has #MeToo Gone Too Far?" articles in the last month alone. Prior to that, there have been 45,000 articles about how feminism has gone too far, or how feminists on Twitter are murdering free speech. Prior to that, this take has literally been the status quo for god knows how many centuries. Their issue is not that they are being silenced or censored, but that other people do not respond to their "original" and "provocative" takes by going "Oh gee, I never thought about that before! You have a point!"

People disagree with me all the damn time. That doesn't shut me up and it doesn't make me scared and it doesn't make me feel silenced. In fact, I generally assume that most people are going to disagree with me on most things and work from there. I have disagreements with other feminists and other people on the Left all the time, as do most people who participate in conversations with other human beings on the regular. It's just a fact of life. "Feminists on the internet" or "Feminists on Twitter" are not some specific, different breed of human being. We just get way more shit for doing the exact same things everyone else does.

If you are going to say "provocative" things, you cannot be surprised when people are provoked. No one can count on acceptance. If you really, truly believe the things you have to say are important and valid, you have to learn how to say them whether or not people are going to agree with you. Toughen up, buttercups!