Olbermann Was Suspended For Not Apologizing For Being Olbermann 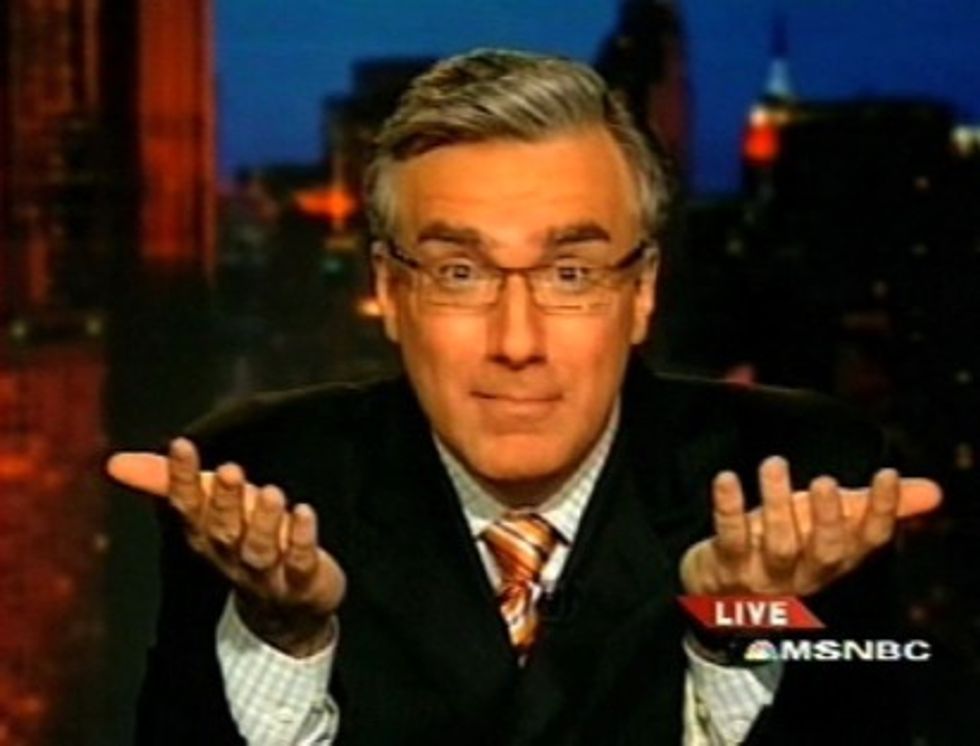 Keith Olbermann is just the sort of guy who wouldbreak a network rule against making campaign contributions, and he's also the sort of guy who would refuse to go on air to apologize to his viewers for such a thing, and apparently this is why his primetime MSNBC show is now an hour-long presentation of Al Roker bloopers hosted by the "dun-dun" sound effect from Law and Order. There still hasn't been word from the network on when, or if, Olbermann's suspension will expire, but there is a serious lesson here people like Olbermann have to learn: Only giant corporations like General Electric are allowed to influence elections with campaign contributions, not their employees.

Network sources tell Playbook that Keith Olbermann was suspended because he refused to deliver an on-camera mea culpa, which would have allowed him to continue anchoring “Countdown.” Olbermann told his bosses he didn't know he was barred from making campaign contributions, although he is resisting saying that publicly. Olbermann may not hold as many cards as he thinks. He makes $7 million a year and MSNBC's prime time is not as dependent on him as it was before the addition of Rachel Maddow and Lawrence O'Donnell, who make considerably less.

Keith Olbermann getting fired from his network and landing on some other teevee channel is like the changing of the seasons, and Chris Matthews just came out of the hole and failed to see his shadow. Expect Keith Olbermann's Pompous Alaska to premiere on TLC before the end of the next year.

UPDATE: The report is now that Keith Olbermann will be back at work on Tuesday. So that's when people can go back to more or less ignoring him. [Mike Allen/NYT]