Keith Olbermann Fired By MSNBC Or Something? 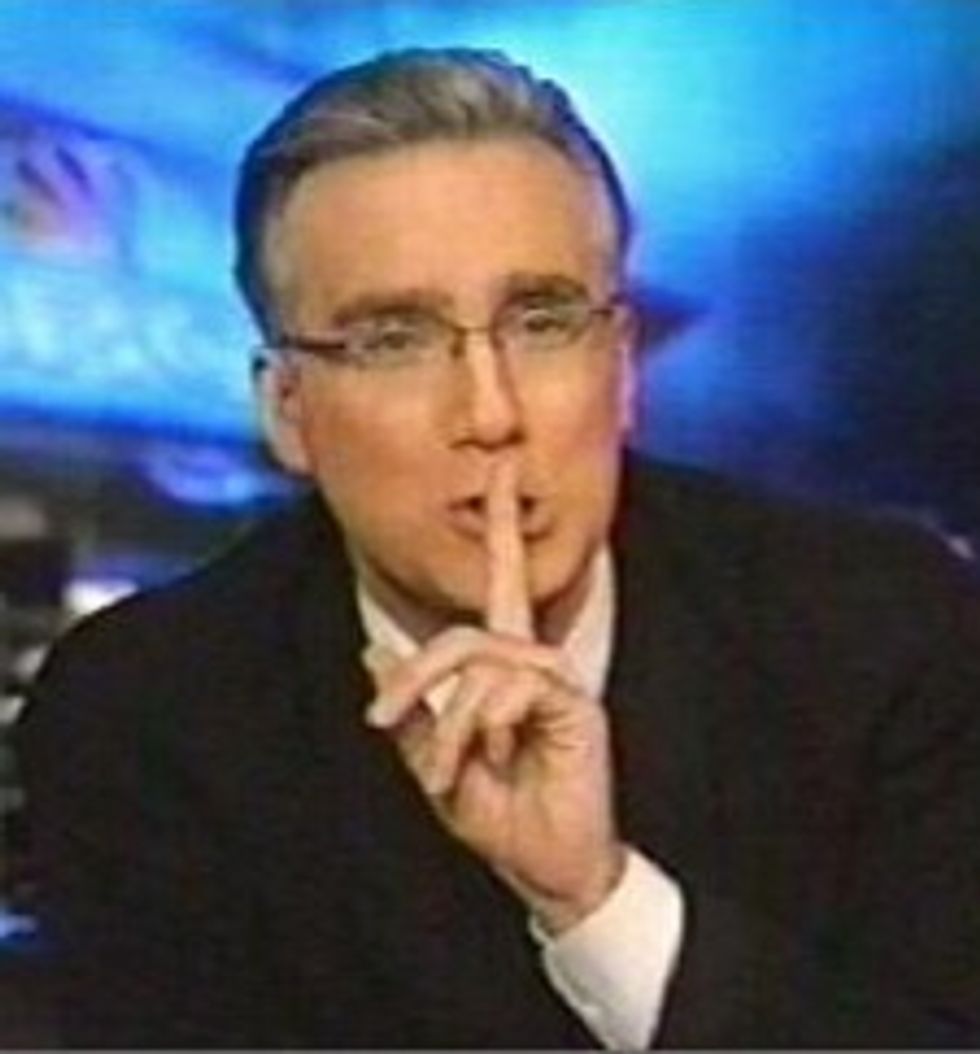 Keith Olbermann did his last MSNBC teevee show! It was a big deal, probably! Was hefired? Were there contract squabbles? How much of his thirty million dollars does he get to keep? Will it be enough, for whatever? All across America tonight (in New York and Washington and Los Angeles, mostly), people who carry dumb electronic mobile media devices "for work" have been looking down as little pop-up things and beeps and alerts tell of the exciting news: Keith Olbermann will no longer do a teevee show he has done for a while now, for this one cable station.

Look, not only have we never watched Keith Olbermann's teevee show, but we were actually named "America's Worst Person" by this guy, on national teevee, for reasons we don't recall -- and by the "royal we" here we mean, "your editor." So, uhh, who cares? But the guy was apparently "popular with liberals," so here's your post about it.

The host, who has had a stormy relationship with the management of the network for some time, especially since he was suspended for two days last November, came to an agreement with NBC’s corporate management late this week to settle his contract and step down.

In a closing statement on his show, Mr. Olbermann said simply that it would be the last edition of the program. He offered no explanation other than on occasion “all that surrounded the show – but never the show itself – was just too much for me.”

Well, at least he's still being incredibly melodramatic and self-obsessed!

People on the teevee are not exactly pleasant, are they? (Except for Rachel Maddow! She has always been very friendly to us, and we have actually watched her show a few times. One funny thing we remember reading about Maddow, years ago, is how she didn't own a teevee when MSNBC hired her. Hopefully she still doesn't have one. They are POISON, complete poison!)

But here is a true fact: Nobody really paid much attention to MSNBC before Olbermann's show. We remember this! A lot of basic cable packages didn't even carry MSNBC back then. (Haha, does anyone remember that "MSNBC" means "Microsoft-NBC"? Because that's what the channel was, originally: a joint venture between Microsoft and NBC News.)

Some of those incredibly boring middle aged potato head guys with current afternoon shows on MSNBC will apparently take over Olbermann's prime-time spot. That should work out great.

According to things we're reading right now that make our eyes water in a confused way, Olbermann apparently got THIRTY MILLION DOLLARS from MSNBC a few years ago, when his contract was renewed. Good freakin' lord. [New York Times]